My Favorite Thing About Uruguay: The Mate Culture 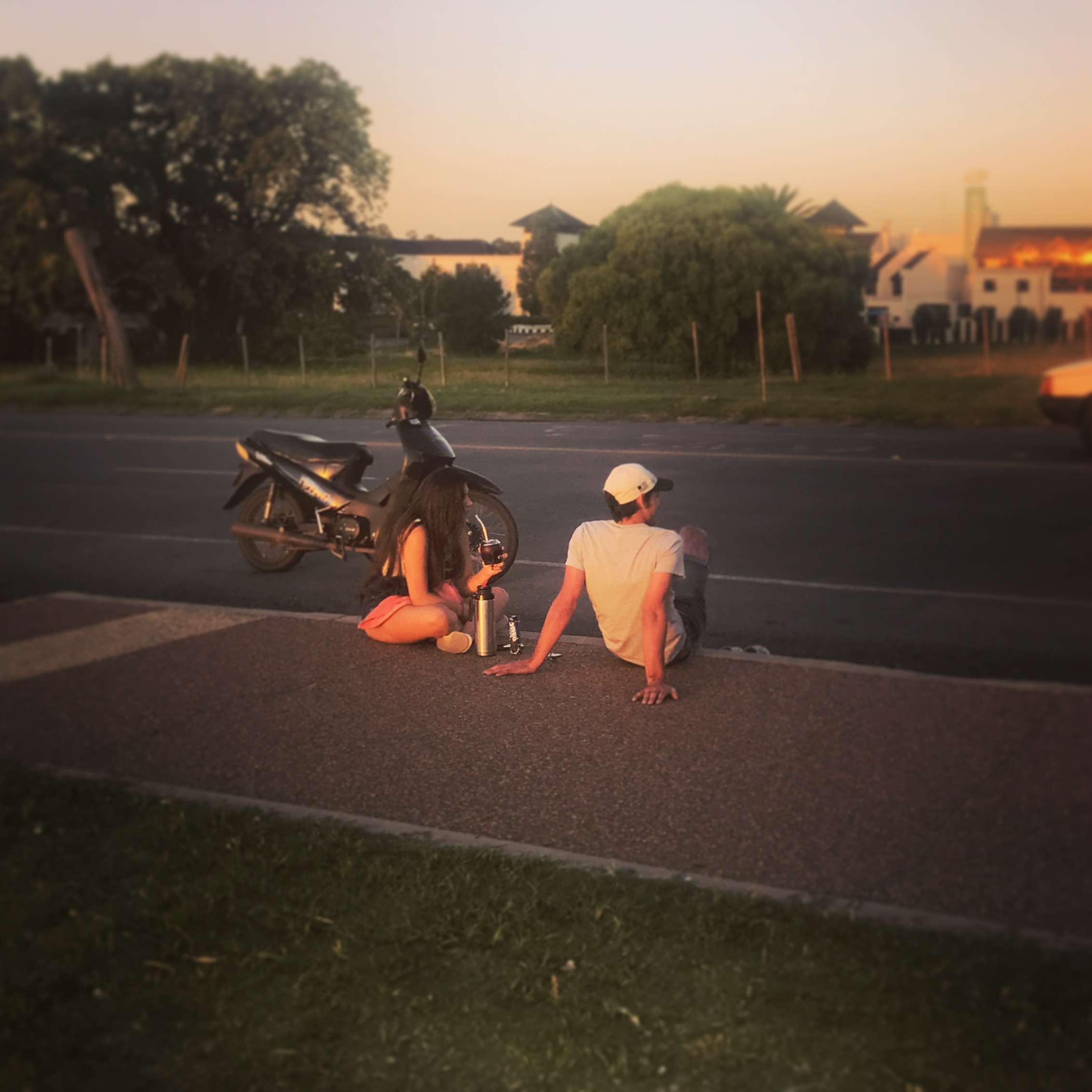 It started as I was boarding my boat to Colonia, Uruguay - a crew member in line was carrying a serious mate cup with the official straw and a thermos in line! It just seemed super inconvenient to carry all that while in line to get on a boat - not to mention to have to pour the hot water from the thermos into the mate cup while on the go. Oh - and how are you supposed to check your phone / take a selfie while holding all that stuff?!!!

But as soon as I landed in Colonia, I noticed soooo many other people - individuals, friends, families - carrying around the setup - mate cup, straw, thermos. For some reason, this completely fascinated me. Part of it was because I actually read about this on Wikipedia, didn’t realize it was really like this, and was surprised that it actually was!

“In Uruguay, people commonly walk around the streets toting a mate and a thermos with hot water.” - Wikipedia

So of course my number one goal upon landing in Colonia was to get some Mate. I asked a waitress in a local brewery (which did not serve mate) where to go and she recommended Deli de las Rosas. I’ve had Mate service before in a restaurant in Buenos Aires, but they brought me the hot water in a tea kettle. In Deli de las Rosas, they actually brought me a thermos!!! The same setup as the locals!!! I was now even more excited: 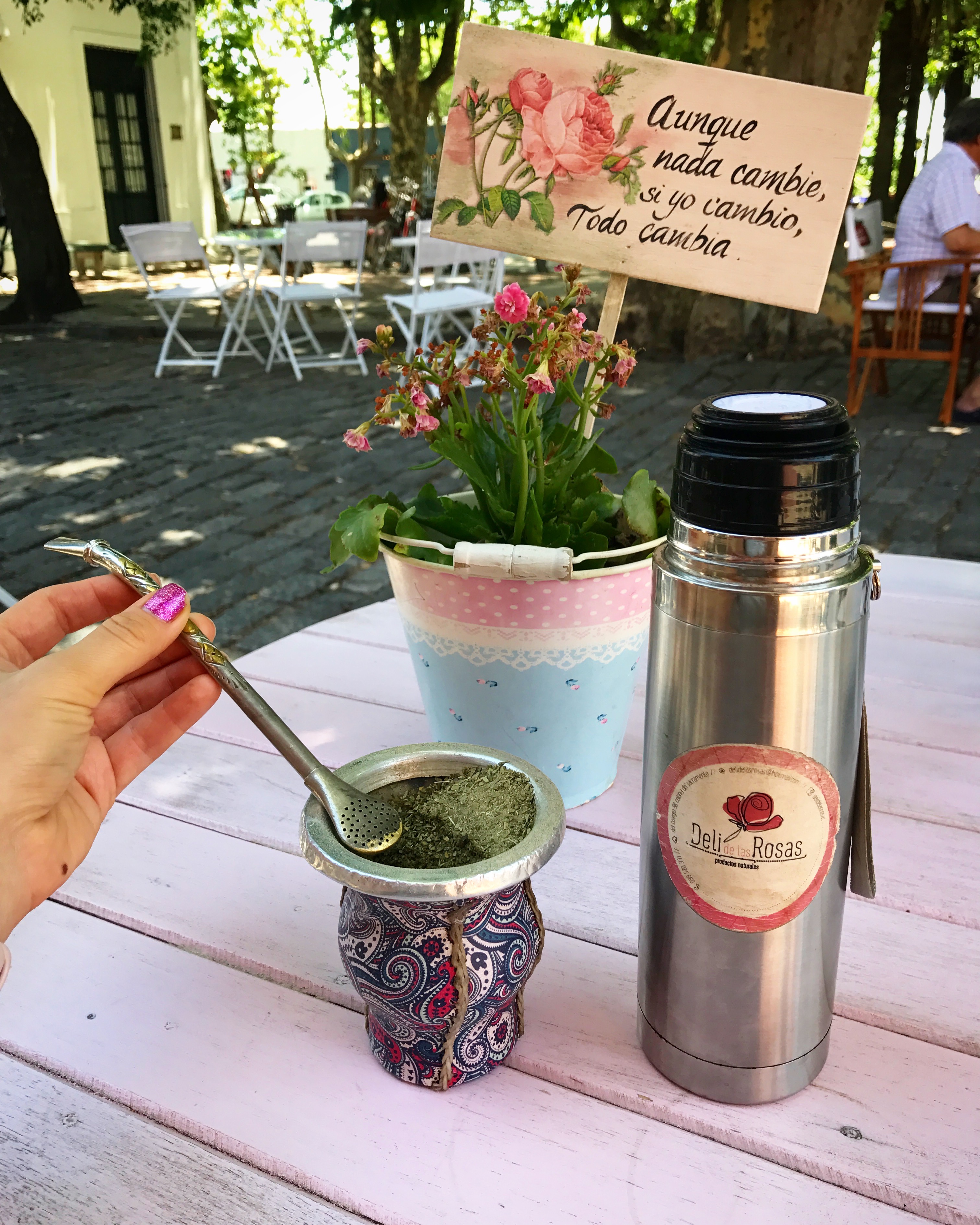 I ordered some snacks, and just really enjoyed sitting there in a cobblestone alley, sipping mate, contemplating the majestic tree I was sitting under, and watching all the beautiful people walking by (many carrying the mate setup!). It was honestly my favorite thing to do in Colonia.

Later I went for a sunset walk along the La Rambla de Colonia, and wow! Everyone was just sitting there with the matte setup: 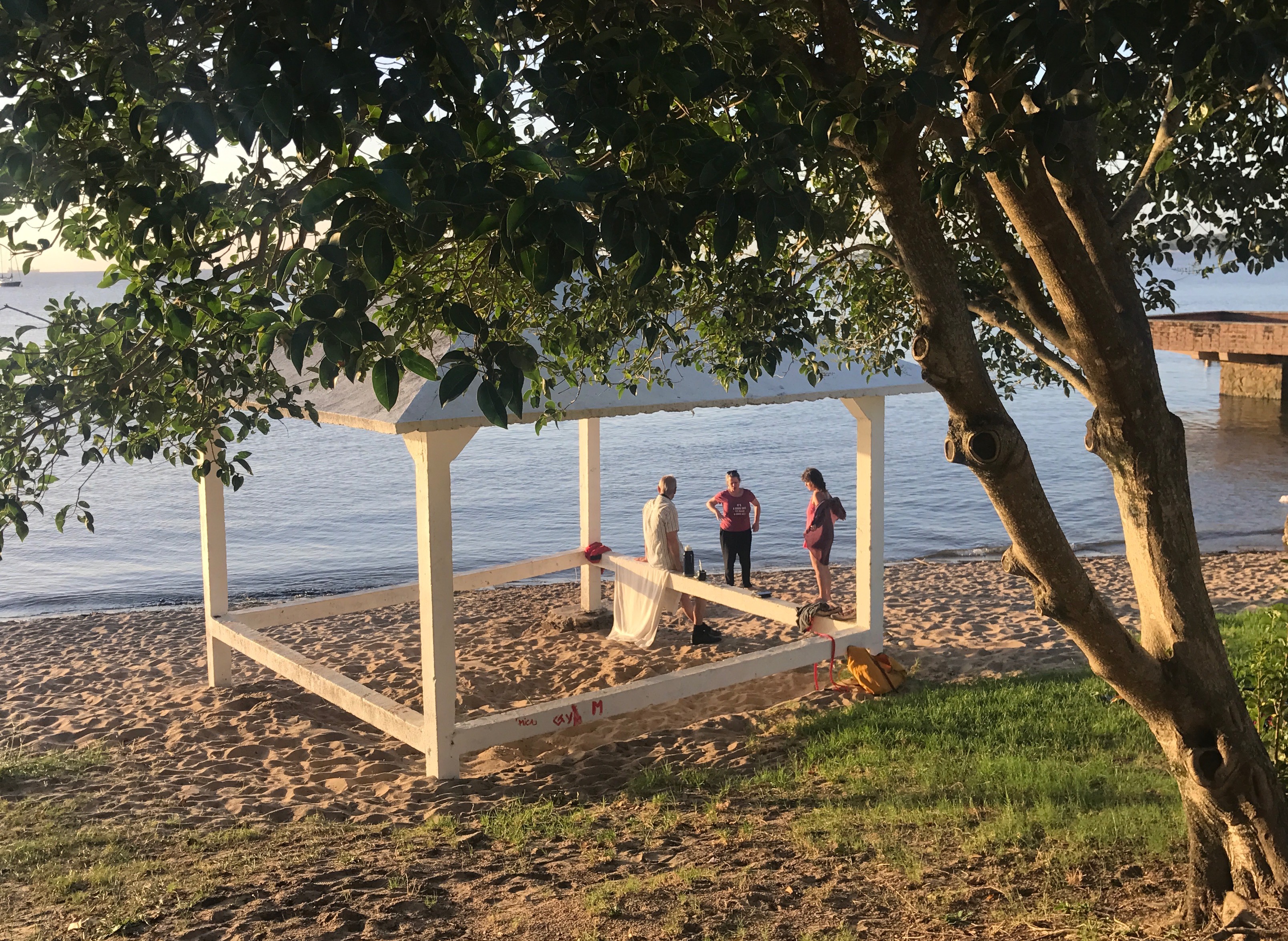 Couples, old people, young people, friends, lovers, families - they all had mate with them! 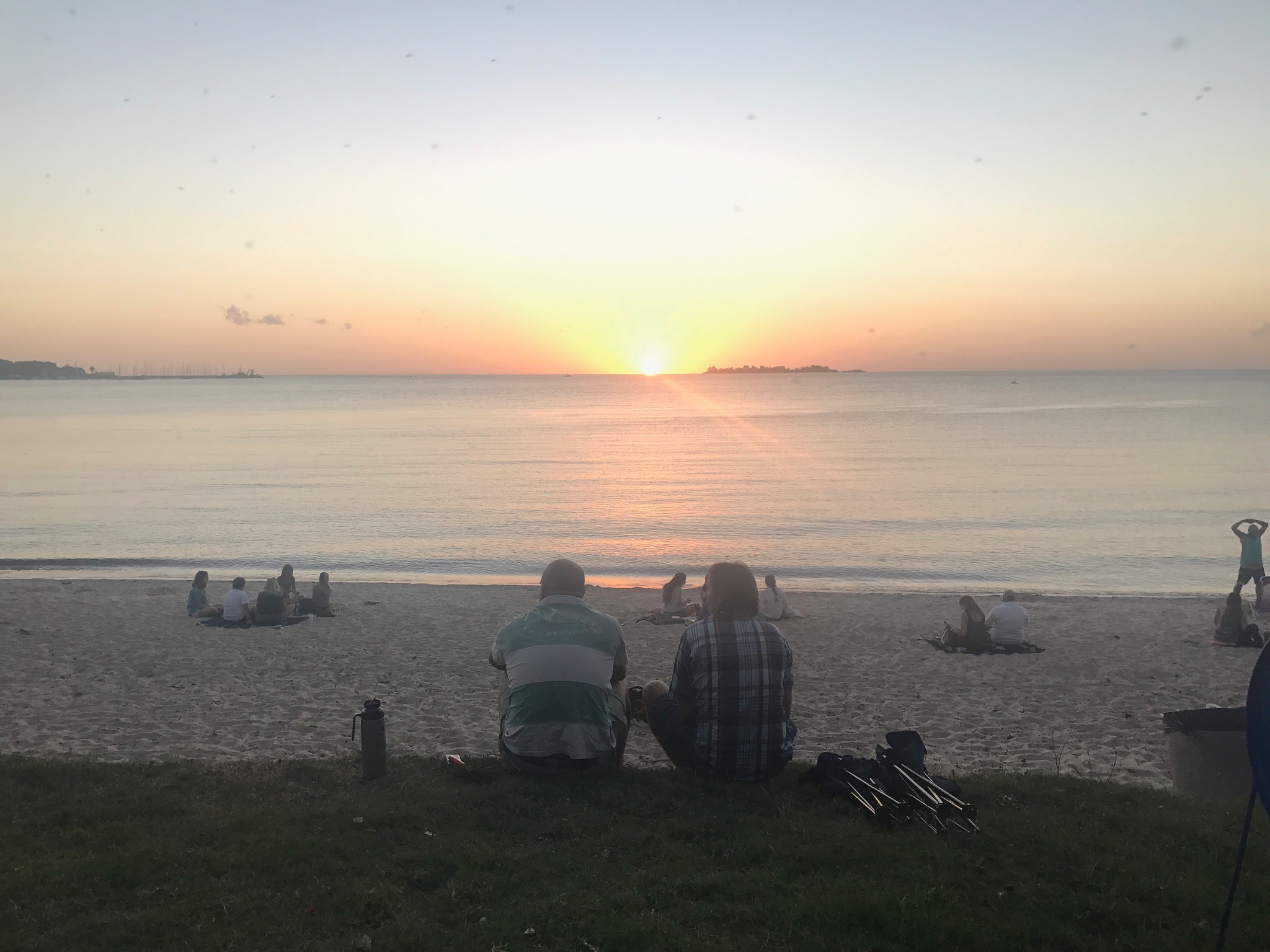 I even saw a young guy riding a bicycle holding on to his mate setup! There were a bunch of young guys on the beach in a circle talking and having fun, with the mate!

Notice that there is always only one mate cup, straw, thermos. People just share the one cup between them! Even yesterday, one of the waiters in the restaurant I was having lunch at just hung out by the restaurant entrance sipping mate - his friend came over, so they shared the mate for a while and chatted!

As I contemplate mate (after which I cannot sleep for two days!), I think of this amazing poem about mate being a lot more than just a drink that @marianoabdala shared with me:

I don’t even want to translate this poem. It is so beautiful in Spanish, the translation won’t do it justice. But it’s the last line that I witnessed the most as I saw all the people enjoying the sunset with the mate: “It (mate) is the ethical, frank and loyal attitude of meeting with no greater pretensions than sharing.” 💜