I once went into a Japanese restaurant that had a big advertisement for “Vegetable Ramen”. I was excited to order it! What actually came out was pork ramen with the addition of extra vegetables on top…

Being vegan in Japan is nearly impossible. I’ve personally given up. There are vegan restaurants here and there in Tokyo, but I’m not the salad type of vegan. I also like sushi too much…

I compensate the going out with eating and cooking plenty of fruit and vegetables at my AirBNB, but that’s an expensive habit. Japan is too small to produce an abundance of fruits and vegetables, so these things are extremely expensive at the grocery store. A small box of maybe 12 strawberries starts at $5 and can go up to $10 - they are the best strawberries you will ever have though…

Anyway, I digress… Last week, I was arriving to Tokyo Station from my amazing skiing adventure when I saw T’s Tantan Vegan Ramen listed as a potential dinner place on Foursquare. Vegan ramen sounded too good to pass up! Finally, a creative and unique Japanese vegan restaurant - not just another salad place! I had to go!

The only big problem is that T’s Tantan is buried inside the big JR Tokyo Station. You have to have a train ticket to eat there. If you enter the station and then exit without taking the train, they will charge you 150 JPY - I learned this the hard way when I left my suitcase in a locker there and went out from the station… Still, not a bad price to pay if you don’t have a ticket!

Luckily, there is a perfect directions tip by Valerie Robertson on Foursqure:

“Its inside the JR line but of the station (Yaseu South exit) - a bit called Keiyo street.” 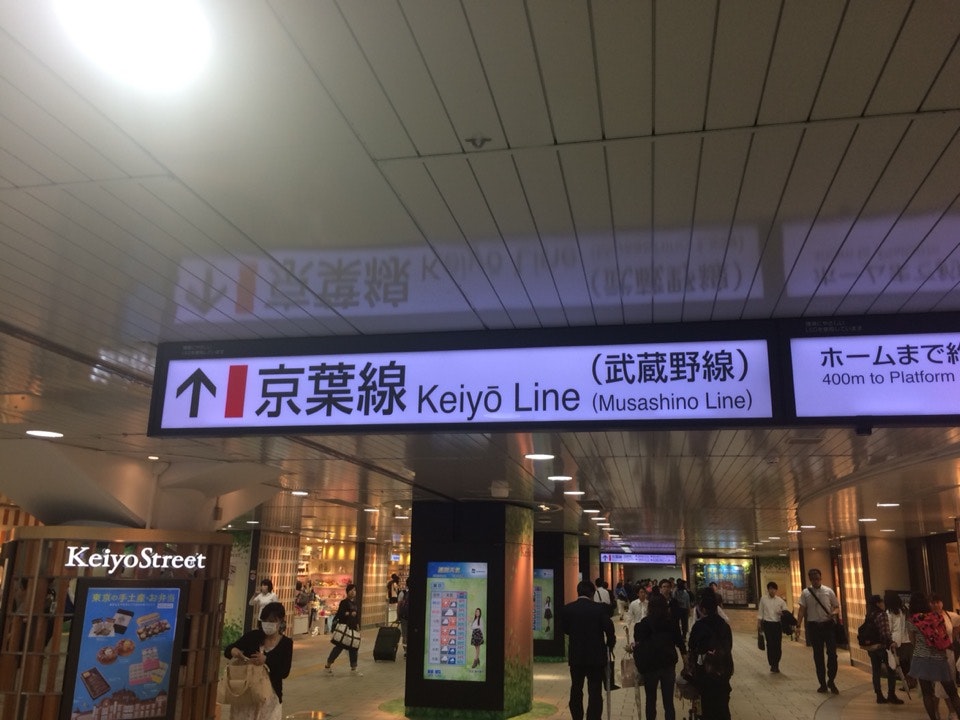 I didn’t even bother opening Google Maps - I just followed the signs for Yaseu South exit and Keiyo street. With these directions, it was super easy to find. Note that it is in the end (or beginning depending on where you’re coming from) of the street, so I was worried I missed it until I saw the big sign: 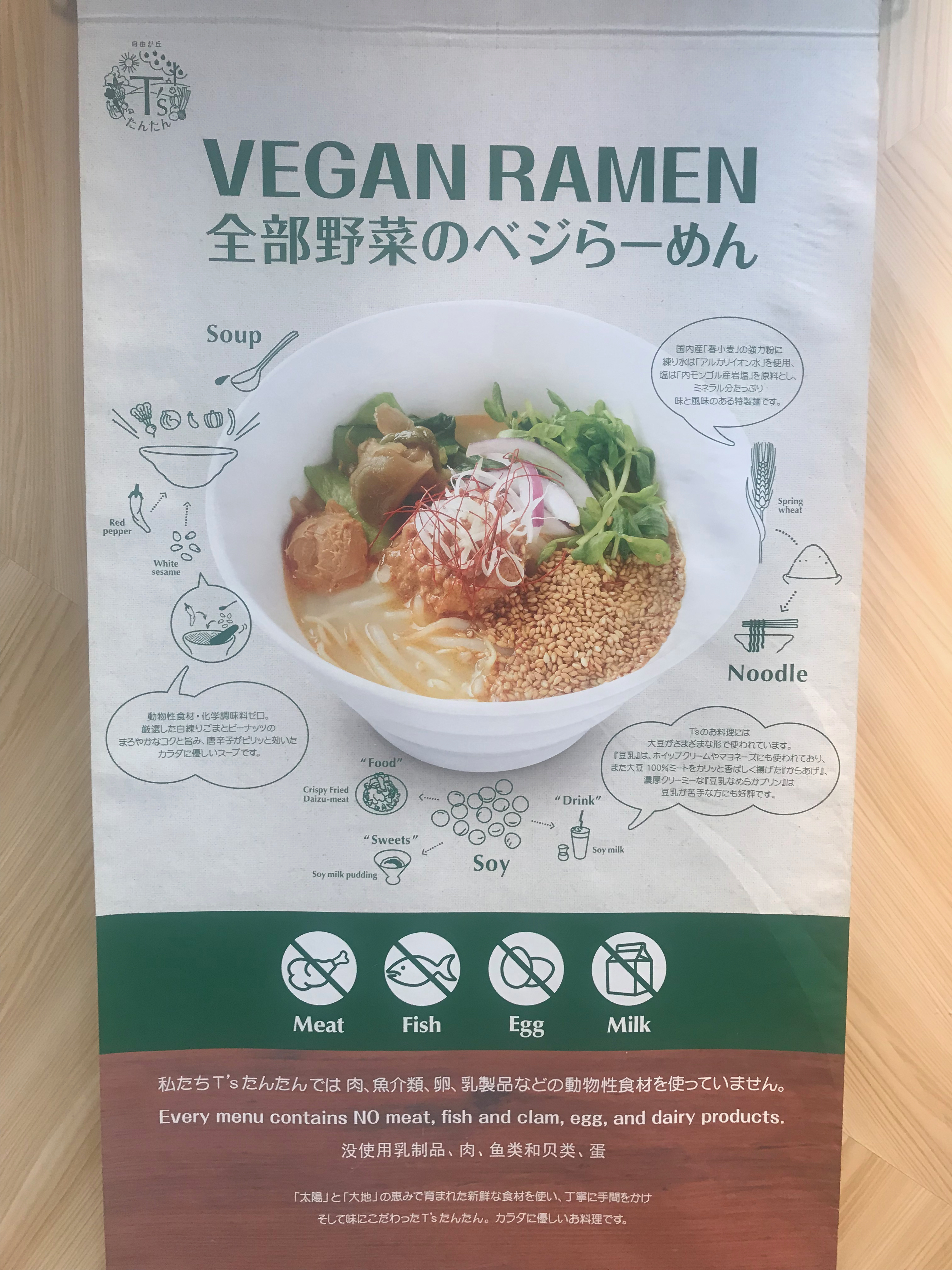 The menu included three main ramens with different toppings and some appetizers: 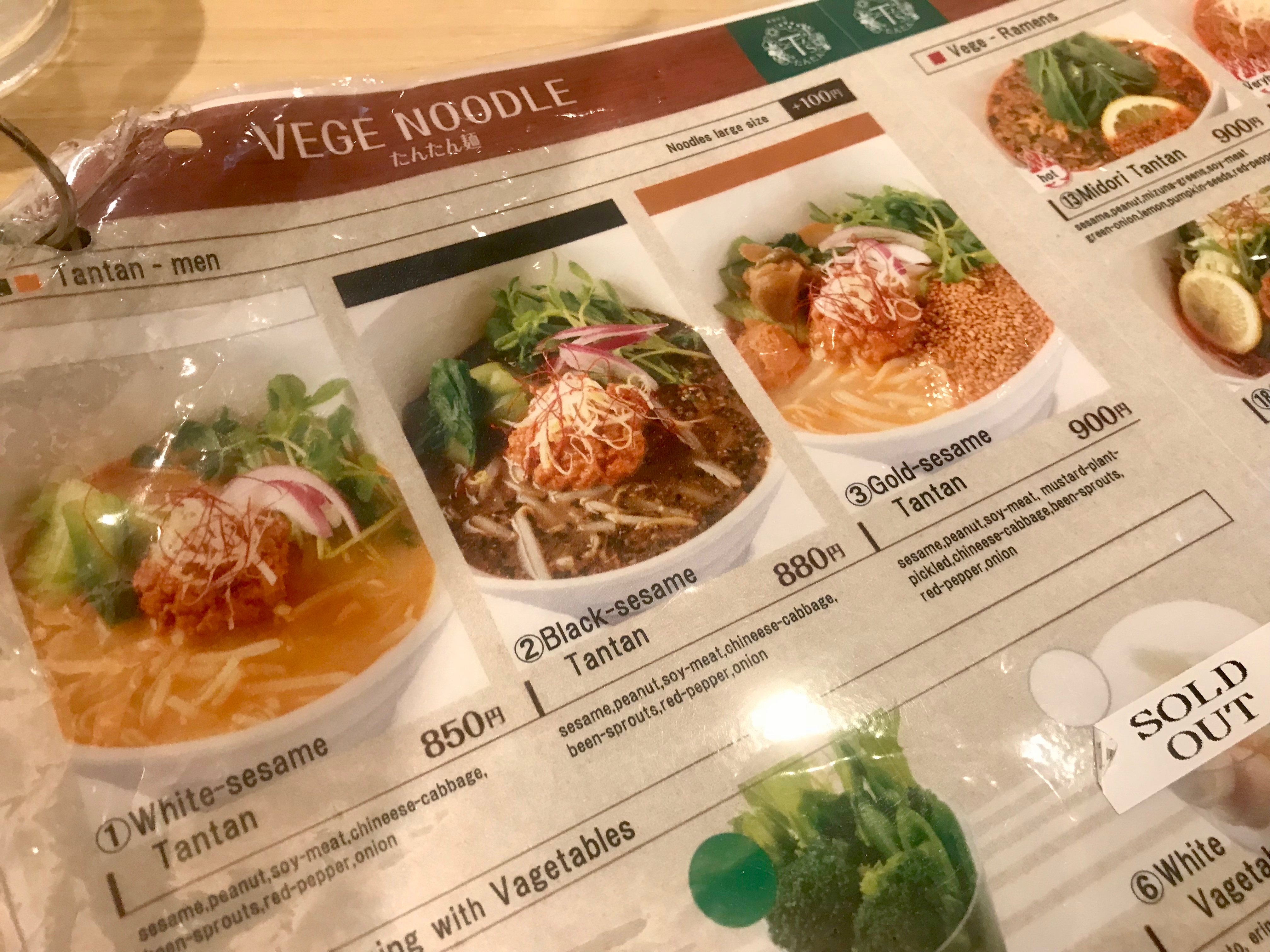 The ramen tasted incredible and very different from actual ramen. It wasn’t one of those vegan dishes that was just trying to disguise itself as the actual thing. It was a dish that stands on it’s own, with it’s own unique delicious flavor that’s very hard to describe - I haven’t had something like this before! It was so good, meat lovers will love it too, as confirmed by the fact that the restaurant was completely packed with Japanese locals and a line was forming as we were leaving.

This is the type of vegan food that I expect from Japan. A creative take on local food. I hope more chefs are inspired to take T’s Tantan’s lead!