How I Became Mostly Vegan 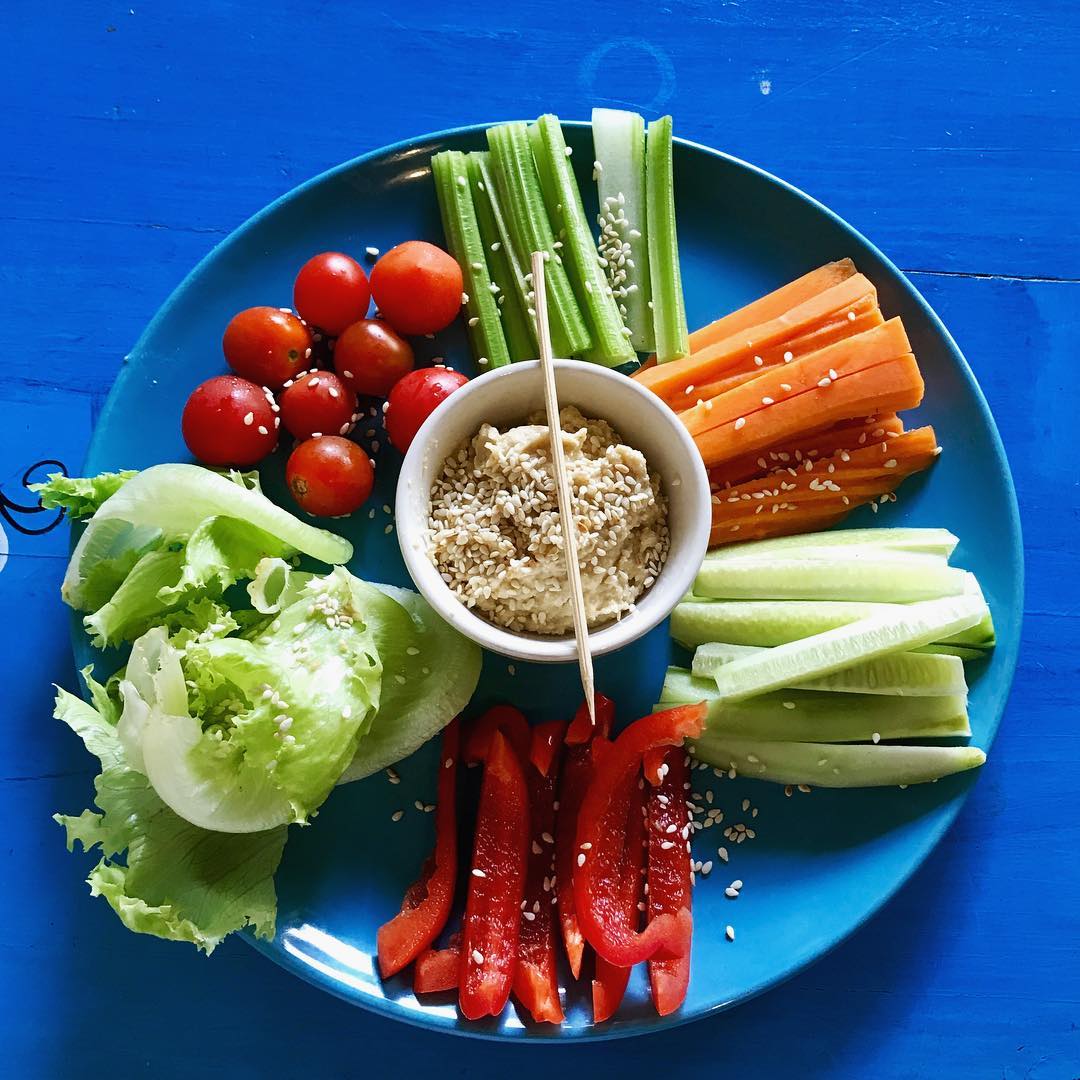 By the time I got to Port Townsend, a tiny town in northern Washington, I was at some of my worst mentally and physically. I made the mistake of traveling to five countries in five weeks, giving a talk at a conference in each location - the Spring 2016 conference season… Since I was traveling so frequently and staying in hotels, I was eating out and not being too healthy. Add the regular stress of travel (in one hotel, I couldn’t even get access to Wifi in my room!), and you’ve got yourself a health disaster.

That first week at Port Townsend, I slept A LOT! Like, the whole week! Just to try to recover. I needed some healing. A massage would be great! But it’s a super small town, so there were not many options, and it was not super easy to look this up on Yelp or Tripadvisor (it’s a really really small town!).

One day, as I was walking around the town, I noticed a sign for Annapurna Center for Self-Healing. I took a picture of it to call them and make an appointment: 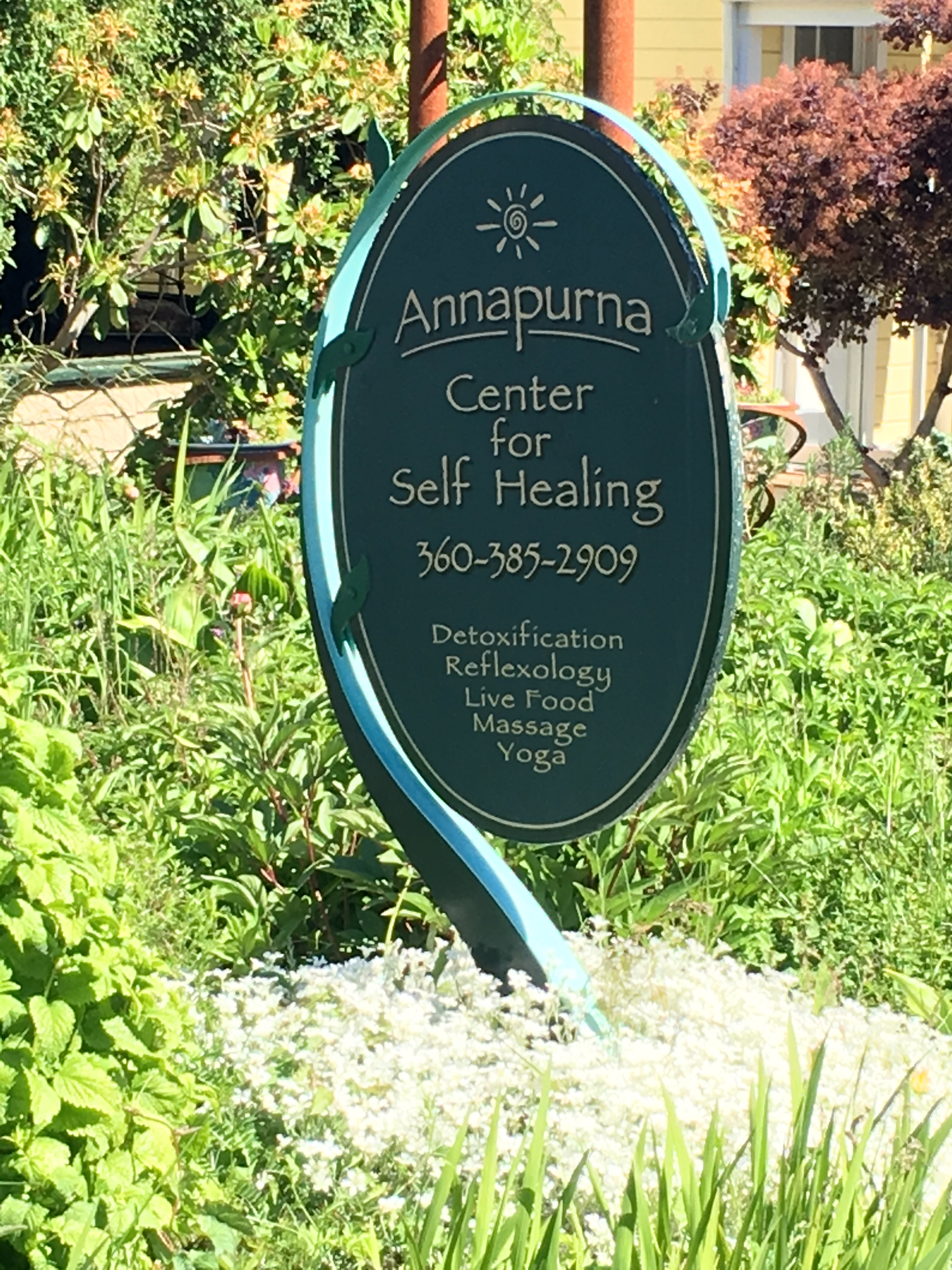 Port Townsend is a gorgeous town of beautiful Victorian houses with incredible gardens. The Annapurna Center fit right in, with a gorgeous garden to enter through, the garden of a healer: 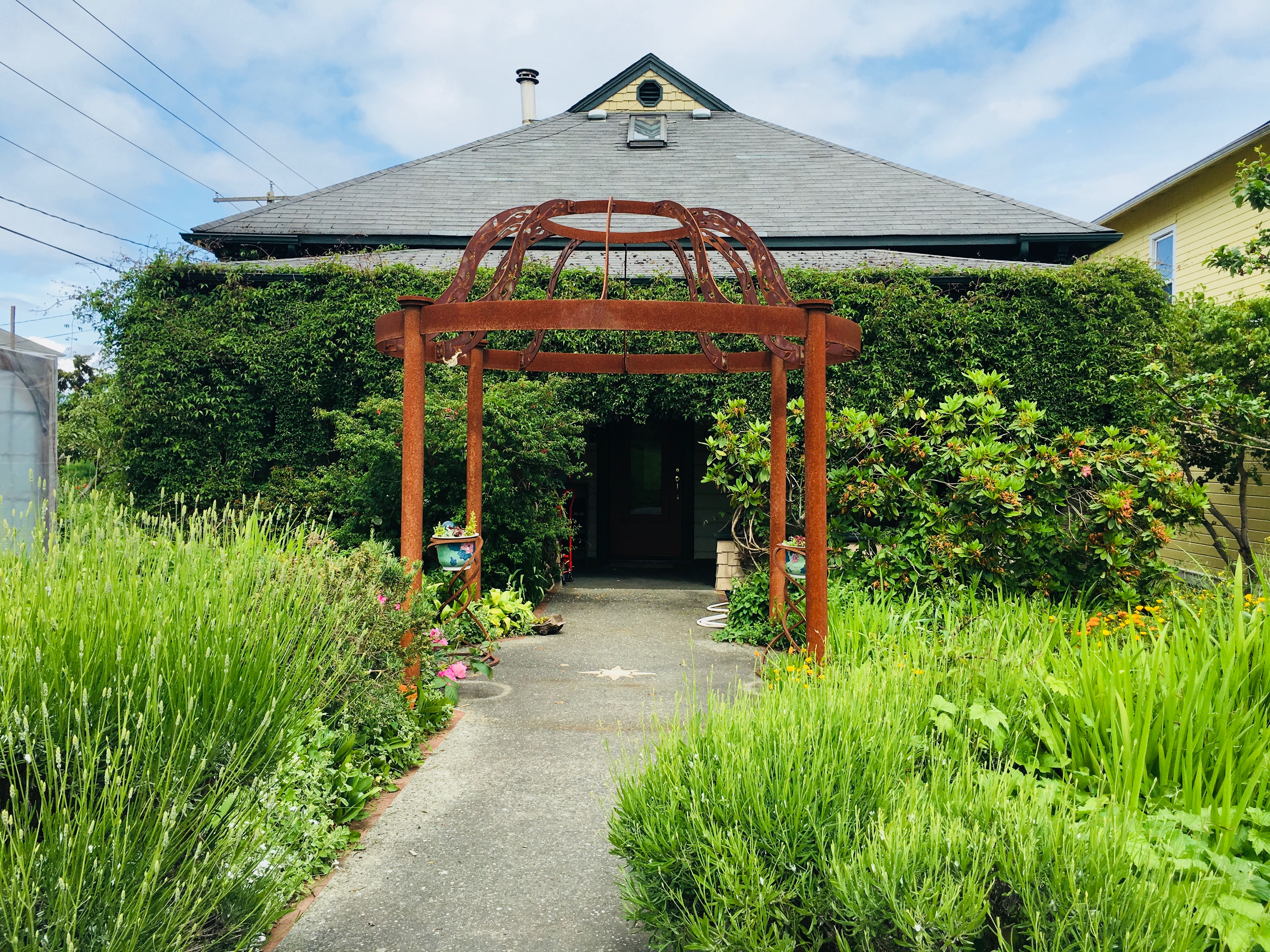 When I walked inside the building, I could immediately feel the healing energy. I immediately knew that the lady who greeted me and asked me to sit down and wait a bit, was a real healer. I just felt good being in the main room of the house, which felt like a home. There were shelves of amazing books that I enjoyed noting down (to read later) as I waited: 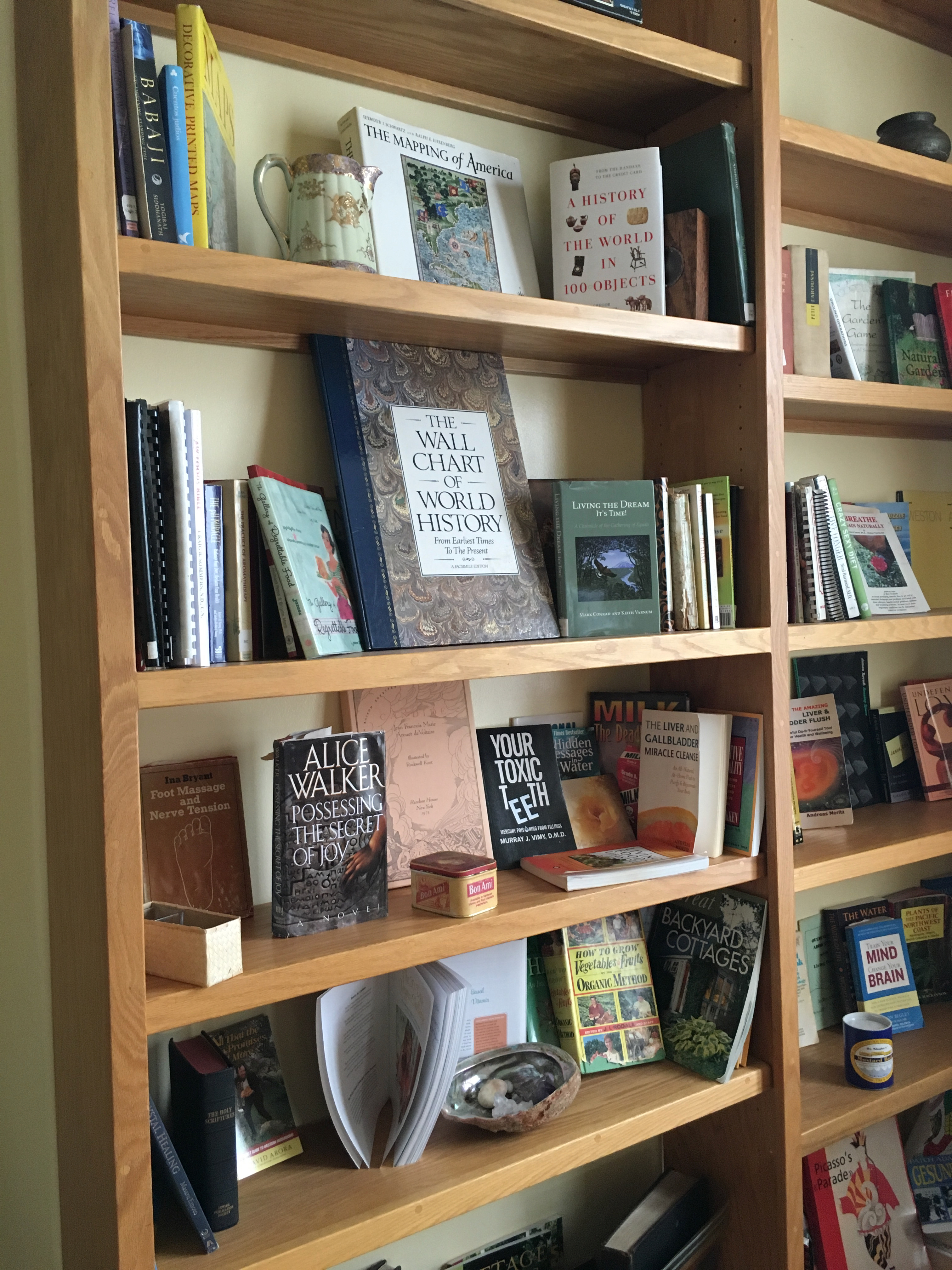 Finally, I went up to the massage room. I enjoyed looking at the note about harmony on tow of the massage bed: 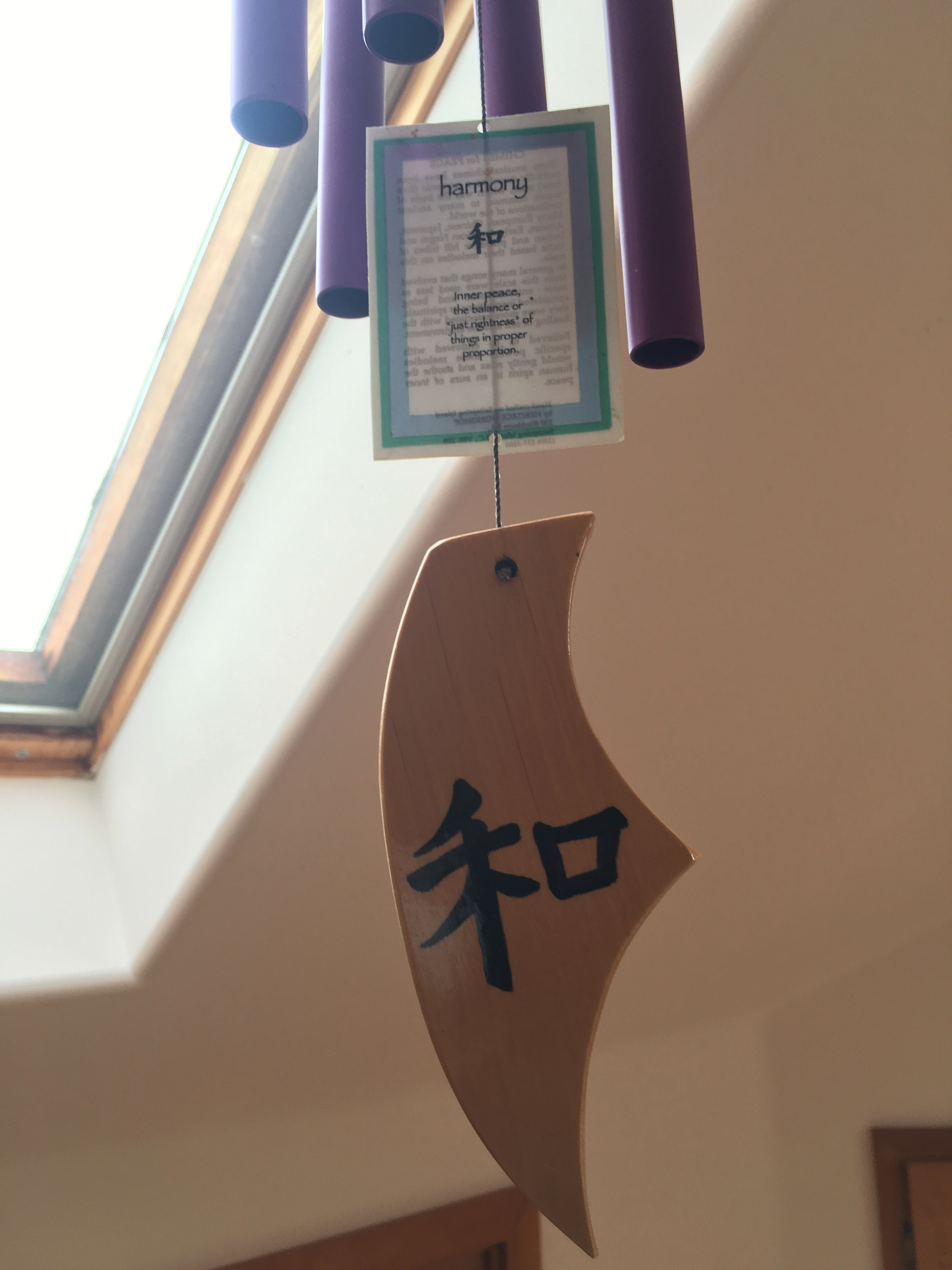 Finally, the session began. It was terrifying. She started with reflexology and suddenly knew everything about my body. Exactly where my pain was. I could barely stop myself from crying (did I mention that I was in a weak physical and mental state?!!). It’s like she could see into my soul!

She knew that I haven’t been eating well. She told me that I need to become vegan. She also told me her own story. She grew up on a farm, ate fresh farm food, but all of her family eventually got cancer and died.

In her 20s, she discovered several lumps in her own breasts. She went to the doctor, who told her that these were not cancerous and also that there was nothing she could do about them. She started doing research and became vegan. Within 6 months of her stopping drinking milk, her breast lumps disappeared.

And here she was - an old lady with a successful business healing people in a beautiful small town.

That story resonated, and also the part where she told me to become vegan. It was almost like I already knew that, but I needed her permission.

When I went to the grocery later that day, I went to the meat aisle and realized that I don’t actually like meat. There is this amazing quinoa dish I make - it’s made with vegetables and chicken. I always eat the chicken first to “get it over with”, so I can actually enjoy the rest of the dish.

My dislike for milk is even worse. I haven’t been able to drink it since I was forced to as a child. Now that I travel the world, I can’t even eat foods that look milky, even when I now it’s coconut milk curry.

I’m also not big on cheese - I haven’t liked it most of my life, although there are periods where I’ve found a few cheeses that I got obsessed over (looking at you Whole Foods Truffle Gouda!). I do have a weakness for ice cream though…

Overall, becoming a vegan for me was not a big deal. I already didn’t care for meat or milk that much. The only reason I haven’t given up meat earlier was because I was told that I need meat for protein.

Well, turns out, this is all false advertising. Plants have protein too! And your body can make protein.

I’m not an extremist, so I decided that if I’m craving meat or if I’m in a foreign country and they have a very special meat delicacy (looking at you Kobe beef!), then I’ll try it. But most of the time, I’d be vegan.

I’ve been mostly vegan since that May 2016 in Port Townsend. Some places it’s harder to be vegan than others. I have a big weakness for Italian and Japanese foods, for example. So when I’m in those countries, I’m a lot less vegan. Luckily, after tasting the real and best Italian and Japanese foods, I’m not tempted to have these (except when I crave sushi occasionally) when I’m outside those countries.

In India, it is super easy to be vegetarian at least - it’s hard for me to tell when a meal has milk products in it, but I try as best as I can to avoid the milk. In Thailand, I’m not even tempted to eat the meat dishes - I don’t trust the meat and they put sugar into everything. Luckily, Thailand has many vegan restaurant options for foreigners. In Argentina, the steak country, I tried a steak just because that’s the national food, only to confirm that I do not like steak. Instead, I happily visited the local fruit and vegetable stalls and cooked.

Before becoming vegan, I expected my body to melt from the lack of protein. To become weak and fragile. To be sick all the time. That was why I never did become vegan. But after the healer at the Annapurna Center finally gave me the permission, it just felt right!

Being mostly vegan (sometimes for 1-3 months fully vegan), I’ve only experienced the opposite of what I expected. My mind is clear, my skin problems are better, my digestion is great, I lost a bunch of weight, and I feel good.

I always had a little bit of fog in my brain (a slight headache maybe) and vision problems before. Now, all that has cleared up. I have a lot more energy. Before, I would have no problems sleeping in and needed to take naps throughout the day. Now I can’t sleep in even if I wanted to! And no naps are required.

Recently, I read The China Study - it’s a bit controversial in research - but I found the part that explains the marketing budgets of milk and meat companies in the U.S. completely fascinating. That is where my misconceptions about having to get protein from meat and calcium from milk came from! It was planted there by clever and misleading marketing. I can get all of these nutrients and more from plants.

As a nomad, health is my top priority. I will continue being mostly vegan. But if I encounter non-vegan food that is a true experience, not just another regular meal, I will try it. You only live once after all (* not according to some religions, but you get my point)!

BONUS: The healer at the Annapurna Center also mentioned The Amazing Liver and Gallbladder Flush, a book written by her mentor. I read the book right away in Port Townsend and did the flush several times with incredible results. It’s a bit extreme though. Remember, you are the only one who can truly take care of your own health!