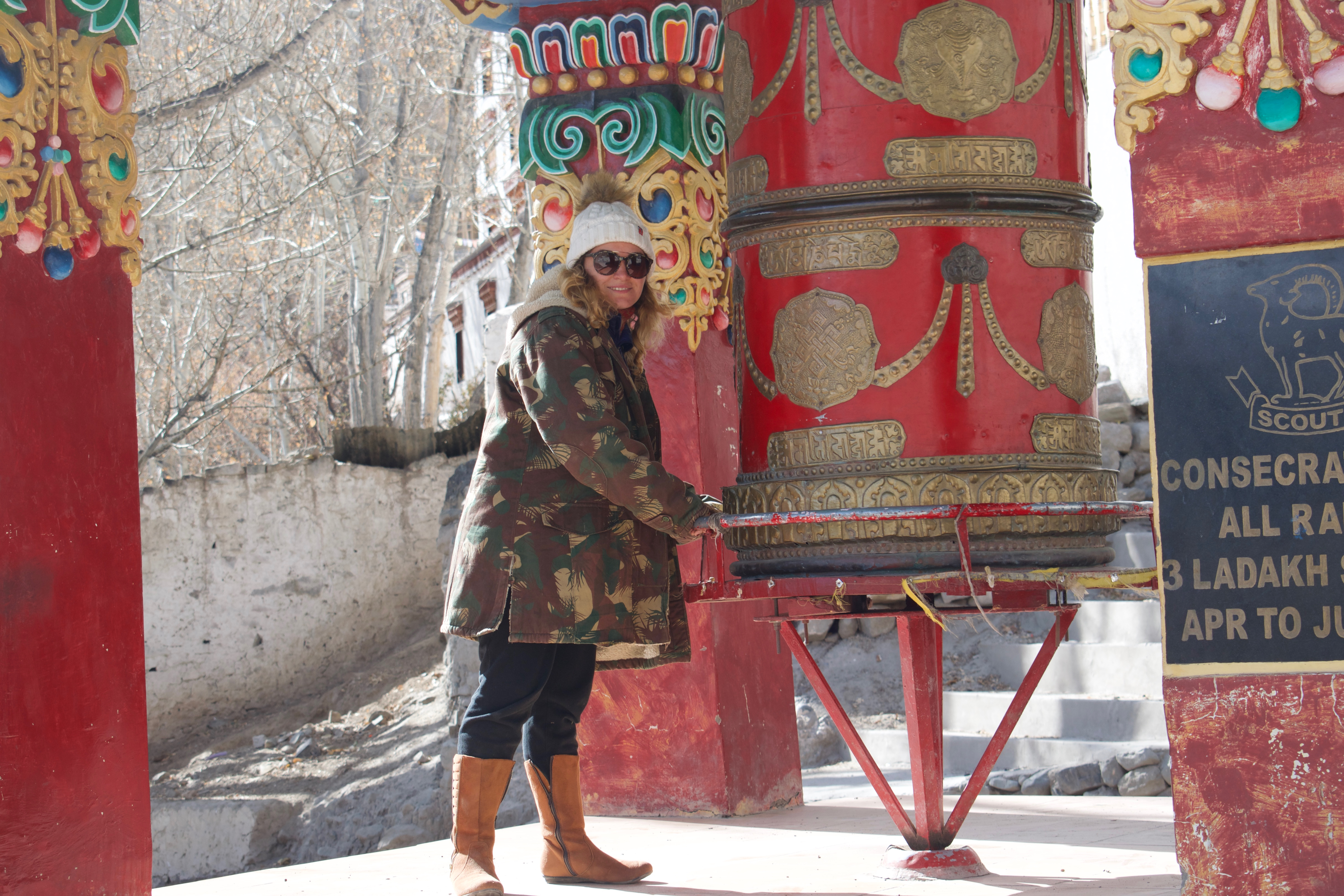 “Tibetan prayer wheels (called Mani wheels by the Tibetans) are devices for spreading spiritual blessings and well being. Rolls of thin paper, imprinted with many, many copies of the mantra (prayer) Om Mani Padme Hum, printed in an ancient Indian script or in Tibetan script, are wound around an axle in a protective container, and spun around and around. Typically, larger decorative versions of the syllables of the mantra are also carved on the outside cover of the wheel.

Tibetan Buddhists believe that saying this mantra, out loud or silently to oneself, invokes the powerful benevolent attention and blessings of Chenrezig, the embodiment of compassion.

I have never seen a Prayer Wheel before traveling through Leh, Ladakh. They’re everywhere!

There are HUGE beautiful ones: 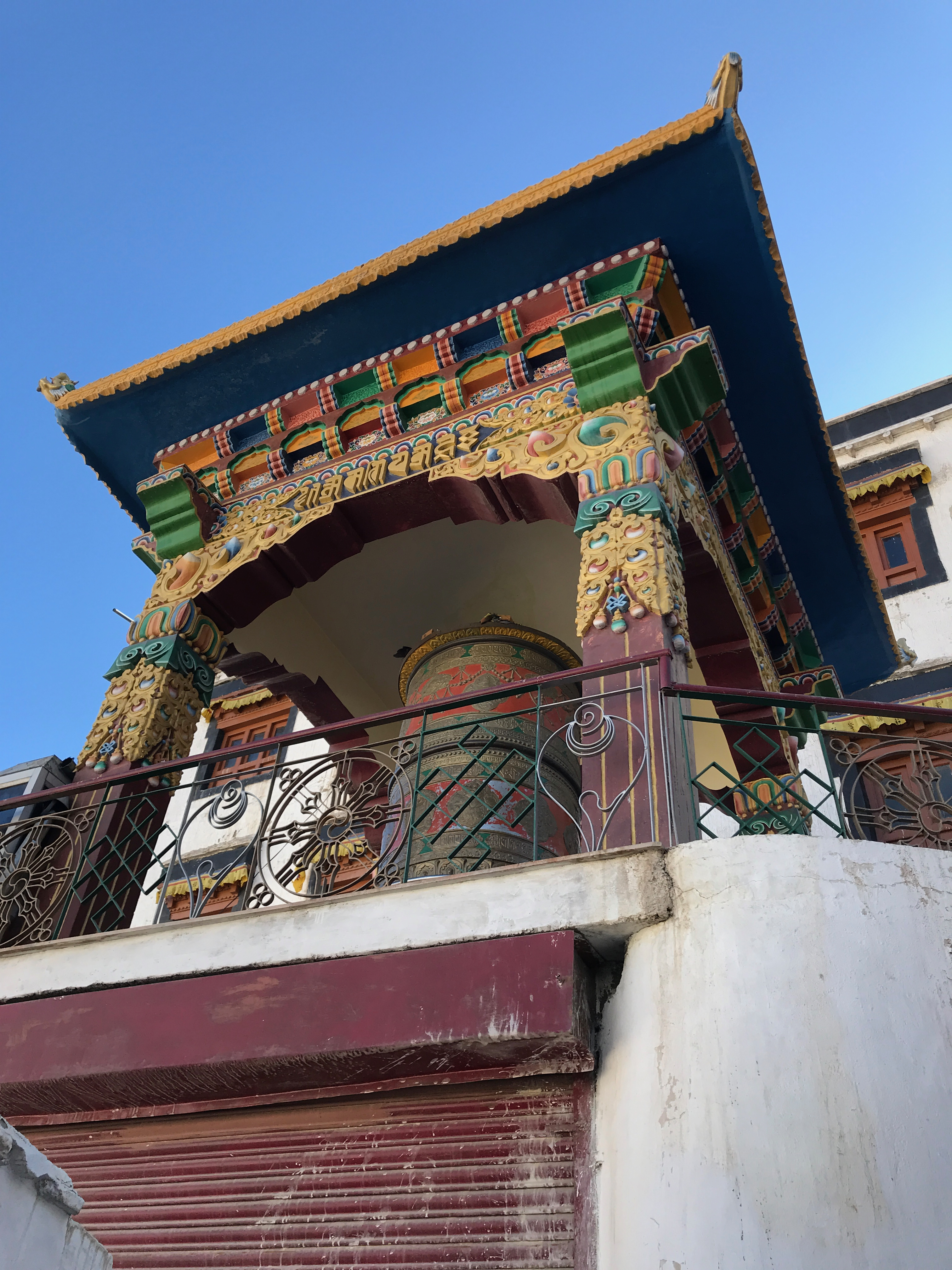 And then there is a multitude of simpler ones like these: 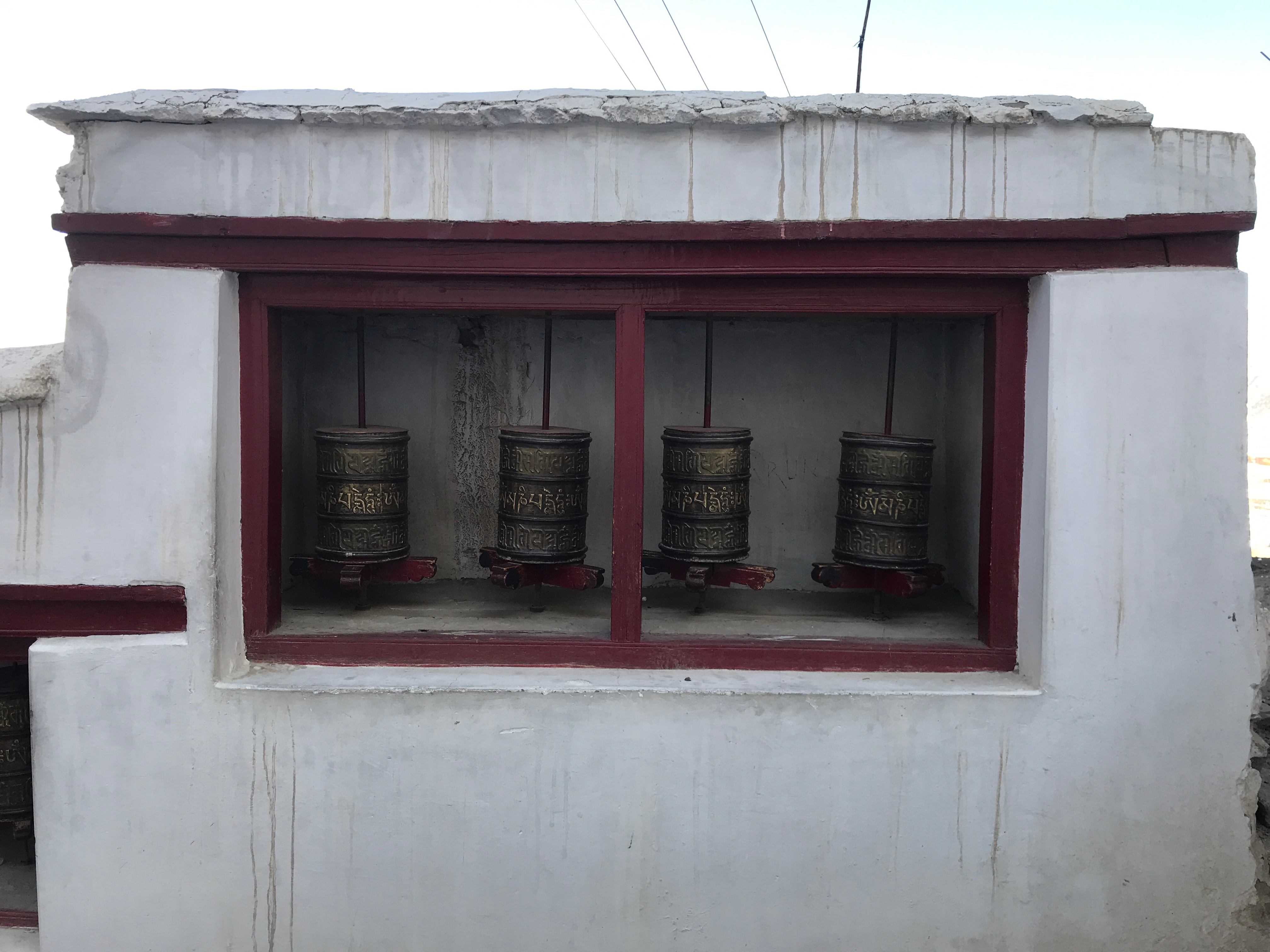 The locals also have their own mini-version portable wheel that they carry with them: 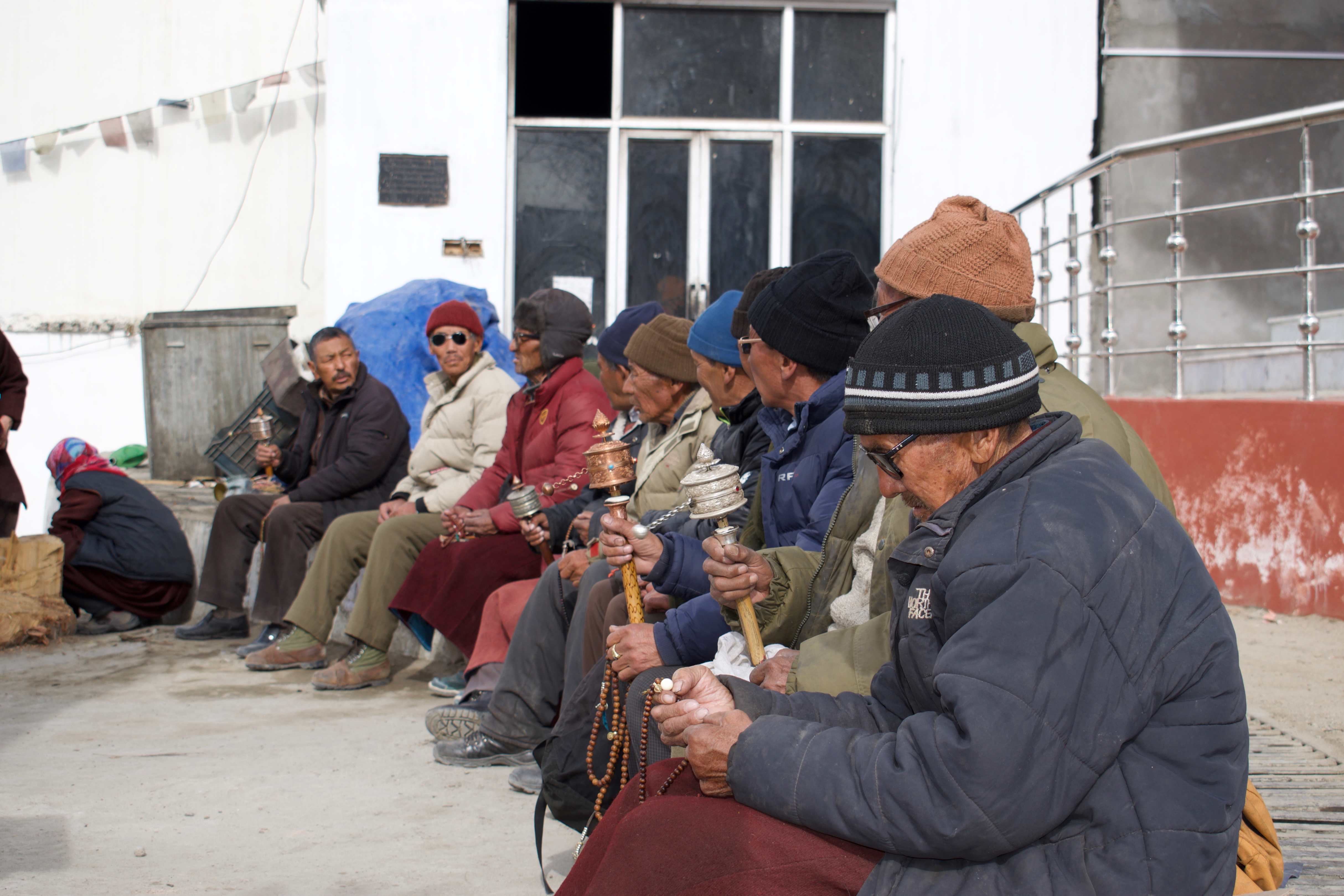 This one guy was in a complete trance with his own prayer wheel + beads at a temple we visited:

I personally, just LOVED spinning these whenever I got a chance!