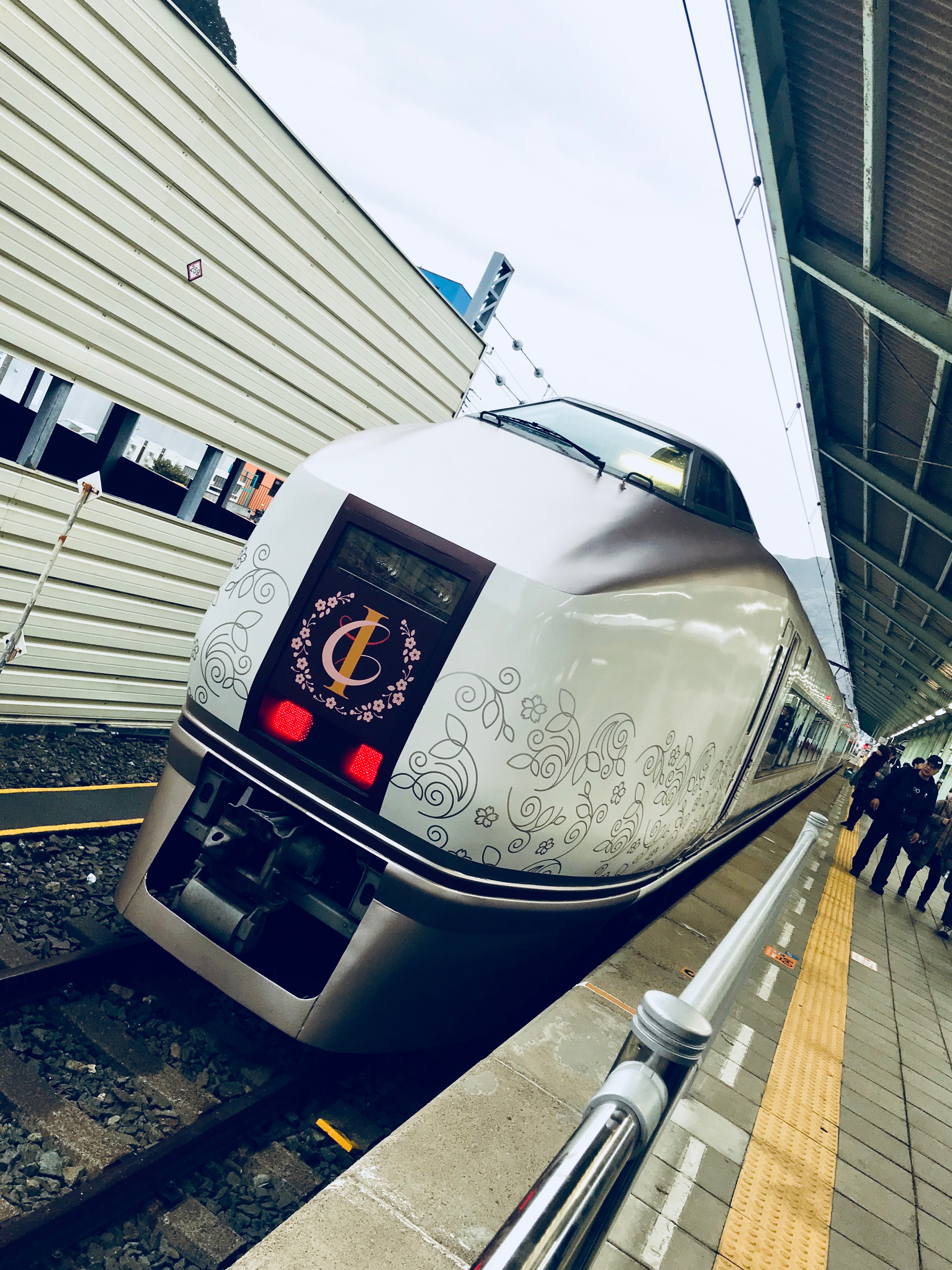 At the Oiso train station, where I’m currently staying in Japan, I kept seeing an ad for a beautiful train ride… 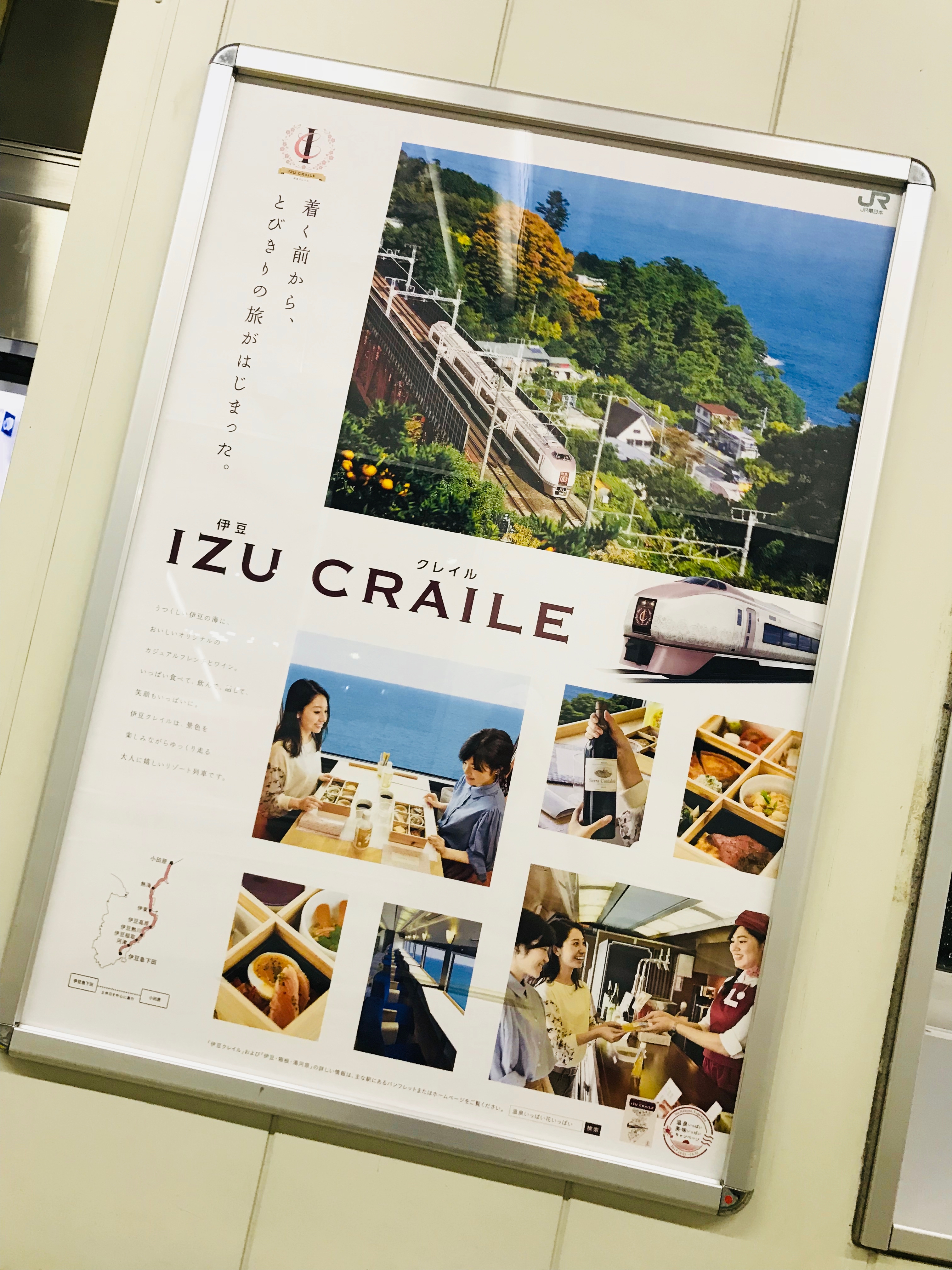 After walking past it a few times, I could no longer resist! I had to know more! I looked it up on Google and learned, to my delight, that Japan has a bunch of incredible Joyful Trains - the trains range from creative concepts such as a modern art train to a foot bath train to a World War II locomotive train to, yes, even a Pokemon train!! Amazing!!

Since Izu Craile was the one right by where I’m staying, it was a no brainer to make a day out of it!

“The IZU CRAILE is a resort train with a sleek, elegant look. Surrounded by beautiful natural scenery, passengers can engage in pleasant conversation while leisurely enjoying foods and drinks specially created with ingredients from Izu.

The four-car train formation includes three cars with seating and a lounge car with a service counter. Service began on Saturday, July 16, 2016 between Odawara and Izukyu-Shimoda Stations. The exterior is redesigned to incorporate a softer, more feminine touch into the otherwise powerful image of the 651-series limited express car. Depicting the cherry blossom trees, sea wind and rippling waves of Izu in golden pink lines, the new design is an apt fit for this elegant resort train created for adults.

Overseeing the on-board food preparation is Sakura Akimoto, owner chef of the popular French restaurant Morceau. With a motto of ‘beautiful, fun and friendly,’ the food creations express the four seasons through the year with fresh Izu ingredients.”

I couldn’t find the train schedule online, and I was confused at how to buy tickets. So I just went to Odawara Station, where the train leaves from, since it’s not that far from me and I was going through there on adventure anyway. At Odawara, I went into the JR Ticket Office and asked for the ticket. But don’t worry, if you’re in Tokyo, you can get the tickets at a JR Ticket Offices there - for me, Odawara just happened to be the closest.

Apparently, the train runs only during the weekend and holidays, so not that often. It is also sold out in advance. And I wanted to sit by the window of course! With all these conditions, the next available train ran on January 8th, Japan’s Coming of Age Day.

I got my ticket with an assigned car and seats! 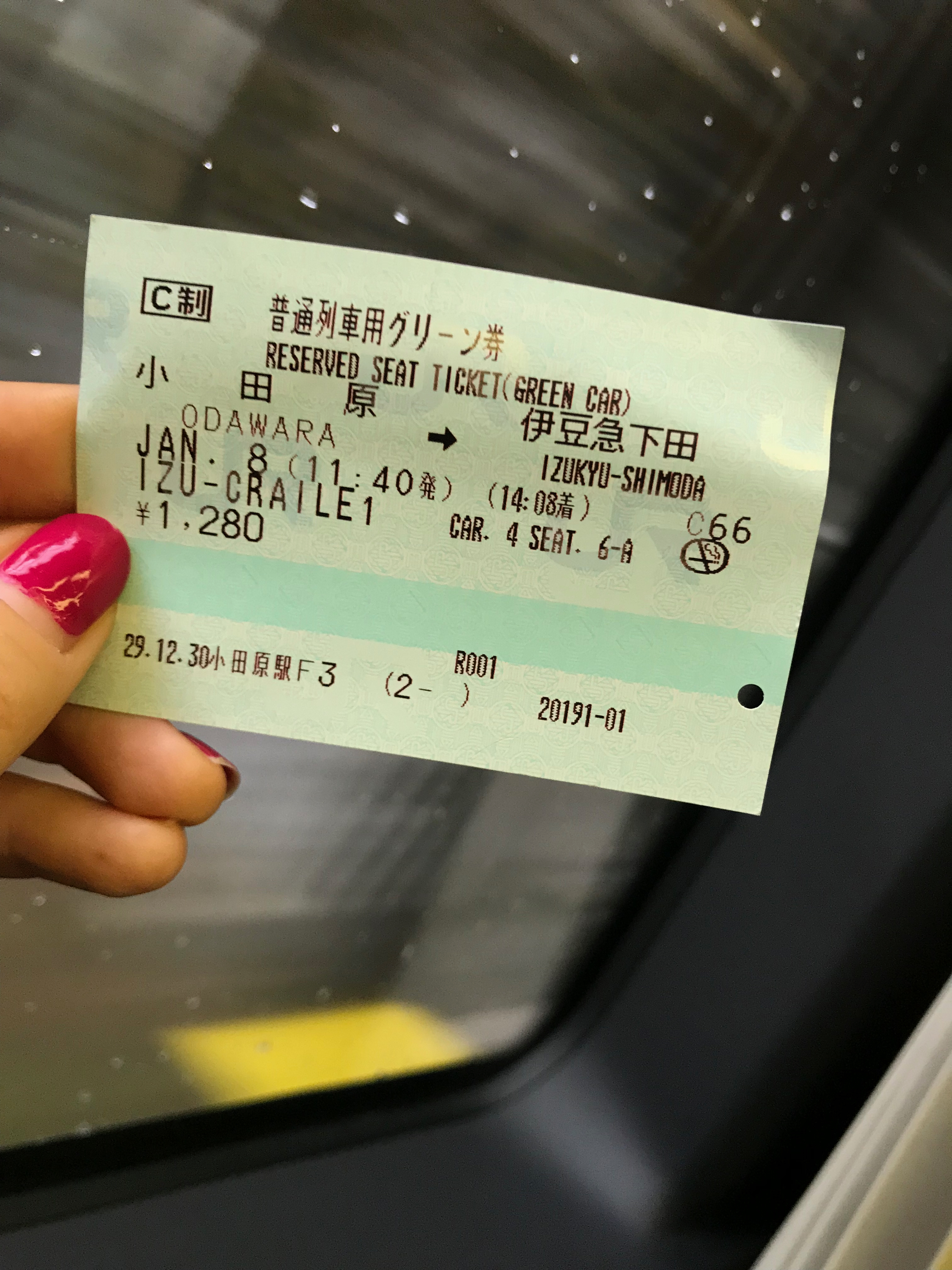 The train was going to leave at 11:40am and arrive at the final destination by 2:08pm. Perfect for lunch!

As I mentioned, the train leaves from Odawara station at 11:40am. I decided to get there early and explore Odawara. The main attraction is the Odawara Samurai Castle: 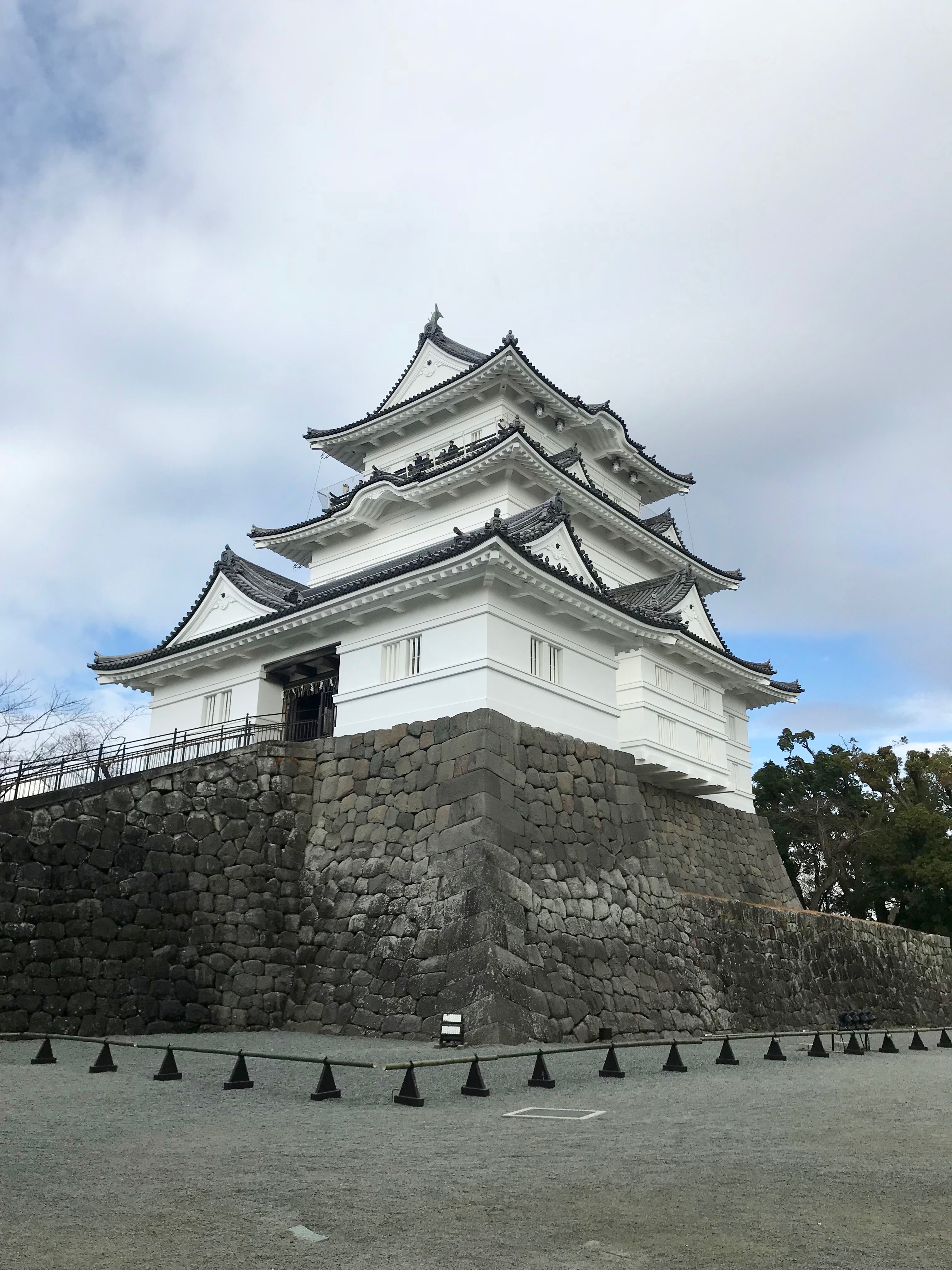 It is the 7th largest Samurai Castle in Japan, and it takes about 1.5 hours to explore, including walking there from and back to the station. I don’t think it’s worth it’s own trip, but it’s definitely a nice addition to exploring for the day. I really enjoyed the animated exhibit in the Soul of the Samurai museum exhibit next to the castle.

I still had a little time before the train left, so I got some matcha and a sweet snack at one of the cafes at the station: 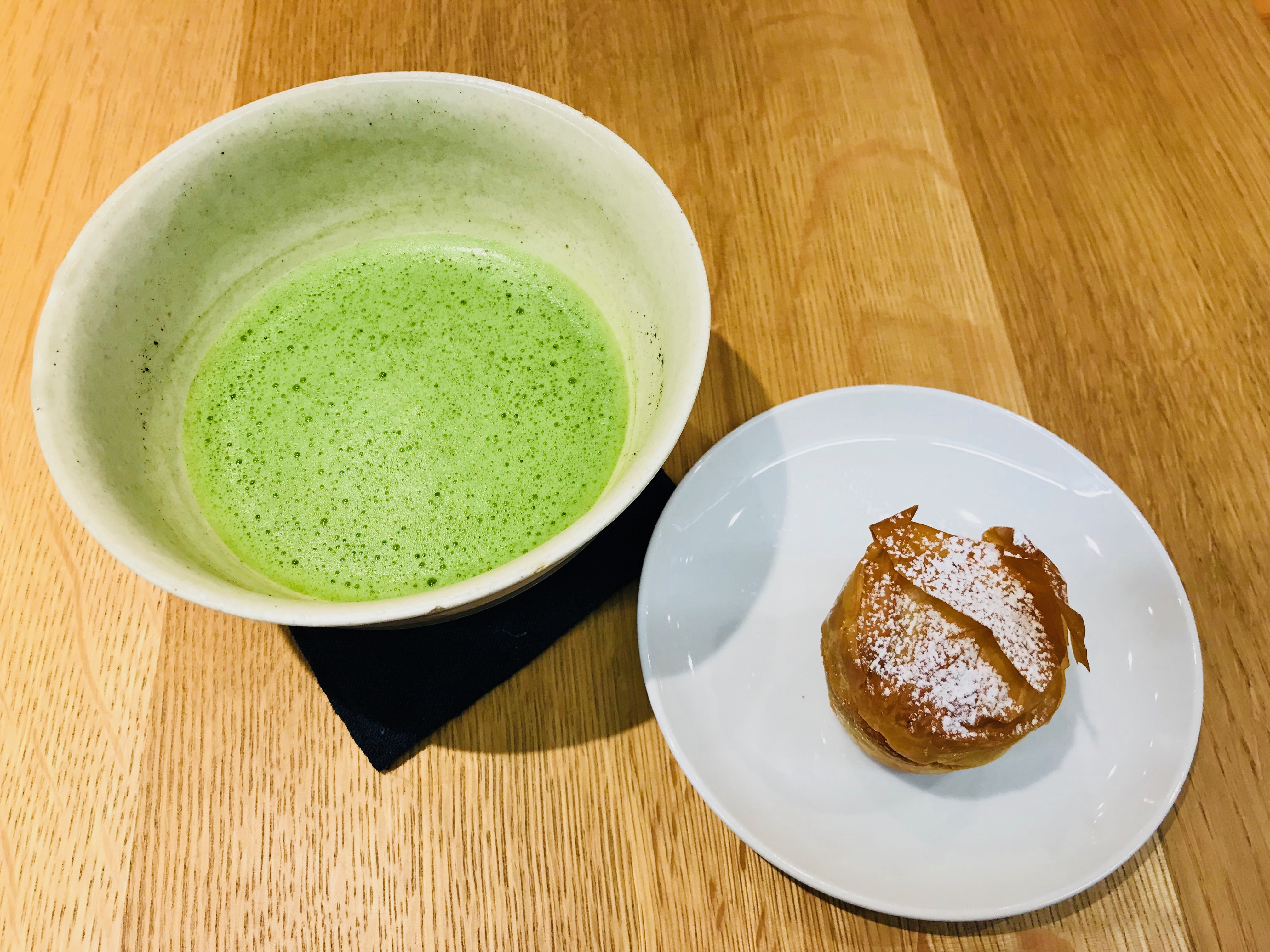 Riding the Izu Craile is a super special experience. When I got to the platform, I was excited to see the conductors holding up signs, making me even more excited! 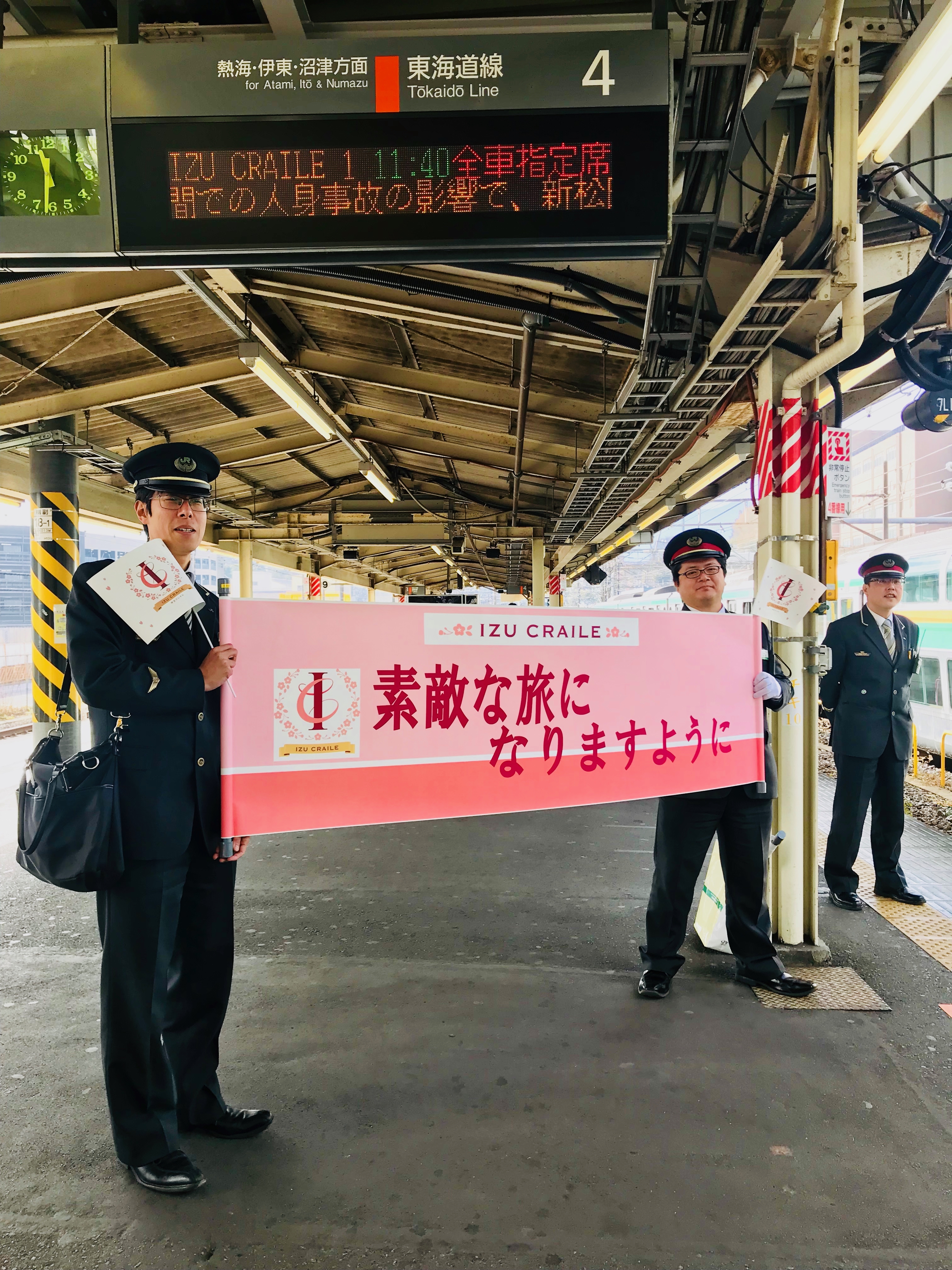 Finally, the gorgeous train rolled into the station: 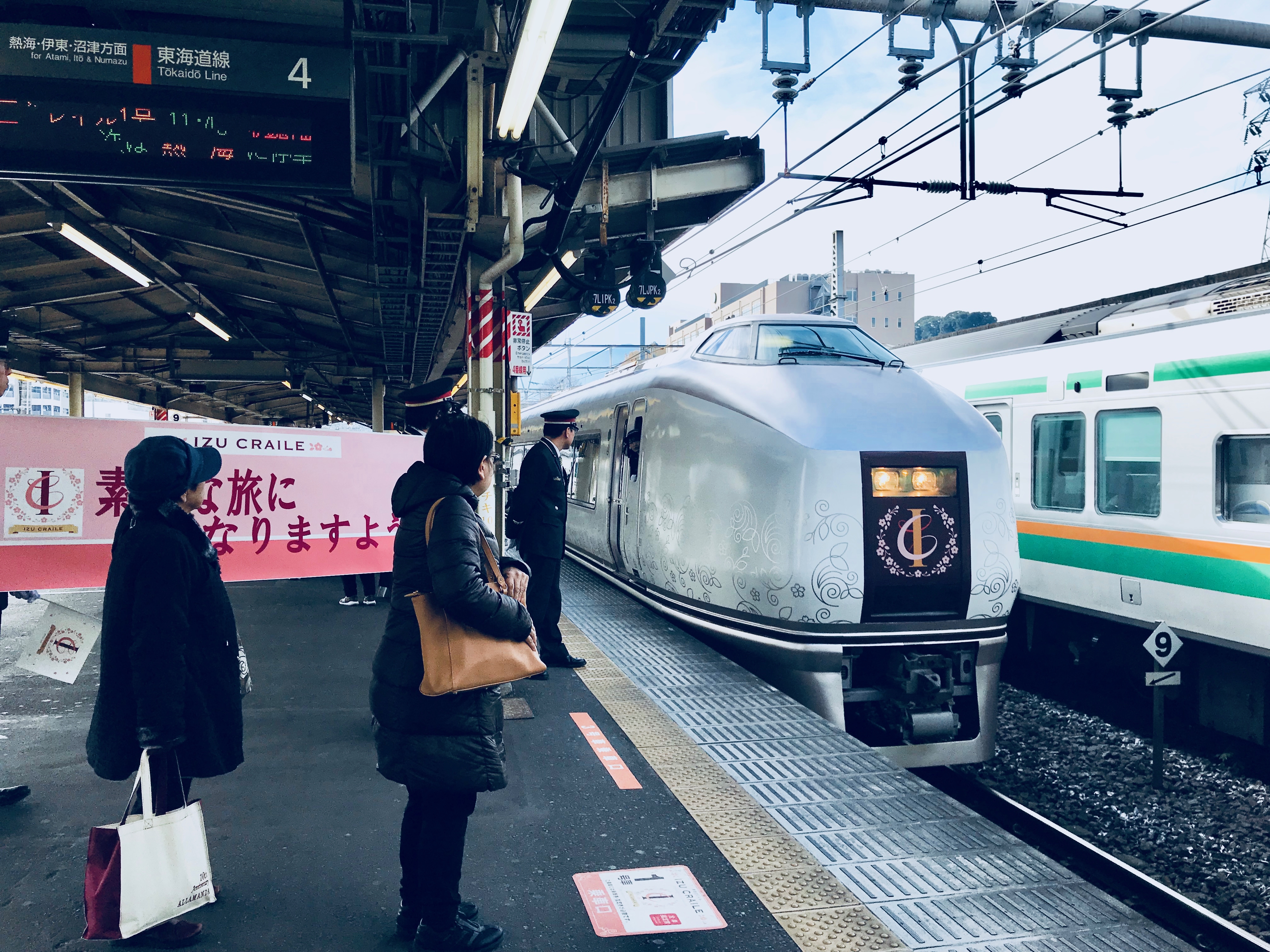 I could see inside one of the fancier cars, where you can share your lunch with friends while riding the train: 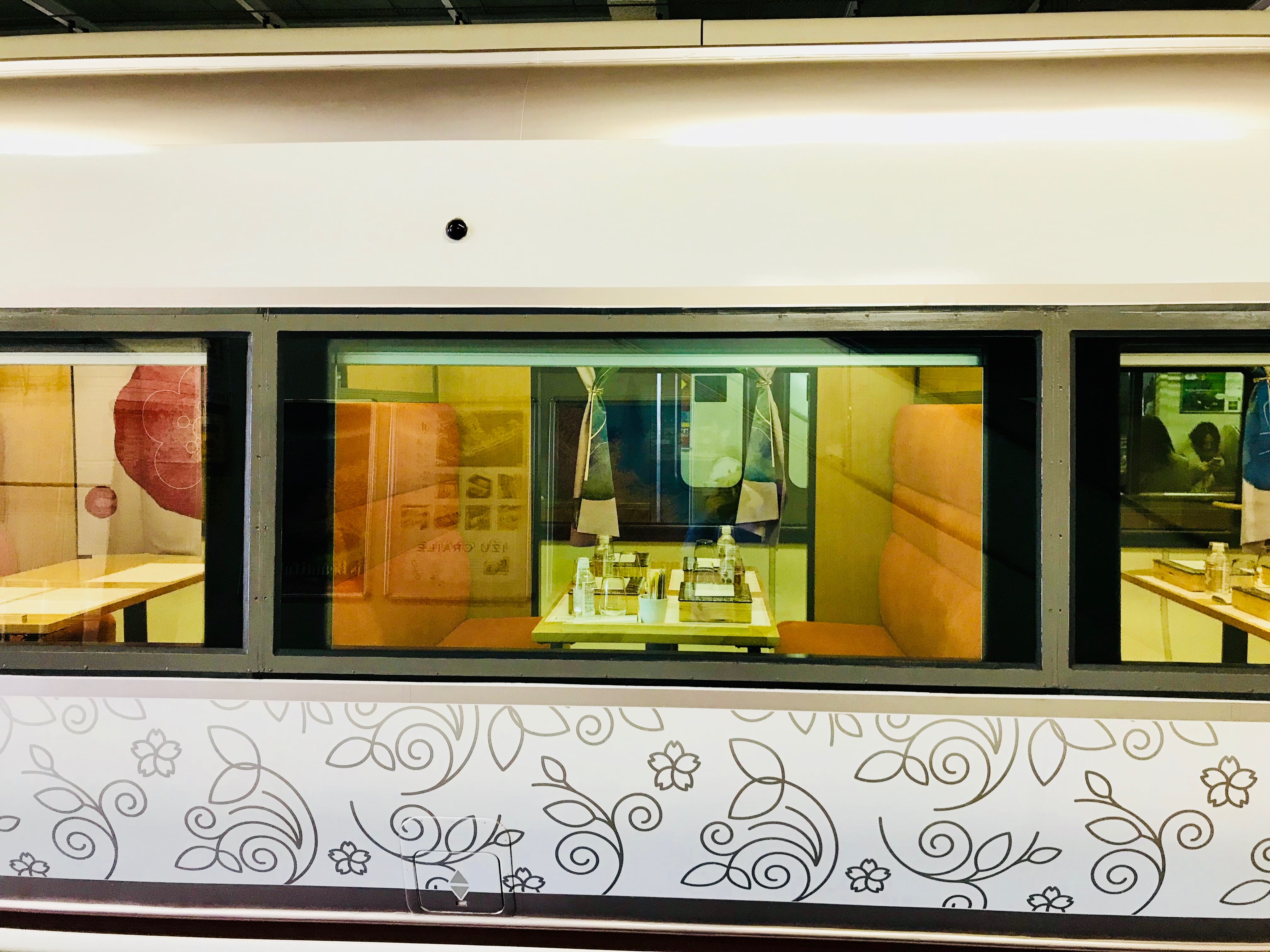 I assumed from the advertisements and description of the train that lunch was part of the journey. Turns out, lunch is only served in Car 1 and 3 (Car 2 is a lounge car). I was in Car 4, which had pretty normal seating.

I should have specified that I wanted lunch when I purchased the tickets, but because I assumed everyone got lunch, I just trusted the JR ticket sales person - he got me the cheapest ticket. Good thing I got a little snack at least!

The lady who sat next to me spoke very good English and seemed very nice. She brought her own lunch and ate it as the train started moving. After she finished, I got up and went to the lounge car. 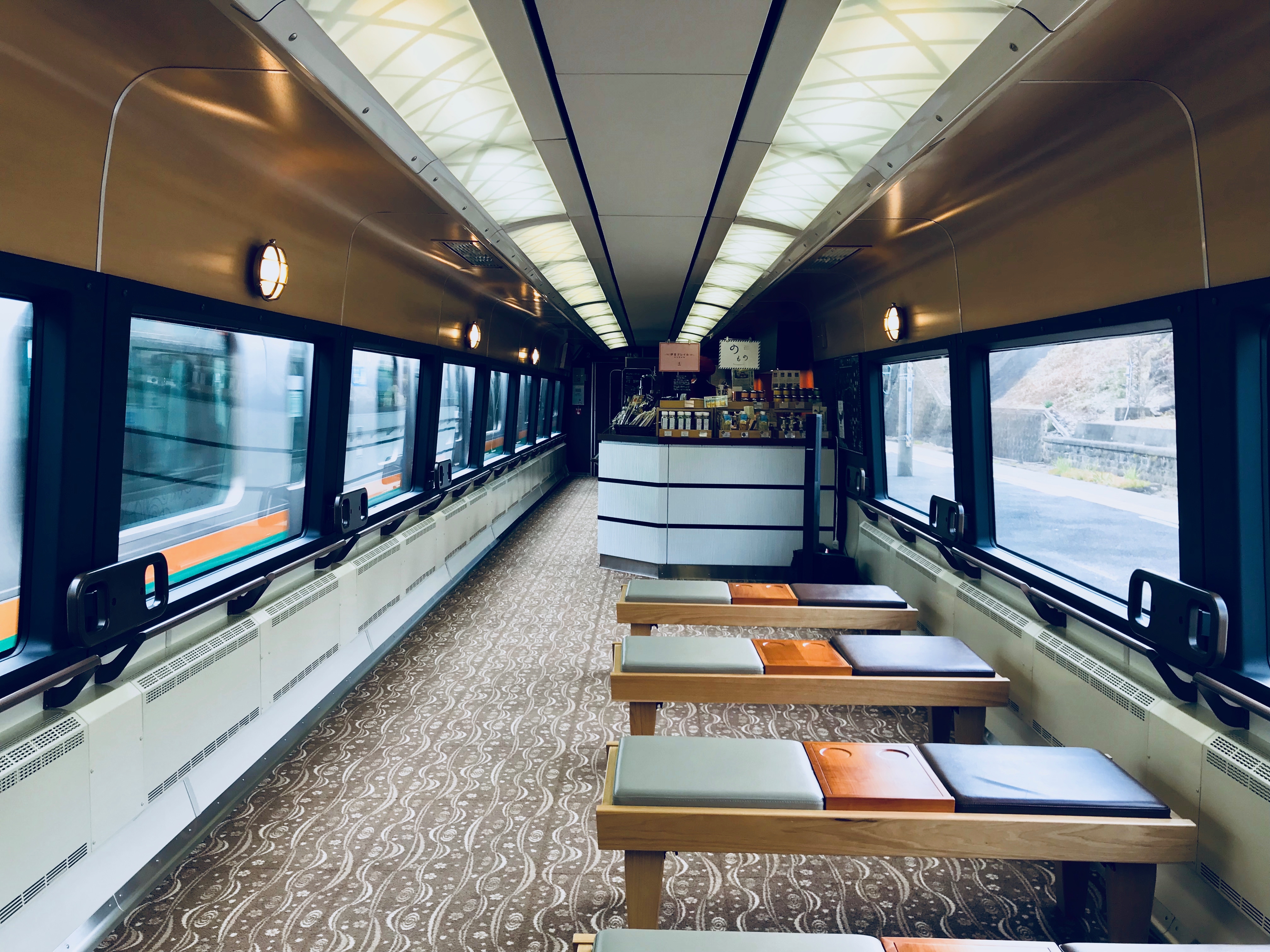 I really liked it there! I had freedom to move around and look out the big windows on both sides without the interruption of curtains. I ordered some tea and enjoyed the view.

Soon, the lady who sat next to me came into the lounge as well. Her friend joined. She asked me what I would be eating, since I didn’t have lunch, but I just mentioned that I had something at the station and wasn’t hungry. But she was super nice and ended up buying a fish sandwich, which she split between the three of us! 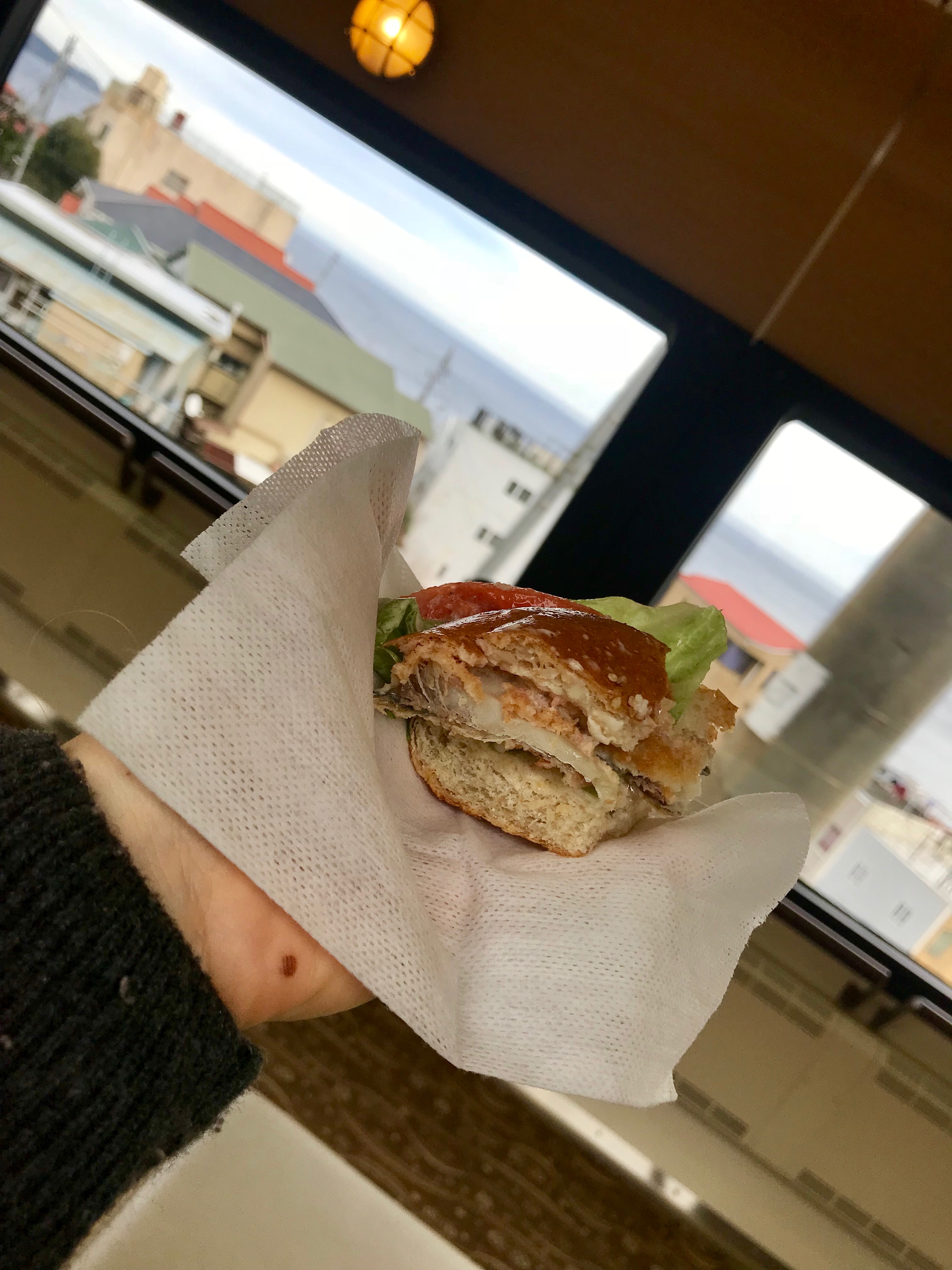 Wow! People are so kind. We live in a beautiful world indeed. Don’t listen to the news!

The train runs along the coast, with views of the ocean and small towns on one side: 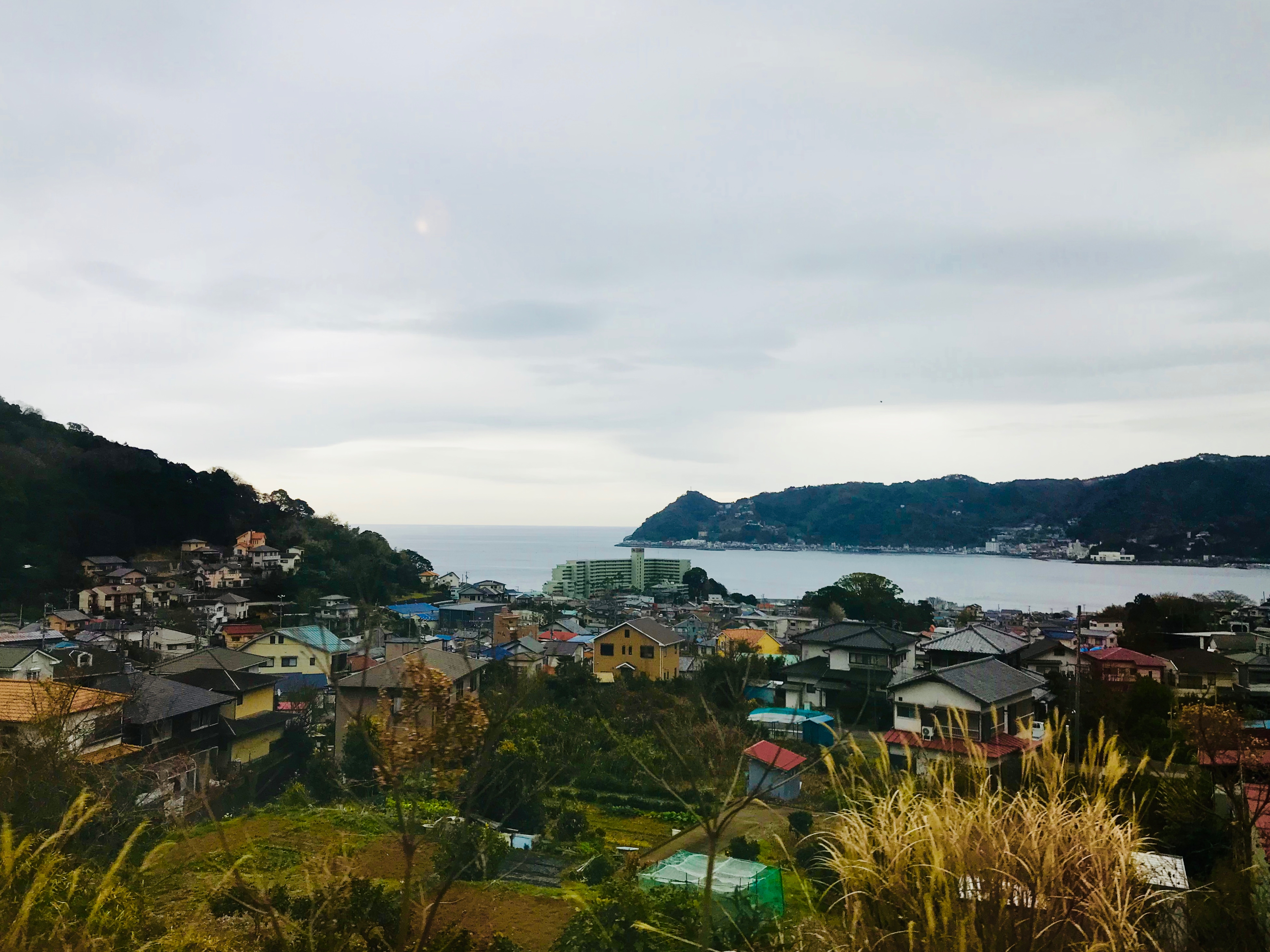 And mountains and forests, including bamboo forests! on the other: 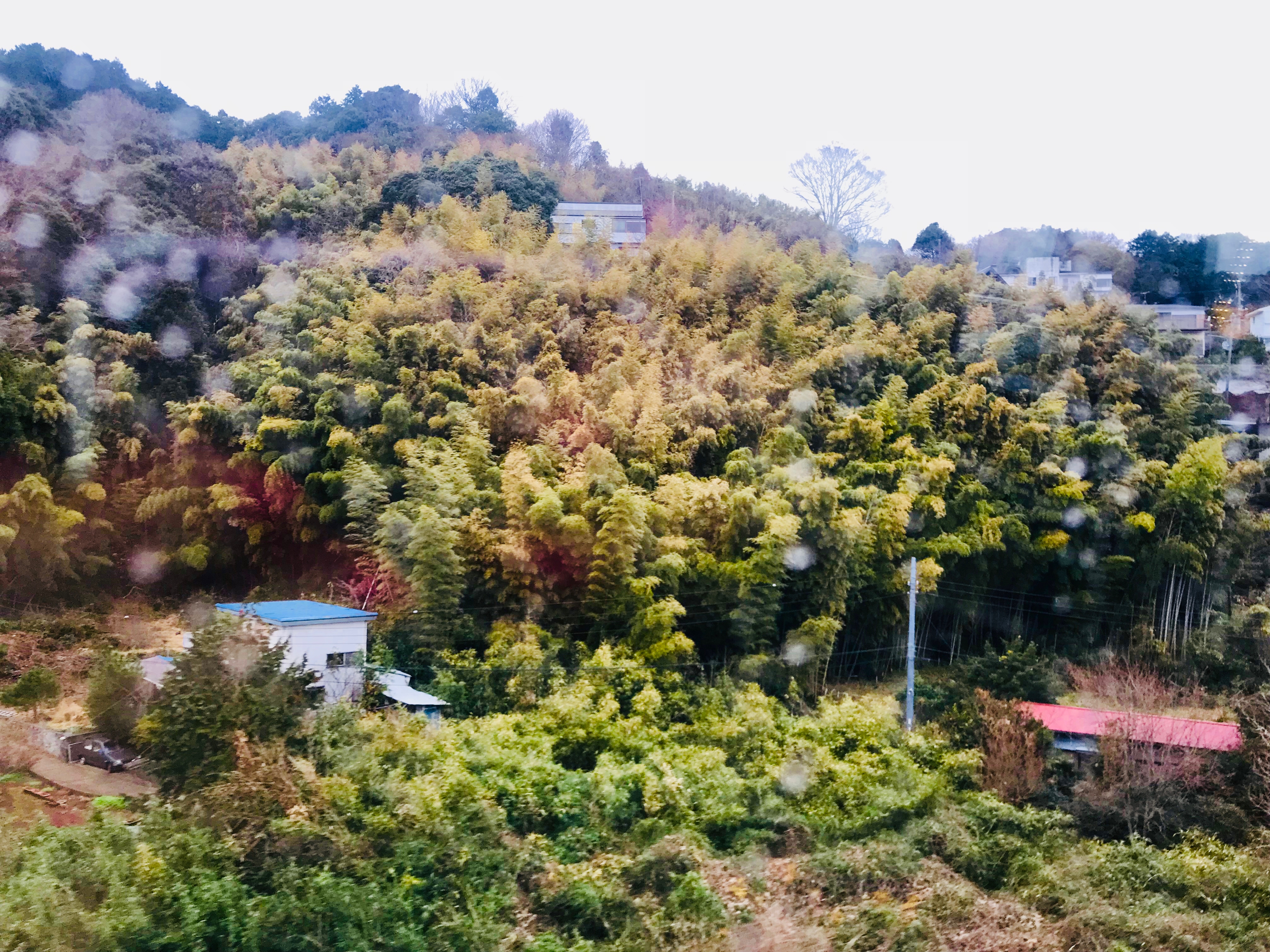 I really liked when we passed with amazing red bridge near the end of the ride: 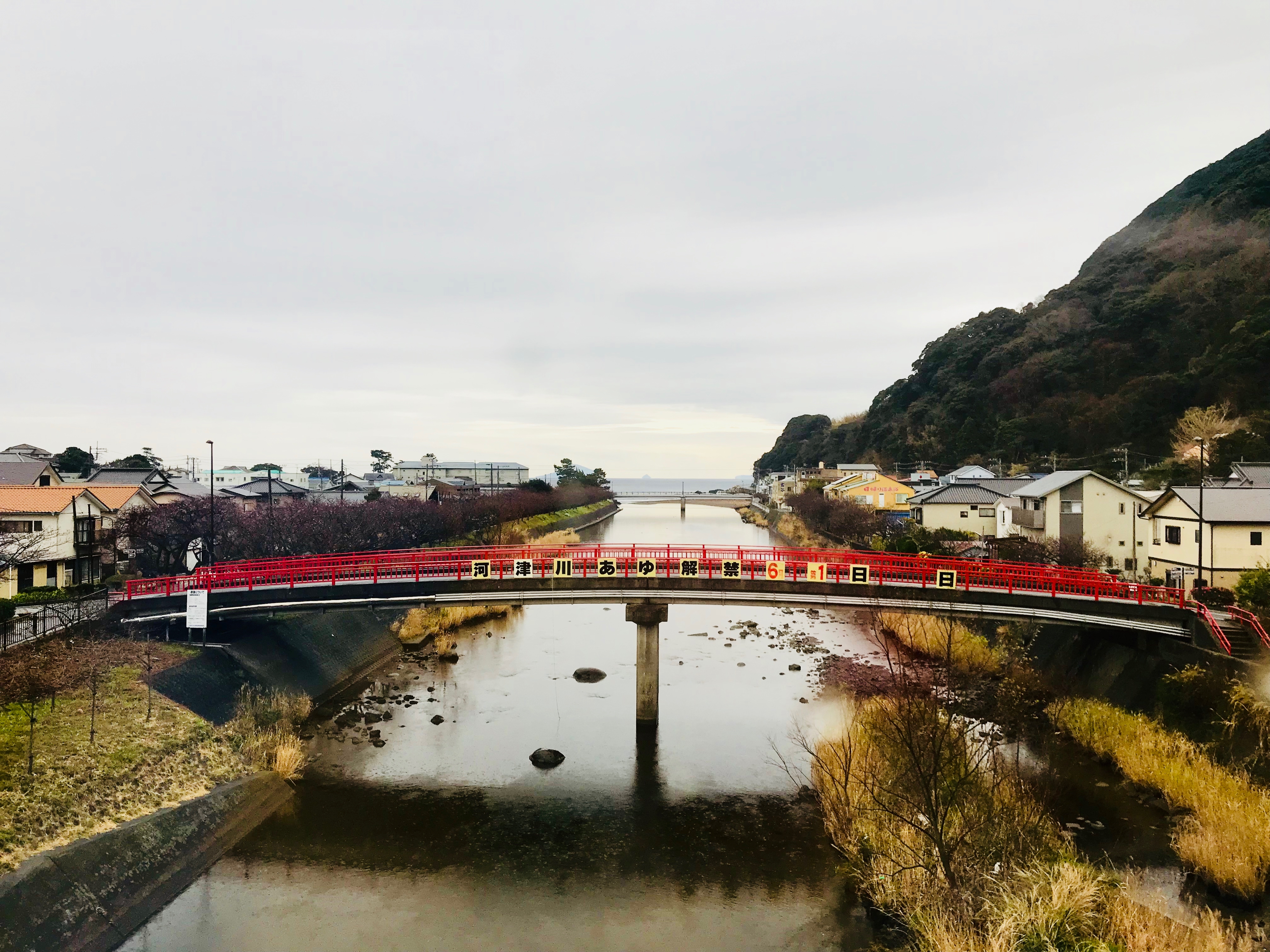 It’s fun and gorgeous. And to add to that, at every station we stop in, there are workers there waving to us from the platform, making it even more exciting - like we are celebrities rolling into town! 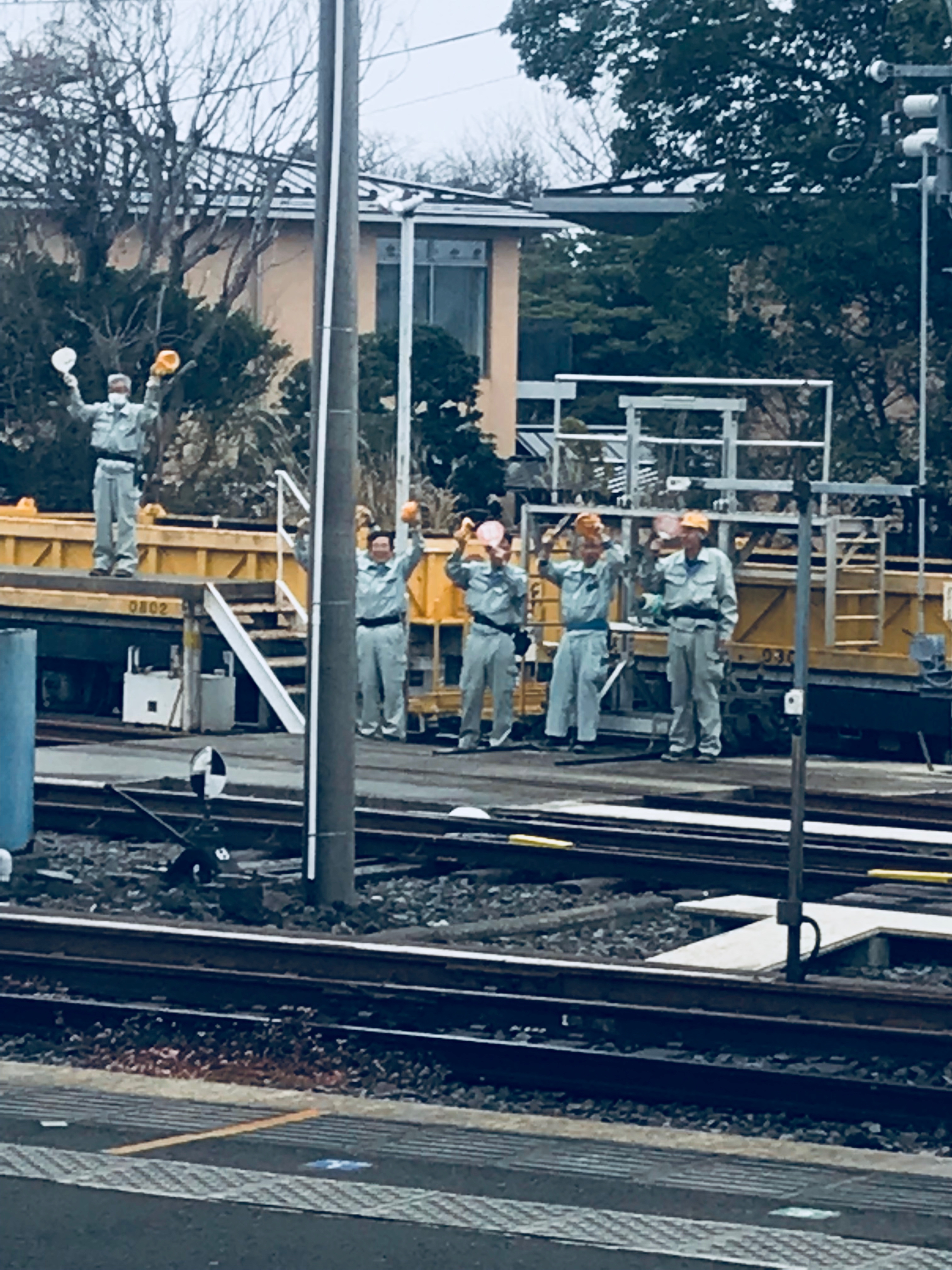 I was also excited to pass The Black Ship train… another train I’ll need to ride one day! 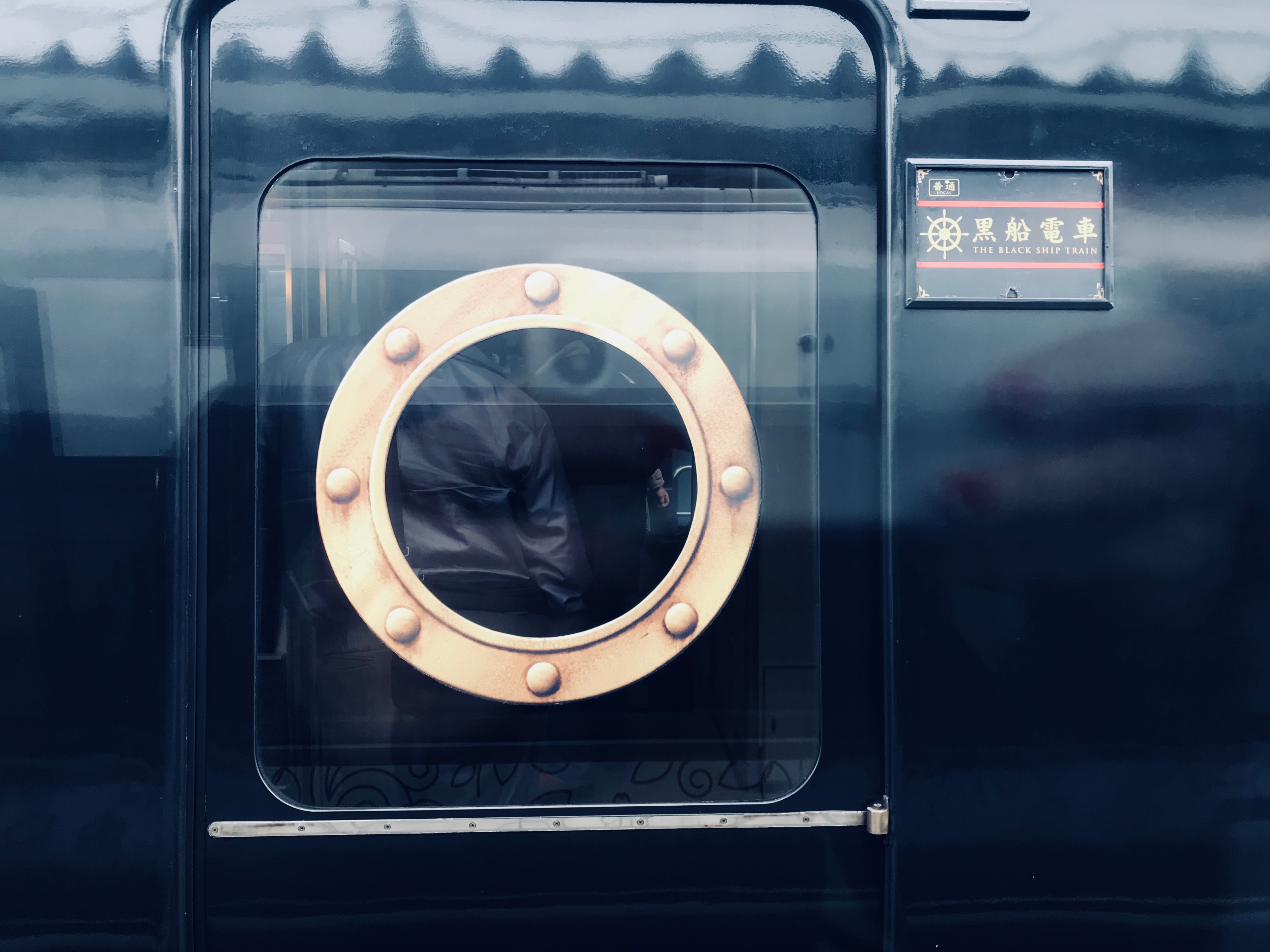 But the biggest treat was the live music in the lounge car toward the second half of the journey. Good thing I stayed in the lounge car for the views the entire time! The artist was singing Japanese songs, and some passengers were singing along! 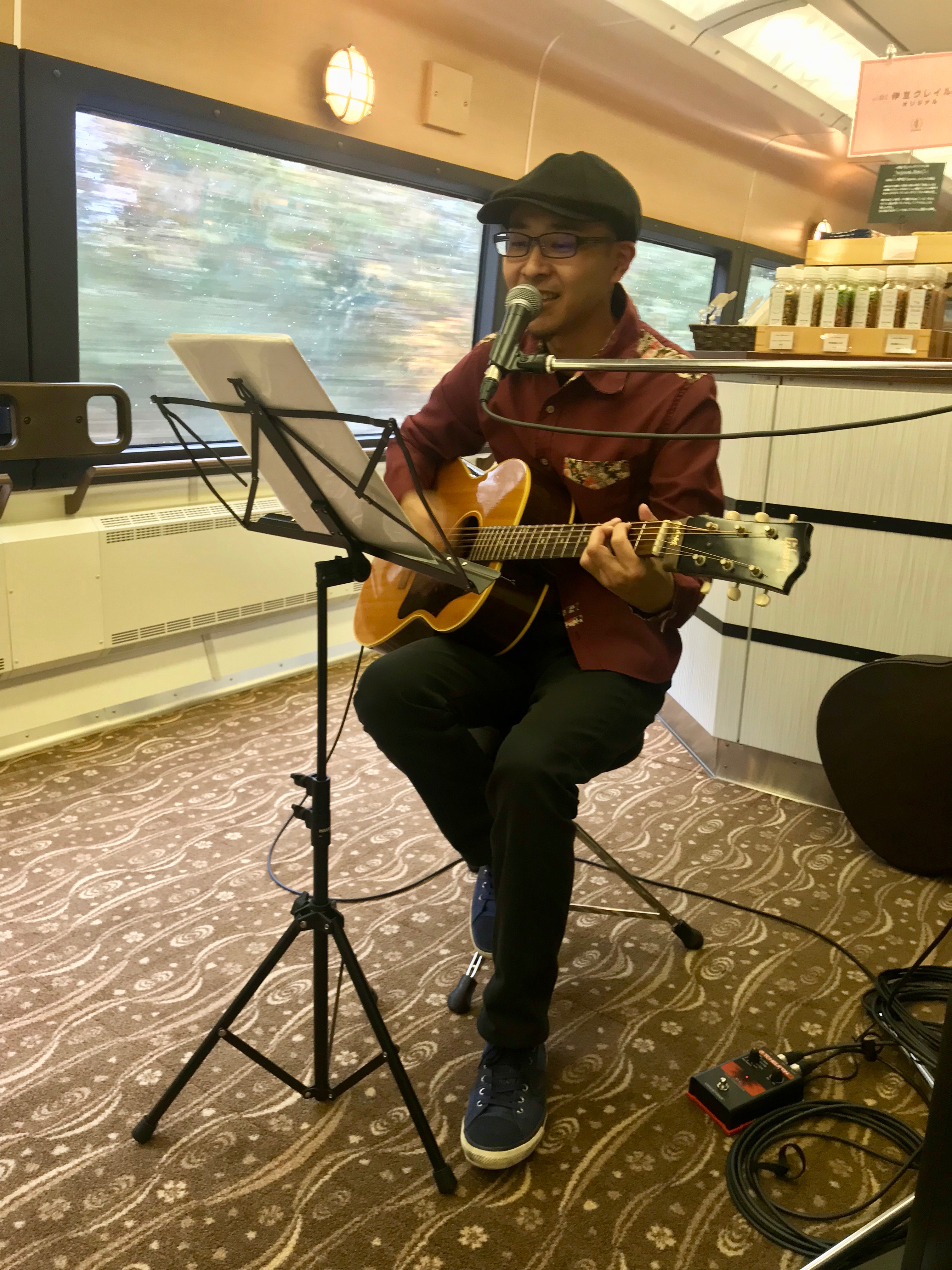 If I did get lunch with my ticket, I might have not gone to the lounge car, and would have missed out on this! Everything works out as it’s supposed to :)