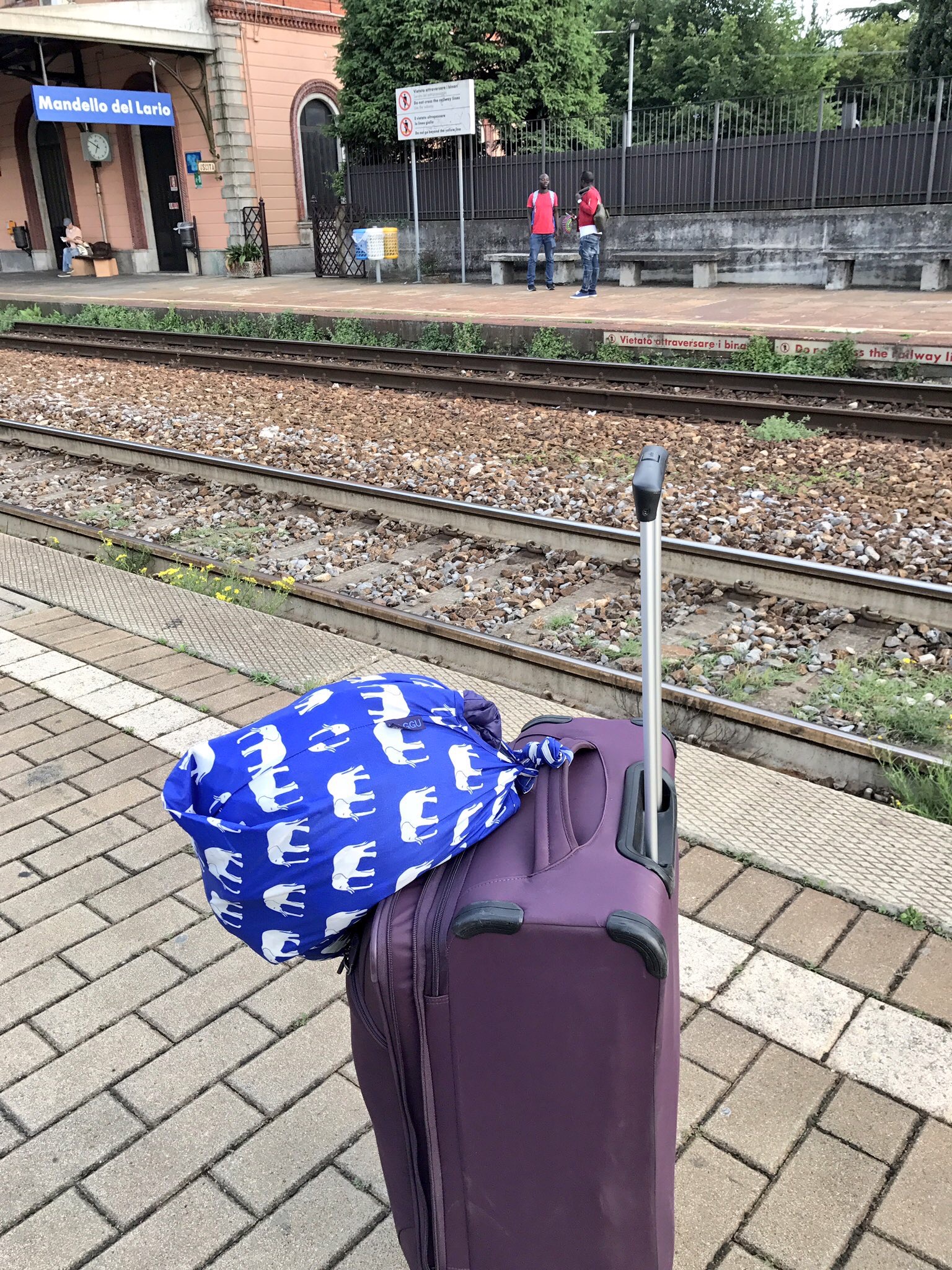 Italian trains… it’s hard not to laugh at the absurdity sometimes. Like the time we arrived to our station, but couldn’t open the train door! Someone on the outside even tried to help and failed. As we ran through two compartments to the next door that might open, the train moved on past our station, leaving us trapped. We tested a door at the next station, and then stayed on for one more, since it had more civilization around (luckily we knew the stations well by then). And as we got off at the next station, we could see other tourists being trapped. We were helpless to help them.

Or the time there were no lights in our train cabin, and it was a complete blackout every time we went through a tunnel. So terrifying, my reaction was to just laugh uncontrollably.

But the most heart-touching situation happened as I was traveling to my new home in Lierna, a small town on Lake Como. I stopped at a remote station called Mandello del Lario.

It had two platforms, but there were no signs as to which platform my train would arrive at. I asked a local, and she said “who knows, but it’s usually on platform 1”…

I carried my suitcase down the stairs and up the stairs to platform 1 and confirmed from the monitor I found inside that the train was indeed expected to come on platform 1. So that was it… I just had to wait. But of course, Italian trains don’t make it that easy for you…

Right before the train came, there was an announcement in Italian saying that the train will in fact now arrive on platform 2!!! Everyone started rushing and panicking, crossing the tracks to make it to the other platform before the train came. The lady I asked earlier about the platforms flagged me down to tell me to switch (since I didn’t understand the announcement) as she was running across the tracks herself.

I froze a bit - and prepared myself for going down and up the stairs again. I didn’t feel comfortable crossing the tracks with my suitcase while the train was on it’s way, and I couldn’t really run up and down the stairs with a massive suitcase. There was now an annoying chance I would have to miss this train. The next one came in an hour. But as I stood there frozen and thinking, these two guys (in the background of my cover photo) saw me as they were crossing the tracks themselves, one of them grabbed my suitcase, and carried it across the tracks, then crossed the tracks one more time to make it to his train on the other side. I made my train.

It’s crazy, but it’s so hard for me to accept help. The news always paints the world as bad and dangerous. But as a nomad, I’ve gotten help from so many strangers on my way! This definitely wasn’t my first time. Yet, I was overwhelmed at their kindness just the same. Despite what the news says, there are kind people in this world.