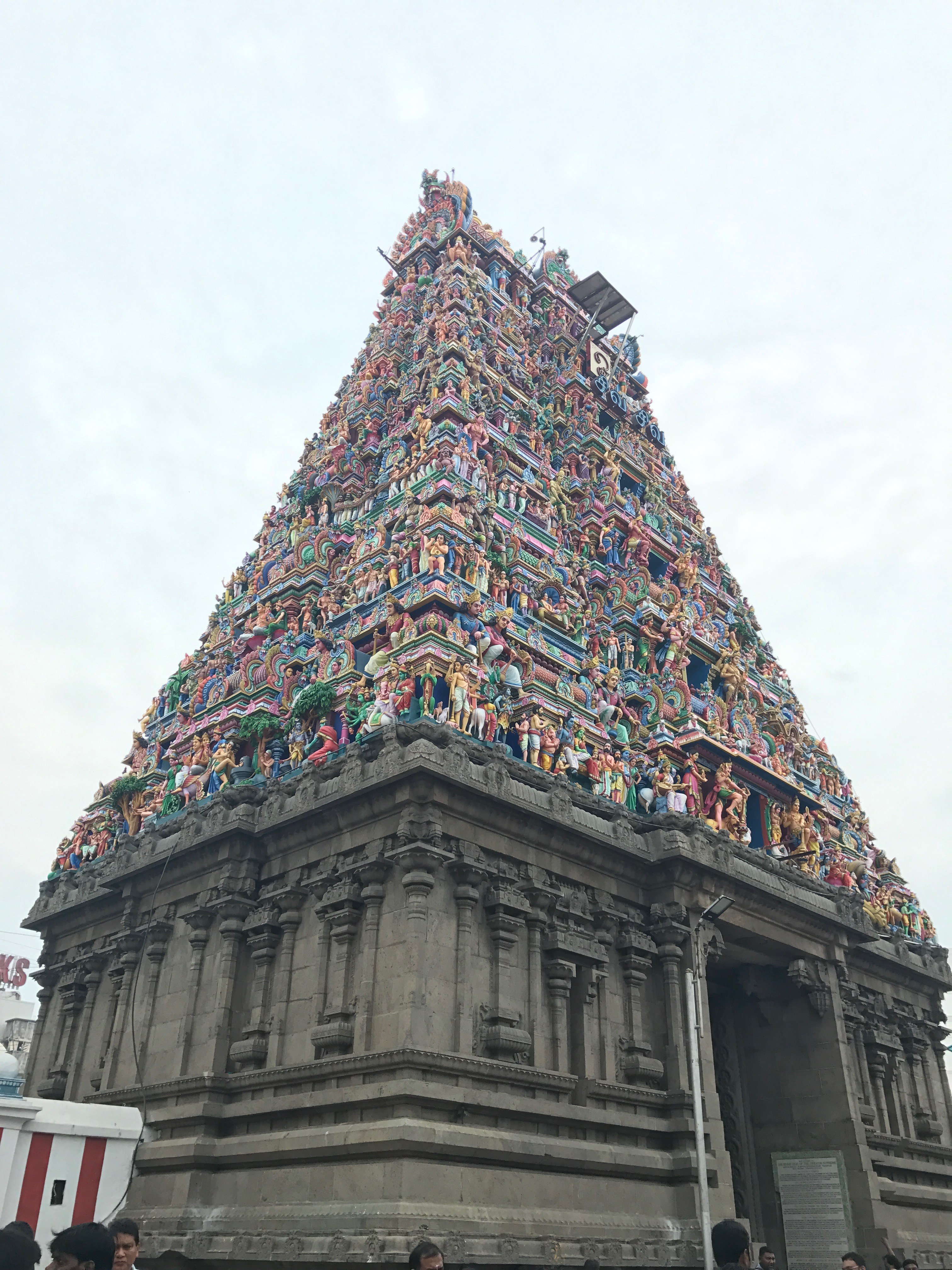 The first Hindu temple I ever saw was in Singapore, right before my trip to India. I landed, found a place to do my laundry, and decided to walk around in the area while my laundry was getting done. 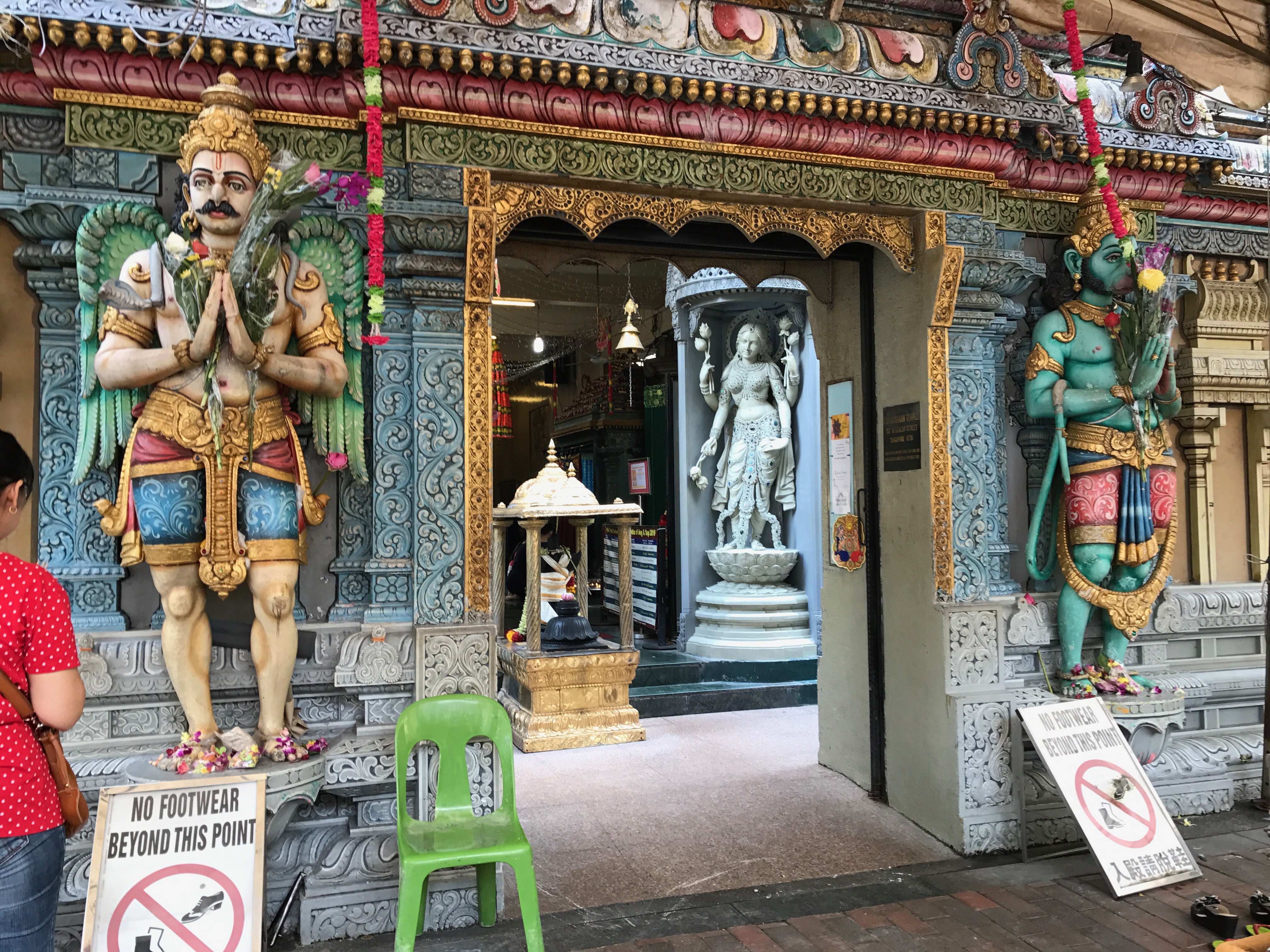 It was a complete surprise to me, especially since I spent the two previous months seeing so many churches in Italy. I loved how colorful and different the Hindu temple was! There were happy scenes of dancing vs the depressing Jesus sacrifice portraits and colorful depictions of hell I’ve gotten used to in European churches. 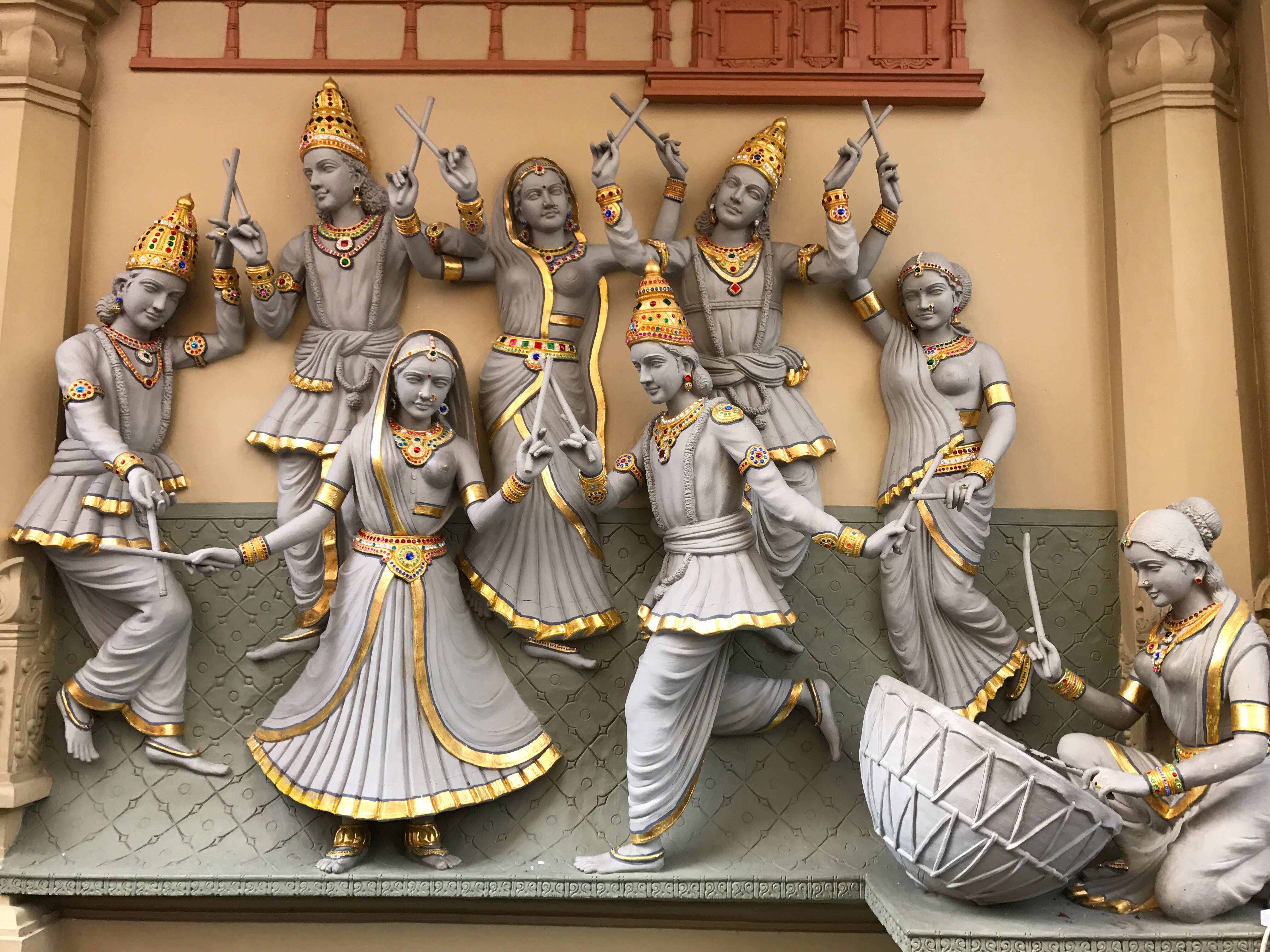 So when I went to India a few days later, I asked my friends to take me to more temples. The friend who could tell me more about the Hindu religion and the meaning behind everything in the temples was otherwise busy for the day, so another friend took me. So I’ll have to go back and learn a lot more. This time around, I got to just take in the beauty and enjoy.

I was really captured by this symbol, which I was told was an “Om”, although there is also another popular symbol for “Om”, so I’m not sure. I just find it calming and beautiful.

And there were lots of pretty lotus flowers! 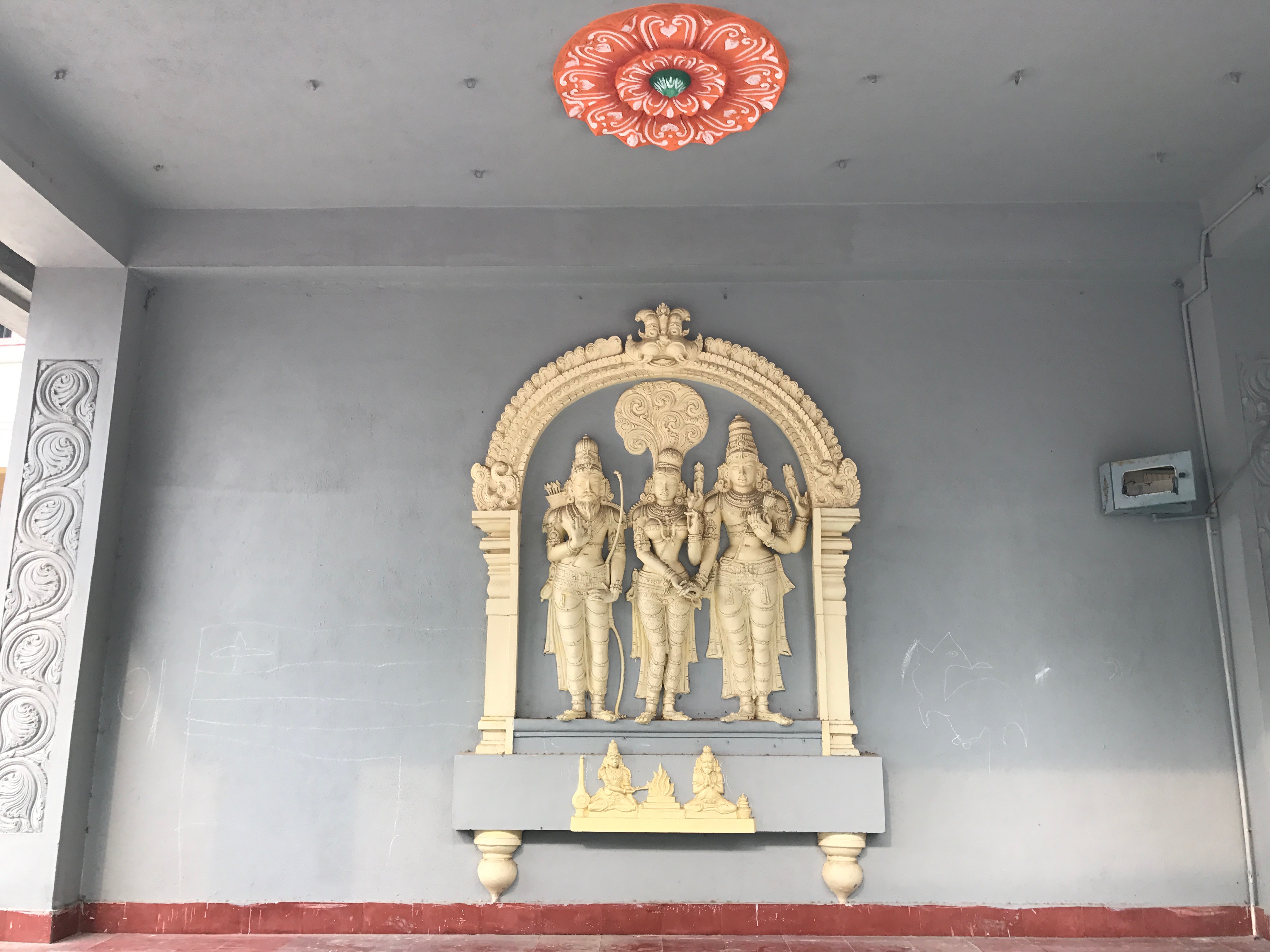 I was also completely fascinated by the imagery of the 5-headed snake. My friend told me that there is in fact a real 5-headed snake that it’s based on! From googling about it, there are definitely 2-headed snakes, so why not 5 heads? 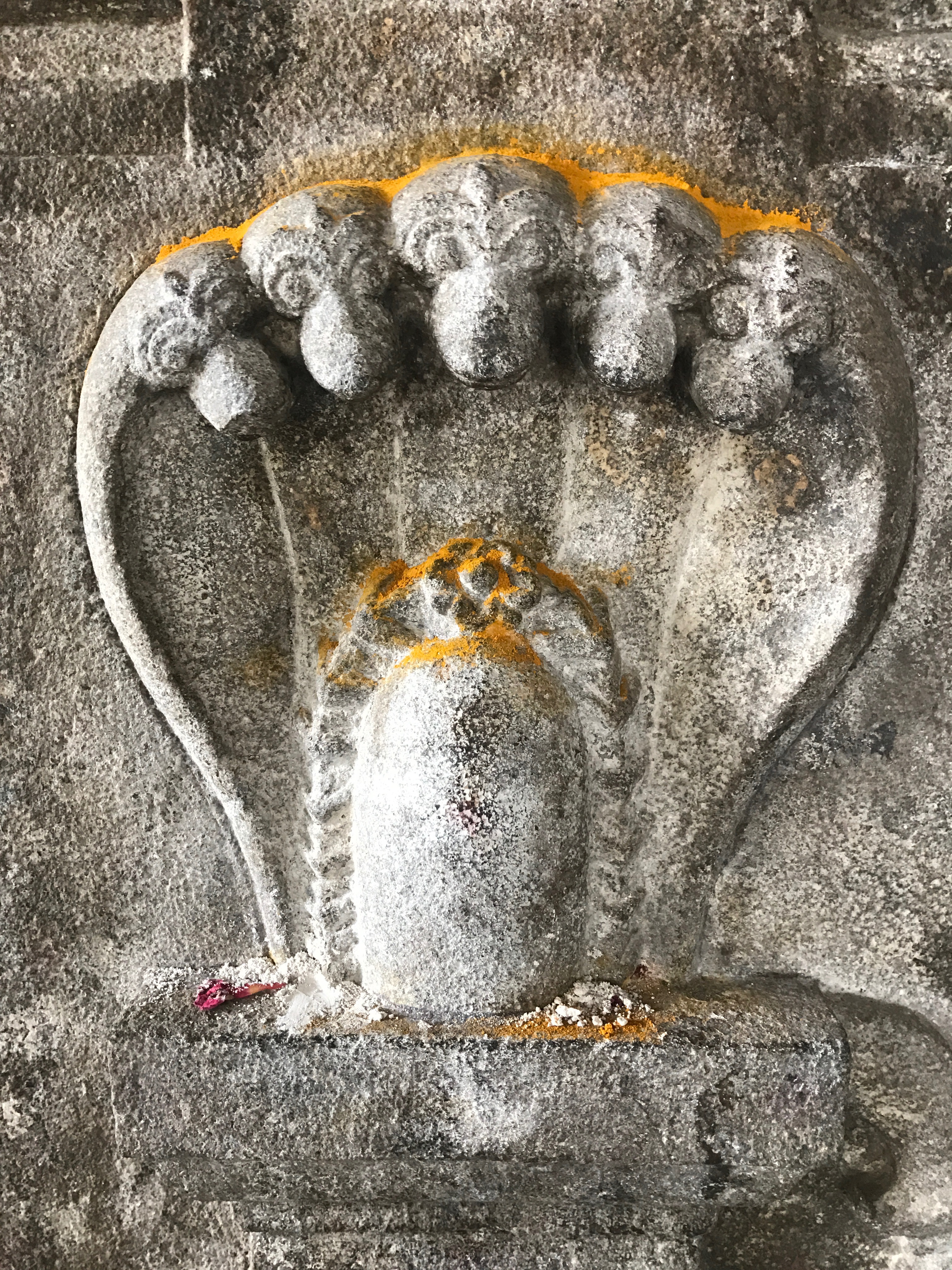 Sometimes, the 5-headed snakes are depicted as a protecting umbrella over a deity: 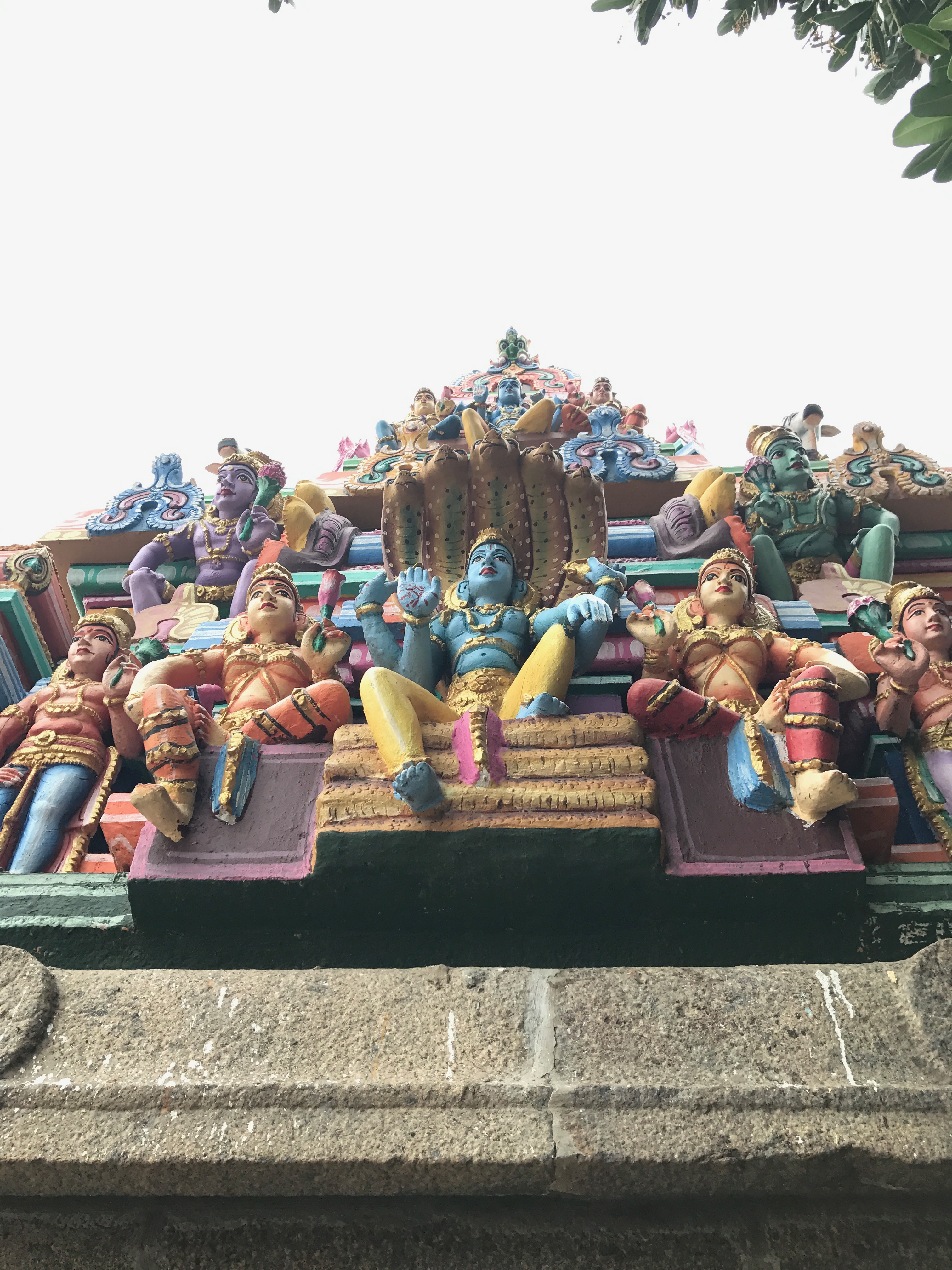 I also loved this massive snake being held up by many colorful figures: 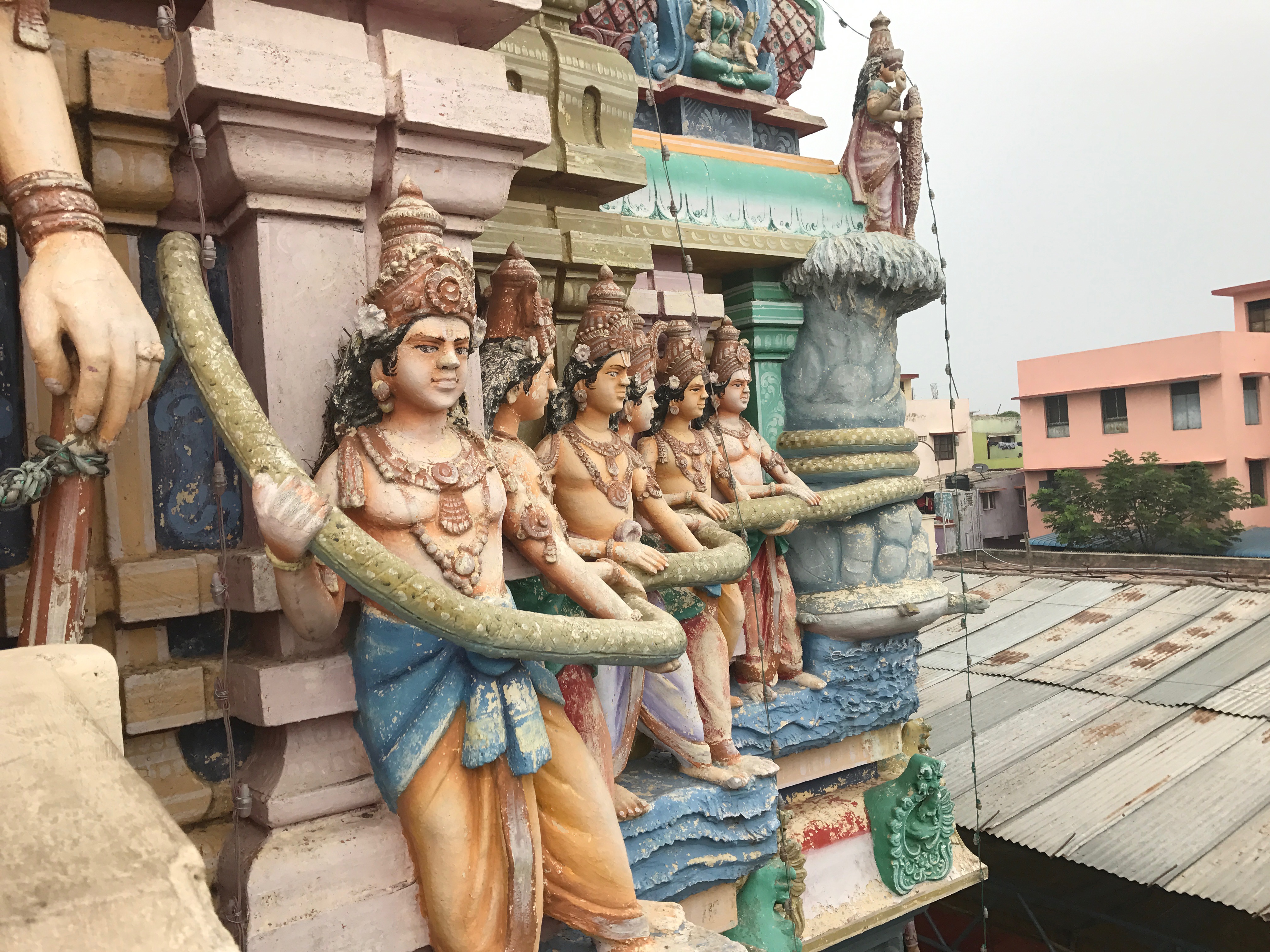 It wrapped around the whole roof! 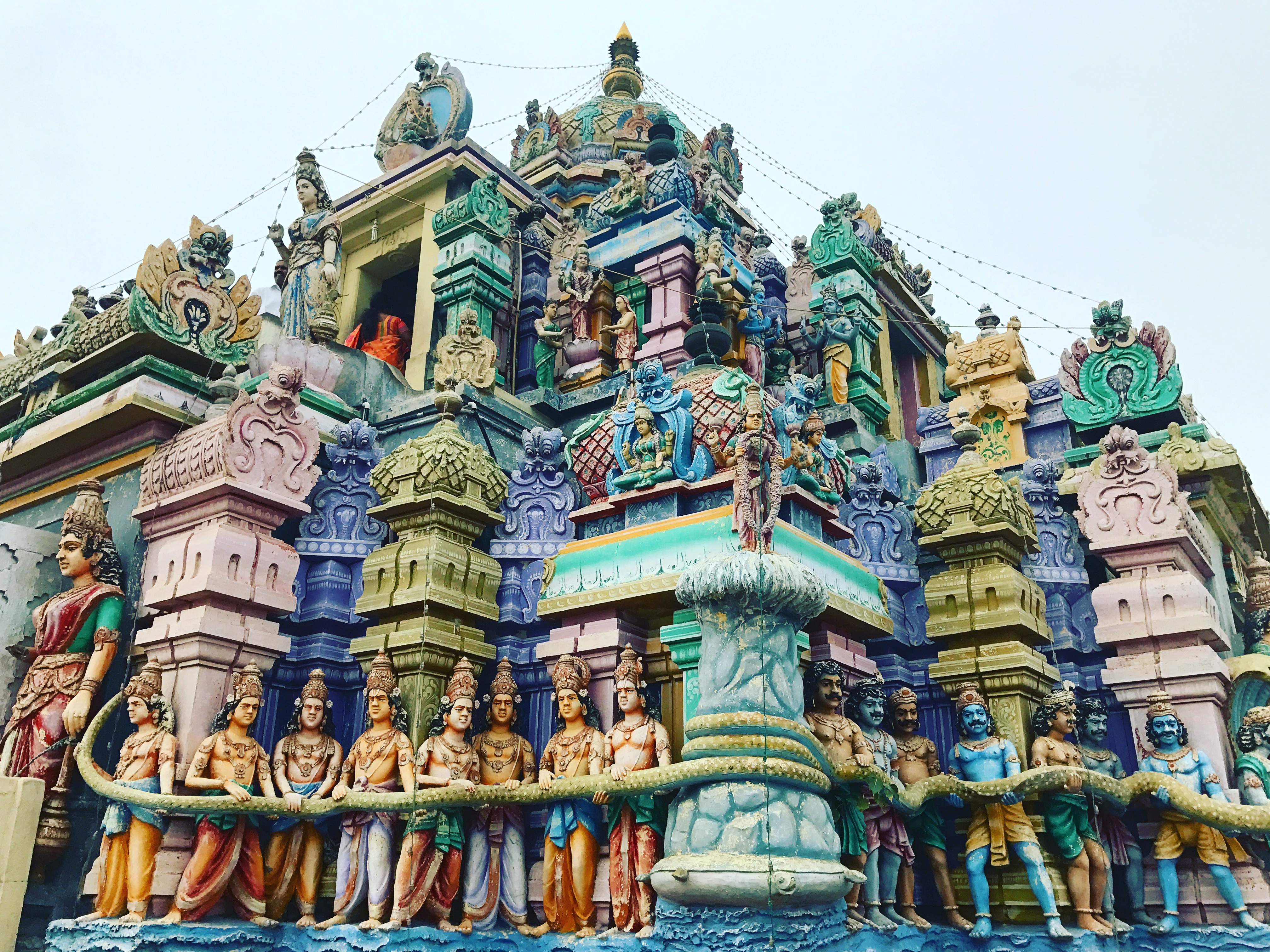 As you can see, the roofs are super colorful and depict amazing scenes. This is the stuff I want to learn more about next time I got with my other friend.

There were also a lot of imagery of white cows…. 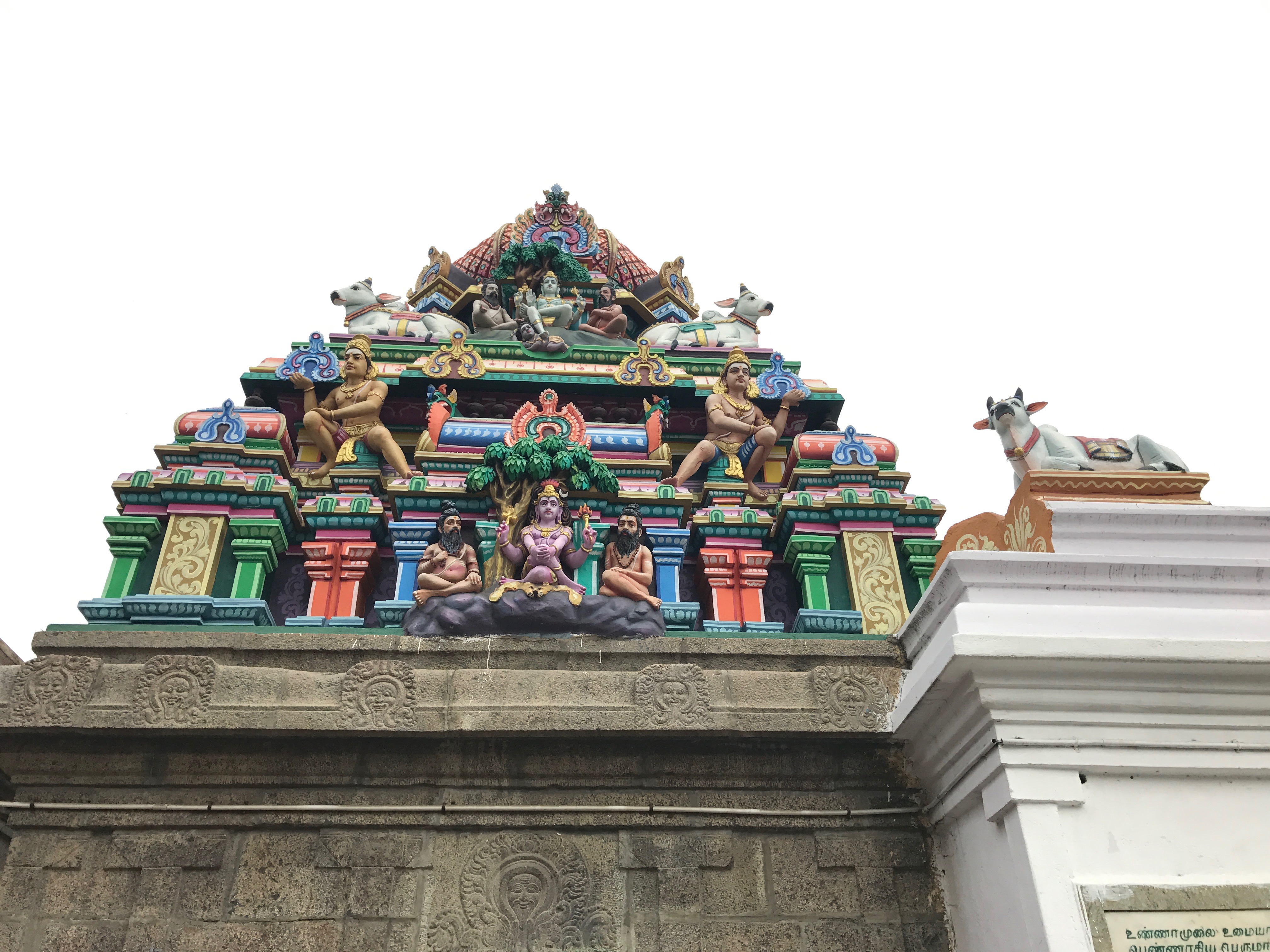 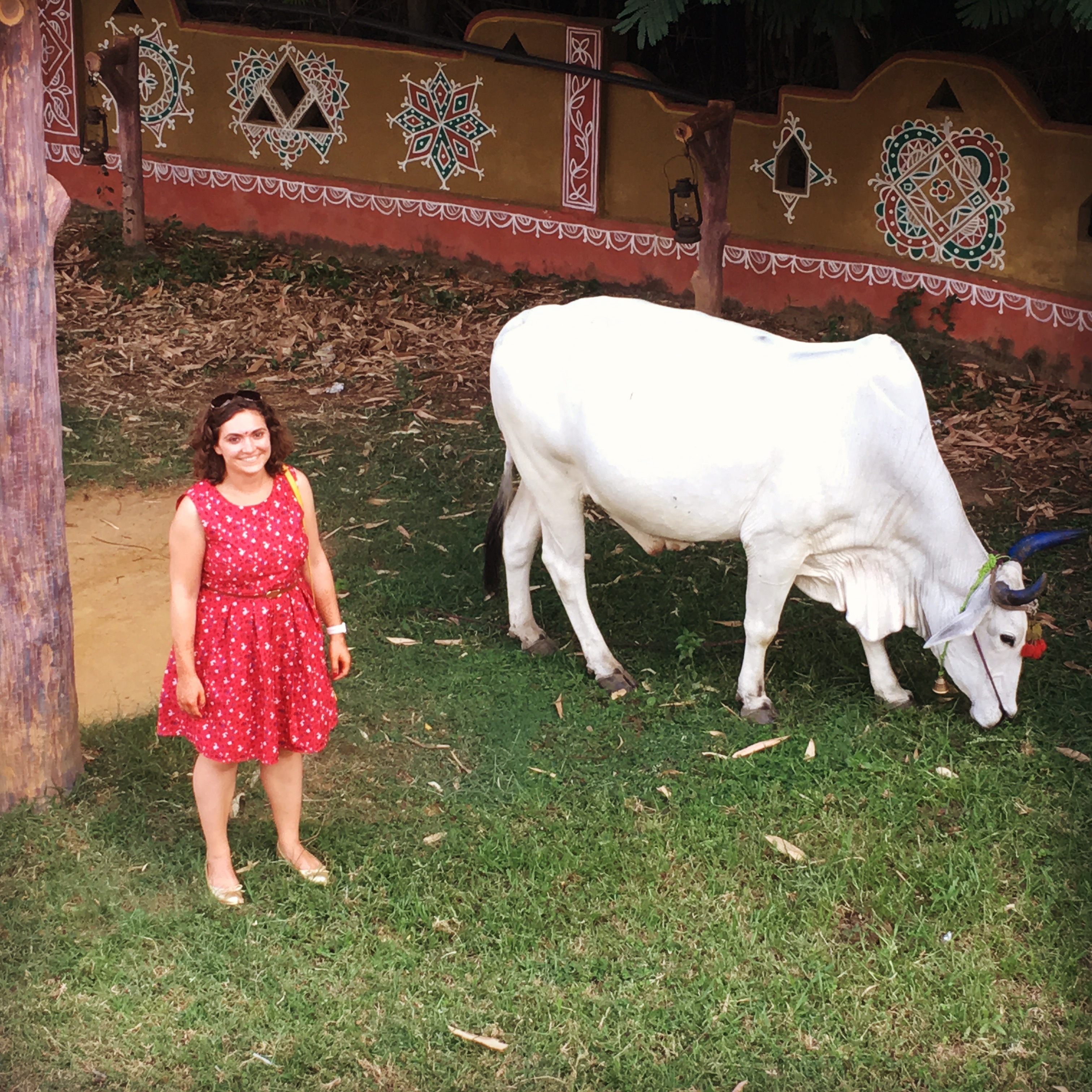 Seriously, it’s not a statue! A real white holy cow!

In the temple, you can get a blessing after ideally putting money on the priest’s tray: 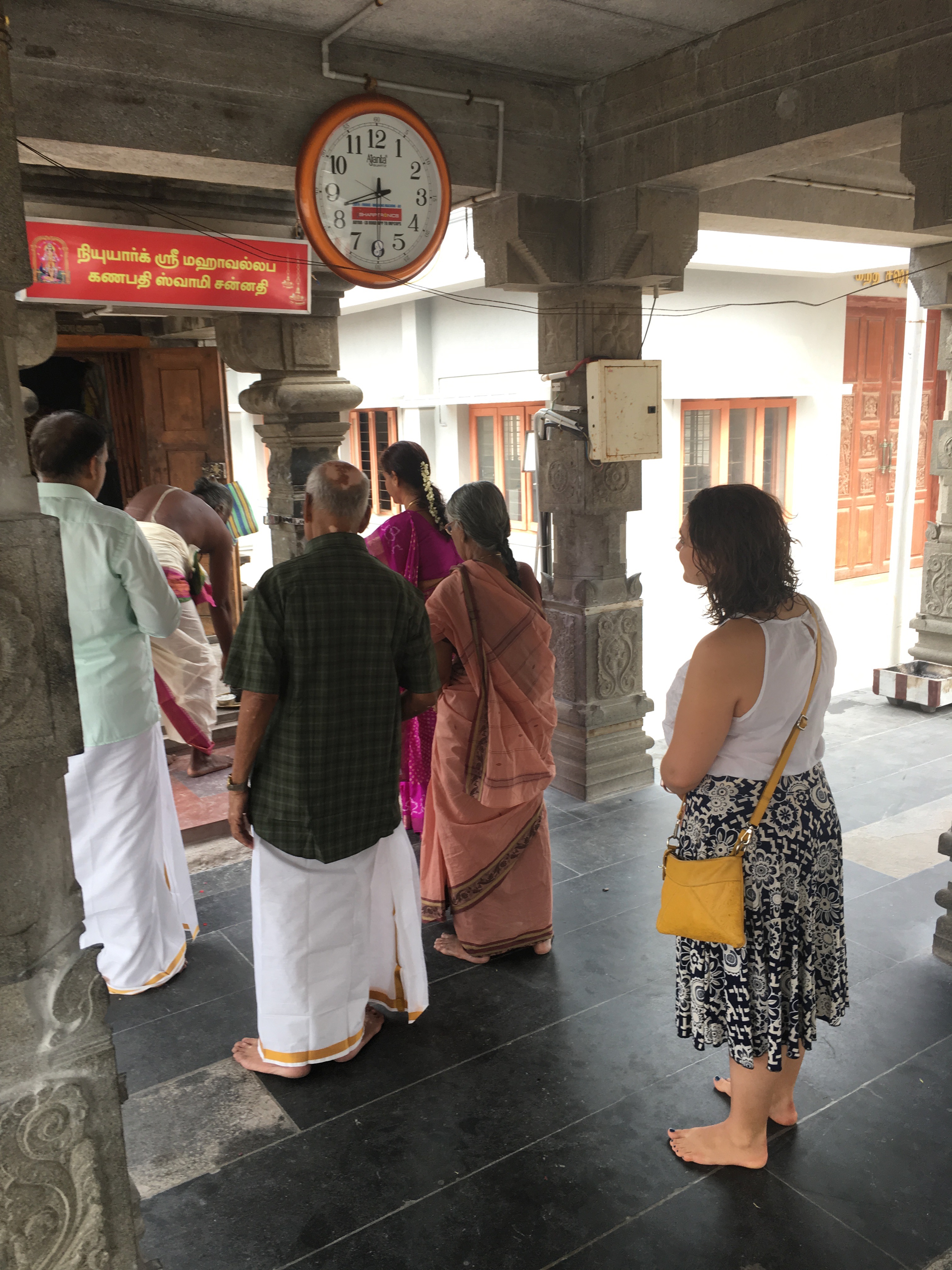 The priest gives you a chalky thing to eat. Also - you get some of the white chalk on your forehead! And even a flower! 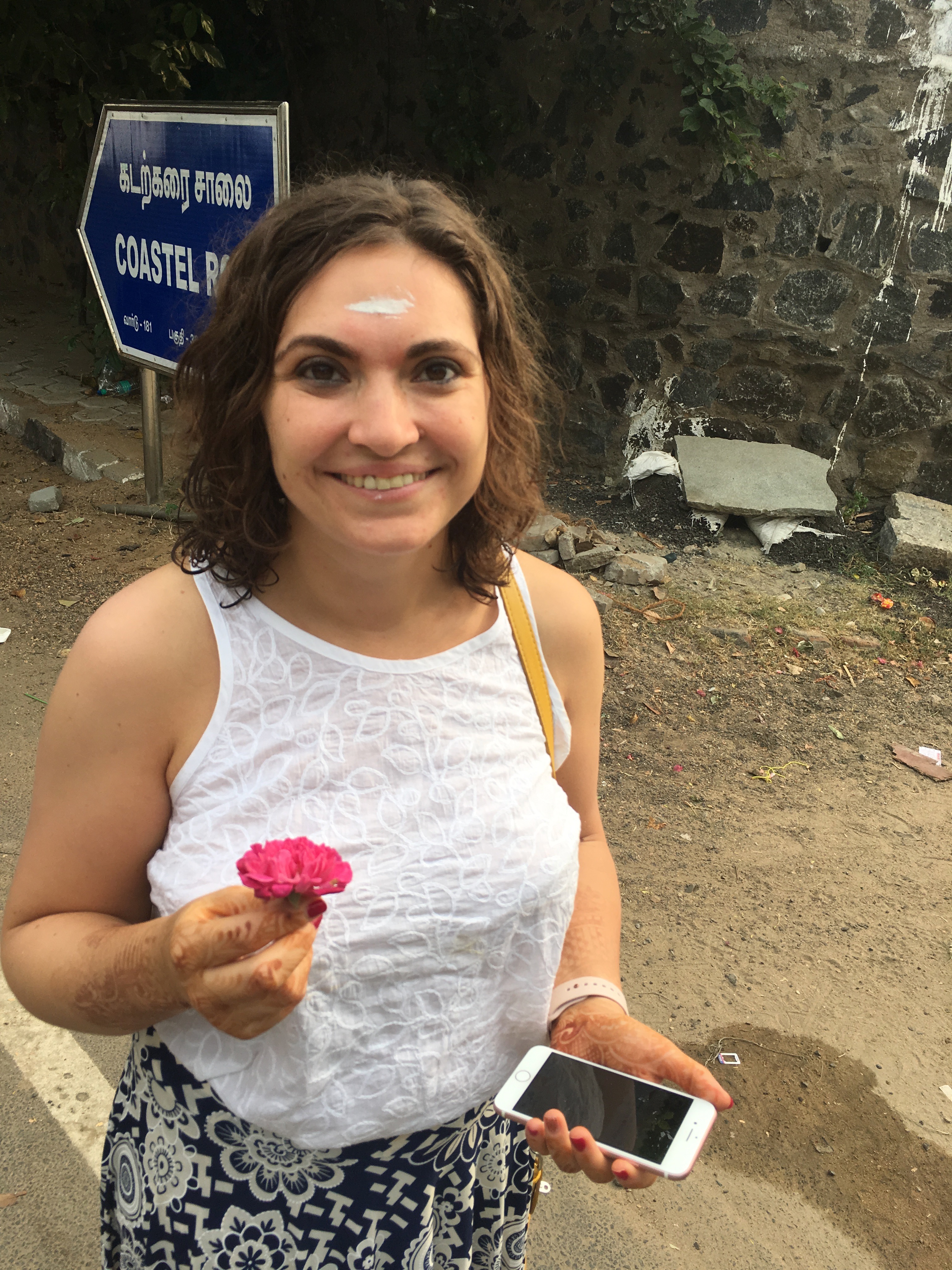 I know this is a naive first tour of Hindu temples, but I really enjoyed my visit and look forward to getting educated a lot more on my future visits.