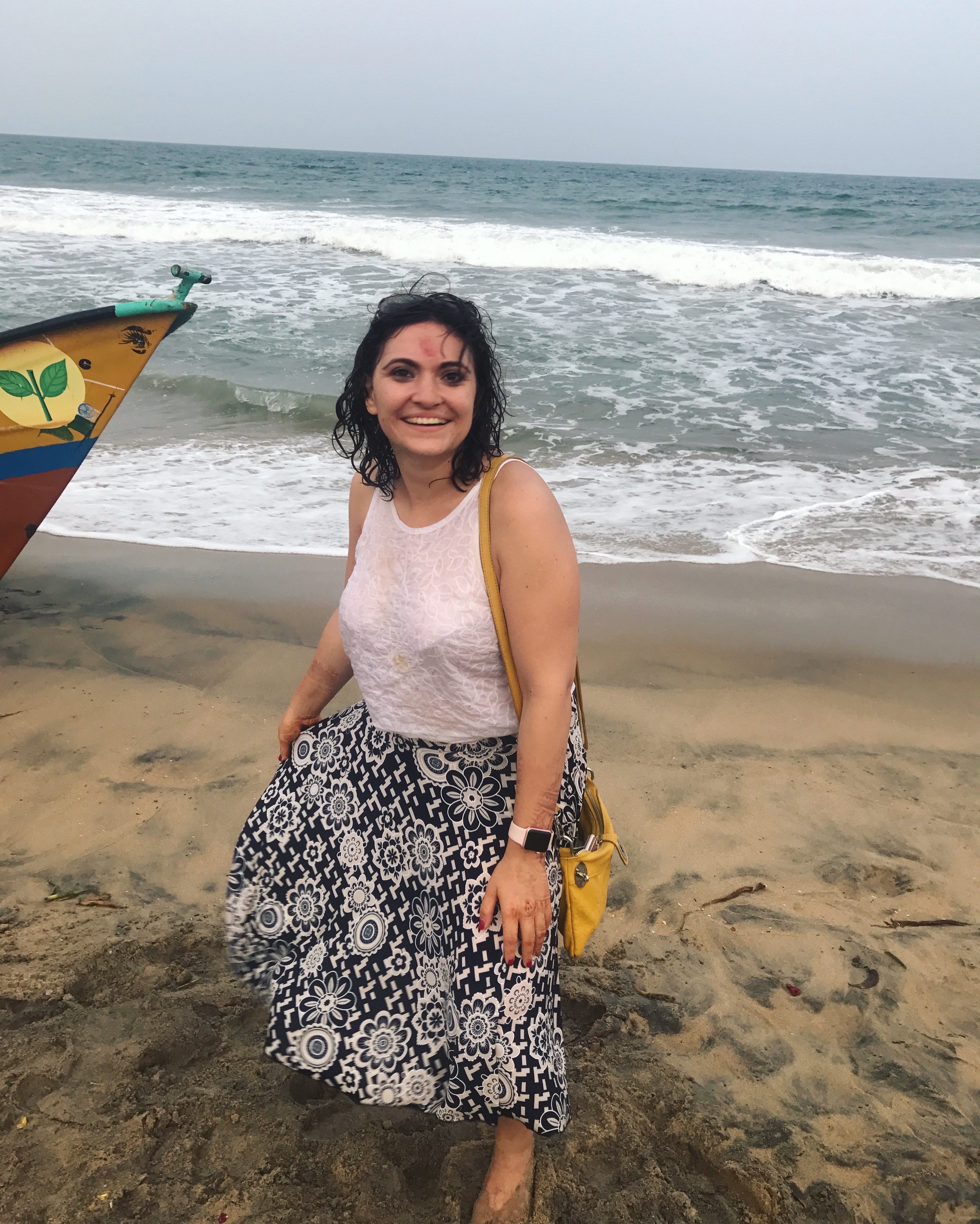 I expected to hate India - it’s a 3rd world country after all, and I don’t go to those… Even when I visited Mexico on family trips, I stayed at those nice “golden handcuffs” resorts where you are given food, drinks, locals-free beaches, and adventures without seeing any of the “bad” stuff.

But after that first India trip and several others over the past year, I couldn’t believe how HAPPY India made me. Now, even when I get on a plane to India, I’m immediately 10x happier. Like really genuinely happy.

I’ve wondered why that is… it really makes no sense! In India, I can’t even cross the street by myself! I need a local friend to come with me EVERYWHERE. Nothing works. Things break. There are MONKEYS running around city streets like it’s their jungle. COWS on the highway! Trash is everywhere.

Then I remember coming to India after Japan last year. In Japan, there are very strict social rules about everything - where to stand when the train door opens, which side of the escalator to stand on and which to walk on, how to wash yourself in an onsen, etc. My mathematical side LOVES Japan - everything is very logical and makes sense, everything just works. In India, there are NO RULES. Seriously, everything is chaotic and crazy and people are just trying to survive. So when I got off that plain from Japan to India, I could stand on any side of the escalator I wanted to! I felt free. No social rules to follow.

In India, I have ZERO control over everything. Like I said, I can’t even cross the street on my own! Nothing I plan will go according to plan… So I have no choice but to let go of my natural Type A tendency to control everything. It’s impossible to do that in India. Things will just work the way the do, broken, and nobody “logical” will come and fix it. So I have to give in, be ok with things not working, expect things to not work, and let go of any control. It is how it is. And then I’m happy. Like really really genuinely happy.

This feeling was described beautifully in a wonderful book I just finished reading - the Worrier’s Guide to the End of the World: Love, Loss, and Other Catastrophes–through Italy, India, and Beyond:

“But what is perhaps the strangest thing about walking through India is that you can come, over time, to love every minute of it, from the funk to the beauty and all the bits in between. You come to love it because, in order to cope, you have to give up on trying to mentally categorize a thousand simultaneous encounters into “good” and “bad” and instead let things be what they are. You stop judging and become an observer, which allows you to begin to see the moment just as it is: horrible and flawed and exquisite all at once.

In India, despite your privilege, you are not the center around which everything else orbits. All of your whims and desires aren’t met in the same way as they can be in the West. You get what you’re given. You don’t get to shape or form your surroundings, to push them in the direction you want them to move in, to swap money for granted wishes. You have very little say. You’re merely one of the many irrelevant masses of fleshy guts occupying space among many others, and there are bigger, more important masses than you, like herds of horned buffalo breathing heavily in your direction, like the single shitting cow clogging a highway.

So you give in, because there is no choice, which sounds like a bad thing but it’s not, because it’s humbling. And only when you’re humbled can you fall into a state of surrender. Now in flow, your brain is no longer buzzing with the useless narration of “I like this” and “I can’t stand that” or “This should be another way” or “I wish I hadn’t done that.” Instead, you are giving everything around you the permission to be as it is, in all its flaws, because with or without your permission, that is the way it is for now. And it’s only there for you to behold for that single three-second window, before it will move on into the swirling dust storm of atoms and become a new version of itself.”

Control is an illusion. A nice bedtime story we tell ourselves in the West to sleep at night. In India, you are forced to confront the true chaos that is life. That true chaos makes me really really genuinely happy.