Celebrating the Holiday of Lights in a Durga Temple in India 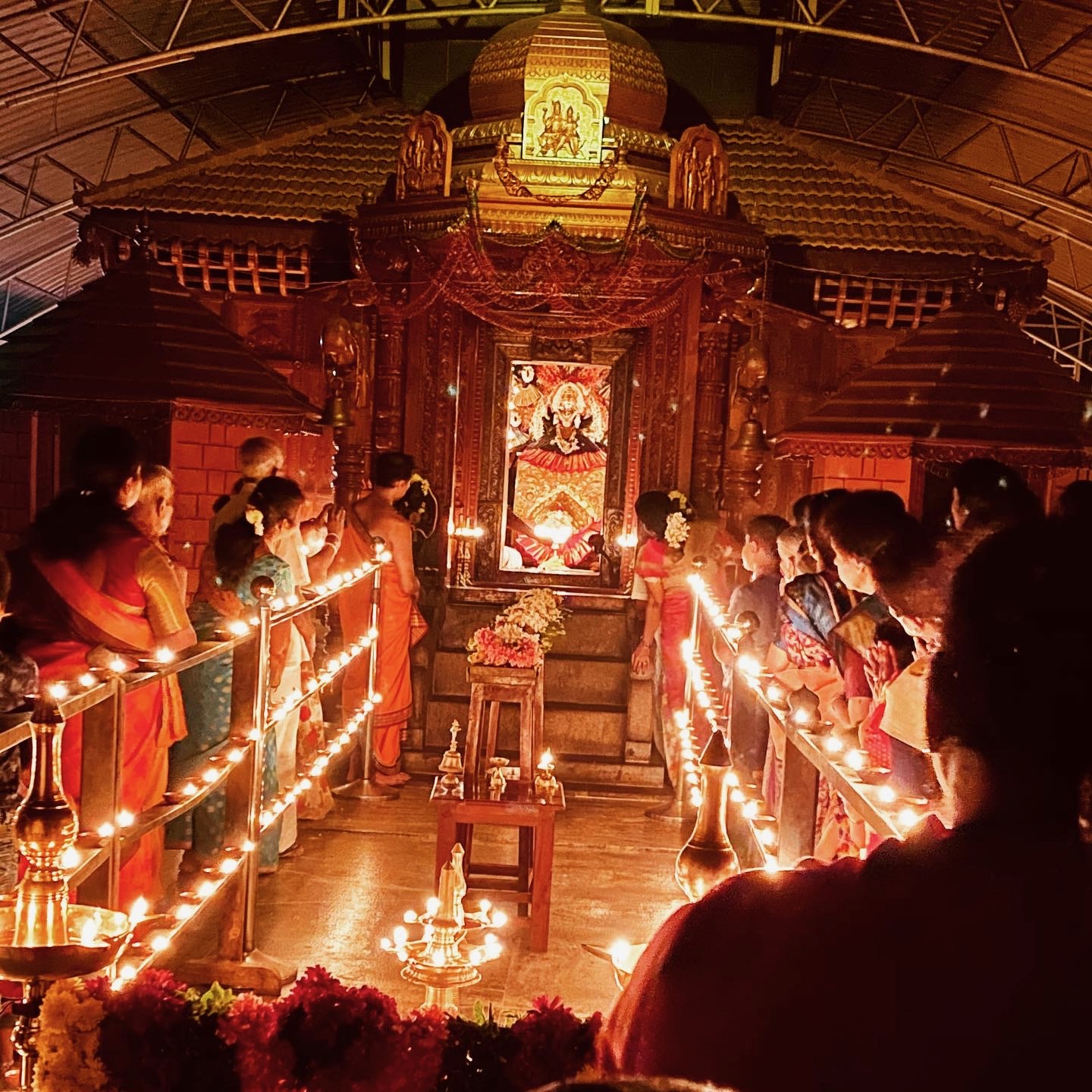 The Shri Durga Adishakthi Temple honoring the Hindu goddess Durga is a very short walk away from where I’m staying in Udupi, India. I happened to walk past it on December 14th during my daily walk and noticed that they were placing A TON of candles in different formations all around the temple. The priest came out and invited me to come to the celebration at 7:00pm. I didn’t think I would make it due to other plans, but things worked out otherwise and it ended up being one of my top experiences here in India. Simply incredible!

As I arrived, the priest introduced me to one of the local community women who became my guide and took me through the back of the temple to another temple that I didn’t even know was there! This one was for Naga, the Hindu snake god.

Naga, (Sanskrit: “serpent”) in Hinduism, Buddhism, and Jainism, a member of a class of mythical semidivine beings, half human and half cobra. They are a strong, handsome species who can assume either wholly human or wholly serpentine form and are potentially dangerous but often beneficial to humans. ~ Britannica

The musicians started playing and the celebration began. The priest did prayers and offerings to Naga as everyone watched.

The community women then guided me to take on of the numerous oil candles and start lighting! Many others participated. It was sooooo much fun! We lit up the path we walked earlier in complete dark :)

We then walked back to the Durga temple, where I got to talk to some of the community members, and then proceeded to light up many more candles, arranged in amazing patterns. I chose to light up ॐ! 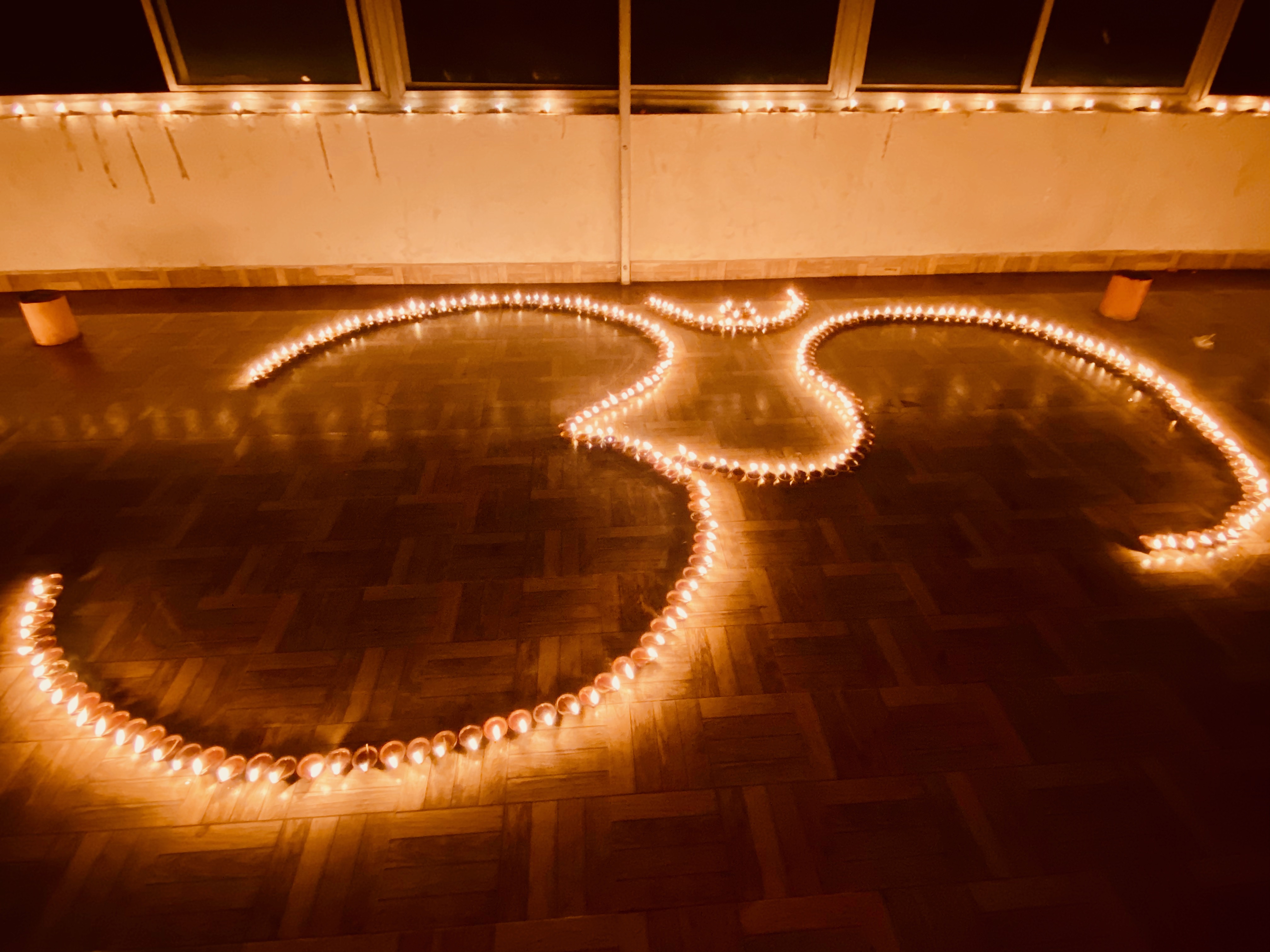 Other patterns included a flower:

And श्री, a symbol of wealth and prosperity. 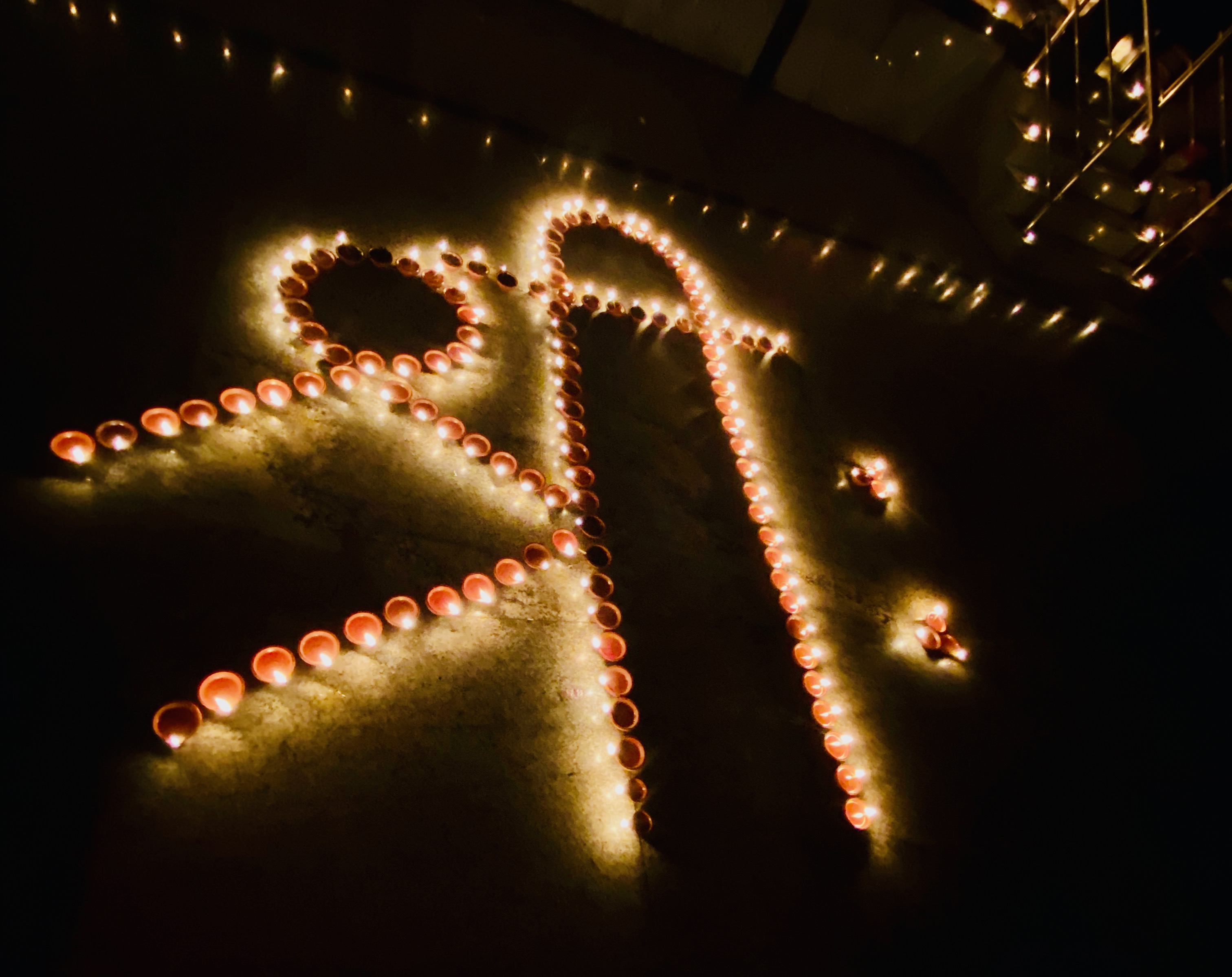 There was also a super giant outer circle and mini inner-circle:

There were sooooooo many oil candles. Definitely a fire hazard that would never be allowed in the U.S. I LOVED it! And speaking of fire hazards…

There was a HUGE fire pit right in the middle of a very walkable part of the floor that had no caution tape around it or anything. It matched the floor and fit in perfectly, especially in a dark candle-lit room. And was pretty deep and full of hot coals. So if you fall in, there would be no way to climb out unless someone gets you… I almost fell in as I was crossing that part of the hall, but just as I needed to take one more tiny step, suddenly I fell the heat and stopped. Nobody else, not even all the children that were there, fell in the whole time! That is the magic of India at work!

Finally, the ceremony started as the priest did a lot of prayers using a lot more lights around the inner Durga statue while the musicians and bells played loudly to create a trans-like atmosphere:

At some point, they passed out flowers that had the consistency of cheese and I got to throw them in! Afterwards, they went around to all the other statues in the temple and offered them fire as well. I was mesmerized!

Being a nomad, I’m not big on holidays. But it was amazing to be able to spend Hannukah lighting SO MANY candles in a Durga temple and to celebrate the Holiday of Lights in another culture. We are all more the same than different :)