Getting an Ayurveda Treatment in India 💆🏻 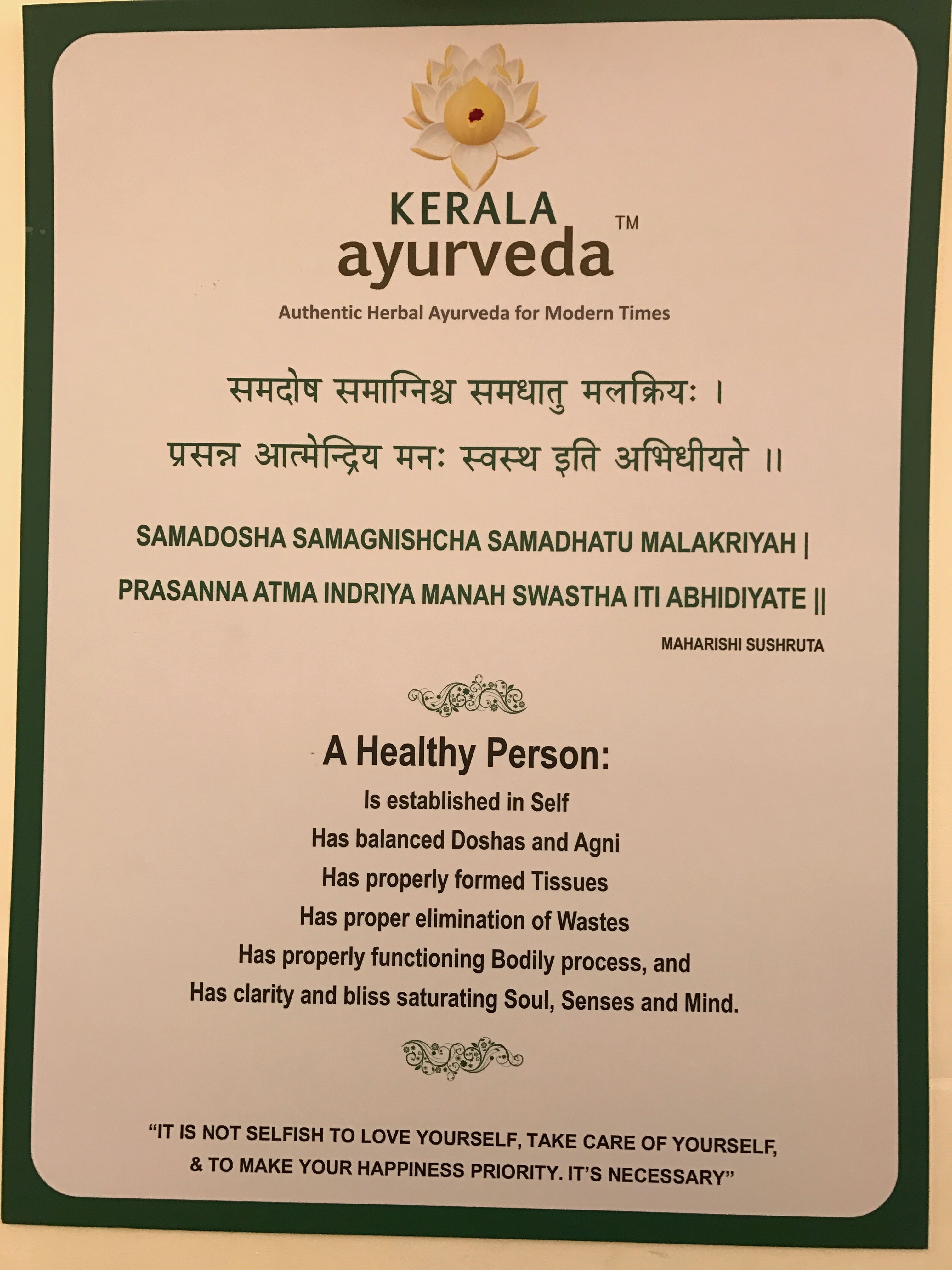 When I had bad issues with an allergy that wouldn’t go away, my friend @vaish recommended some Indian herb remedies (Turmeric is some serious magic!). I’ve been to doctors in the U.S. and nothing worked. But @vaish’s advice did! Every since then, I’ve listened to @vaish. When I got a cold, I got ginger shots at a local juice shop in San Francisco. It was spicy, but definitely felt like it killed everything.

So getting a holistic Indian treatment was on top of my list during my visit to India. My friends explained that I need to go to a Kerala Ayurveda Center.

“Ayurvedic medicine – also known as Ayurveda – is one of the world’s oldest holistic (whole-body) healing systems. It was developed thousands of years ago in India.

It is based on the belief that health and wellness depend on a delicate balance between the mind, body, and spirit. The primary focus of Ayurvedic medicine is to promote good health, rather than fight disease. But treatments may be recommended for specific health problems.” - WebMD

One of the big treatments that I kept seeing was one where they pour oil on your head: 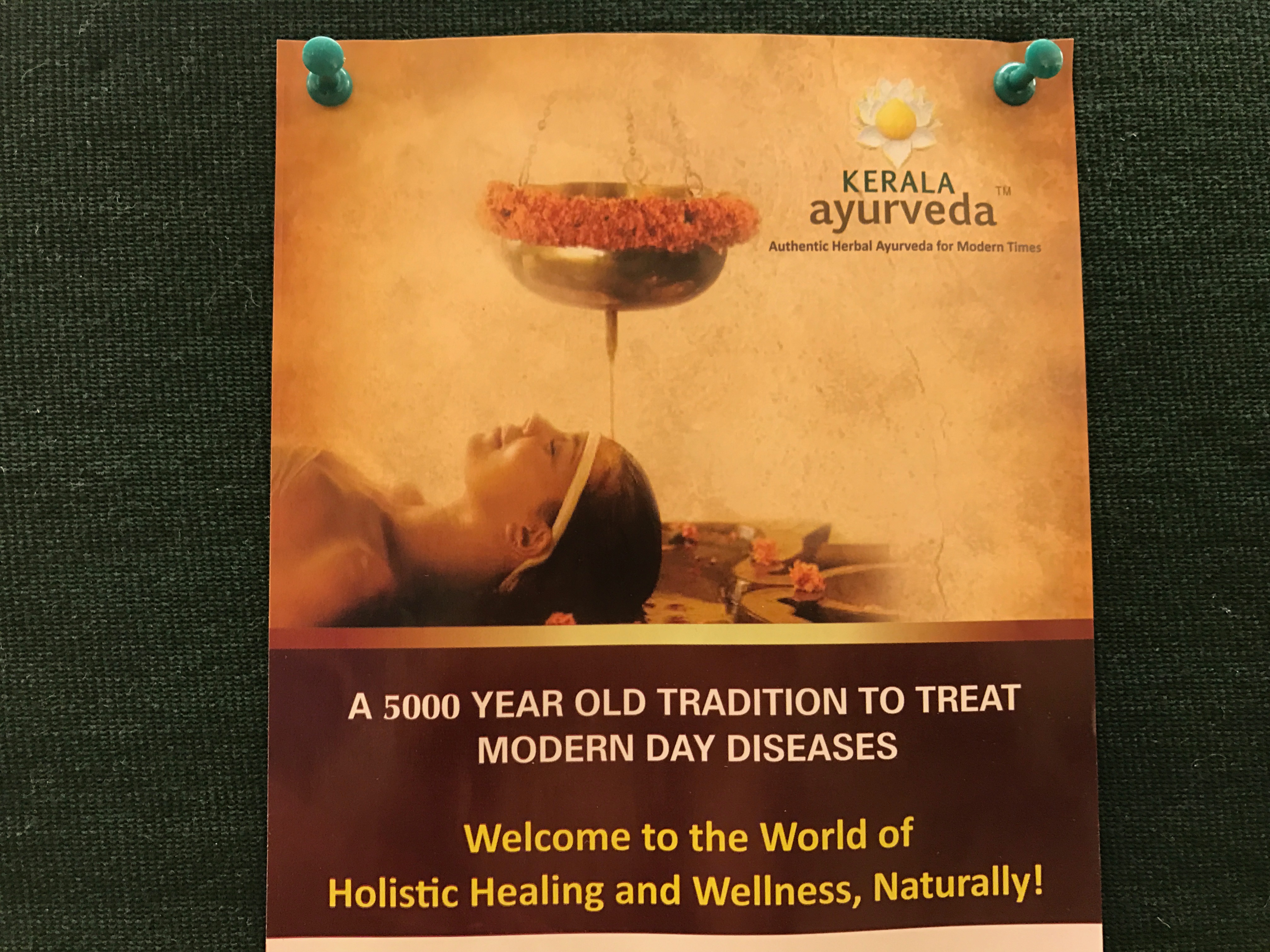 It’s called Shirodhara and is supposed to heal everything! 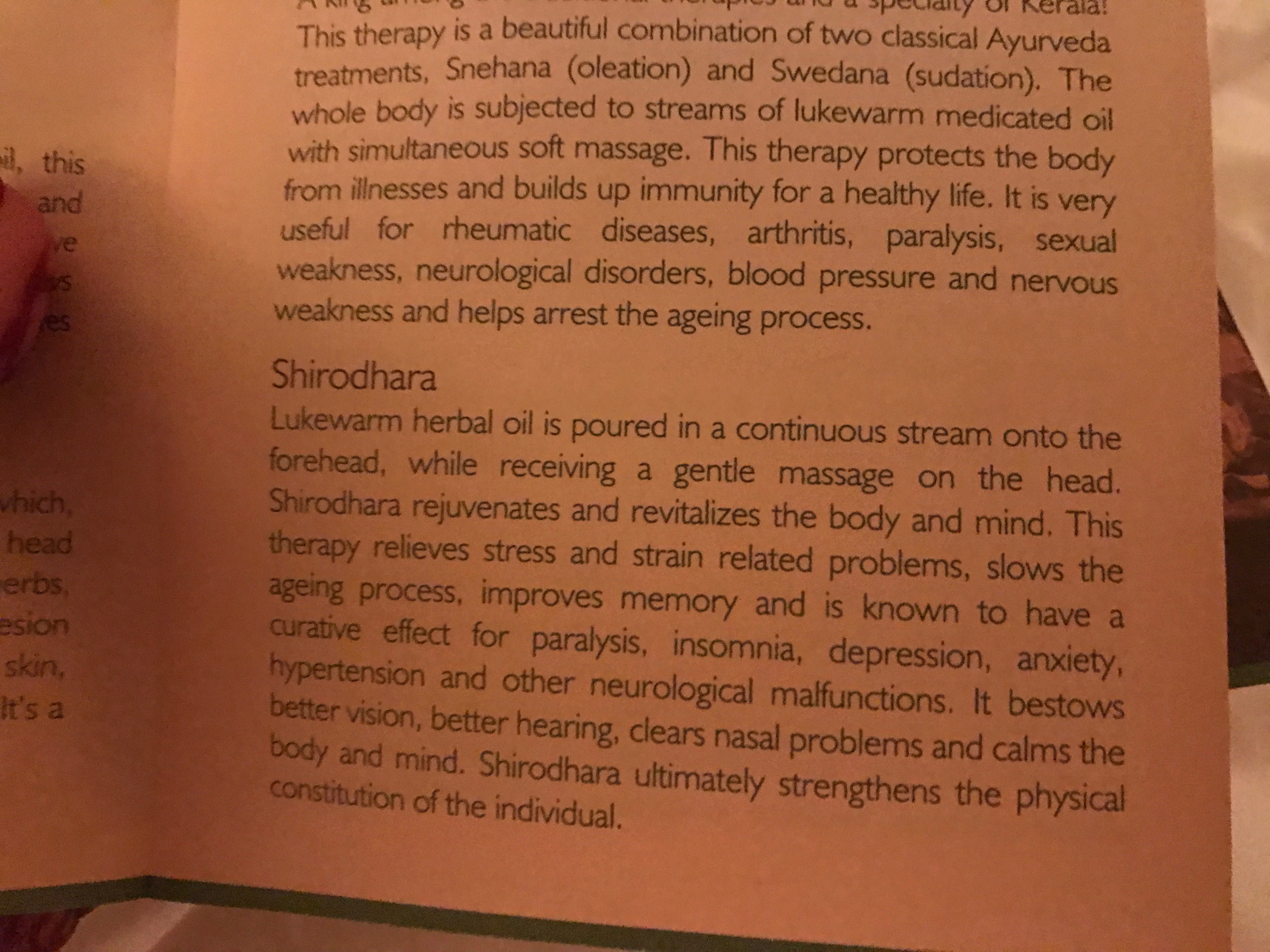 I’m used to going to spas in the U.S. and Europe, so when I entered the Ayurveda treatment room, it looked like some kind of torture chamber 😱 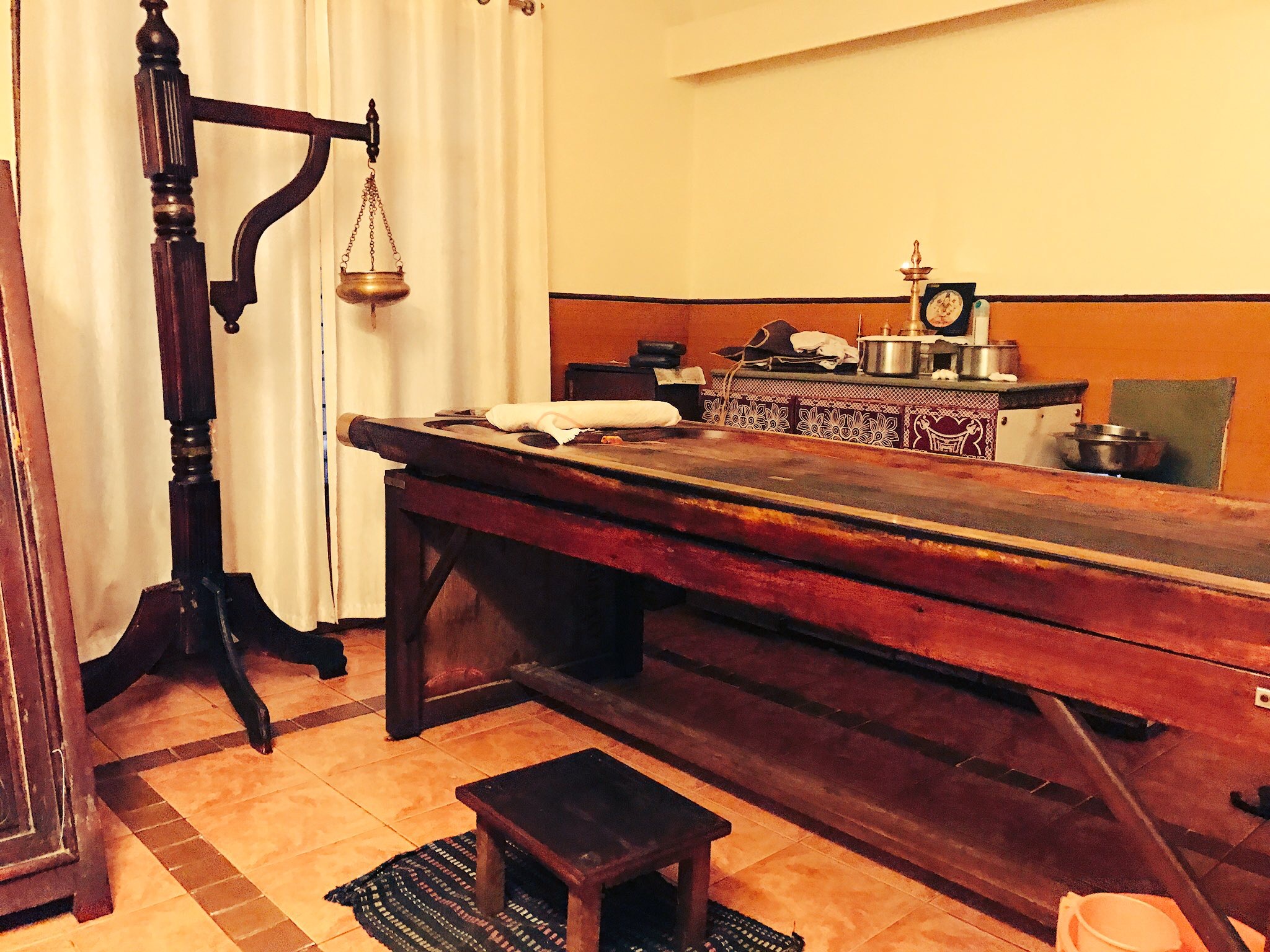 You’re supposed to get naked and lie on the wooden table while they pour oil in a different pattern over your forehead for an hour! The oil goes into your hair. Afterwords, I took a shower in the room.

It was one of the weirdest treatments I’ve ever done. But for the past week before the treatment, with lots of travel, excitement, time changes, work stress, I haven’t really slept well. I finally was able to sleep that night. It was amazing! I wish Ayurveda medicine was more prevalent in other parts of the world - I’ll have to search for it.