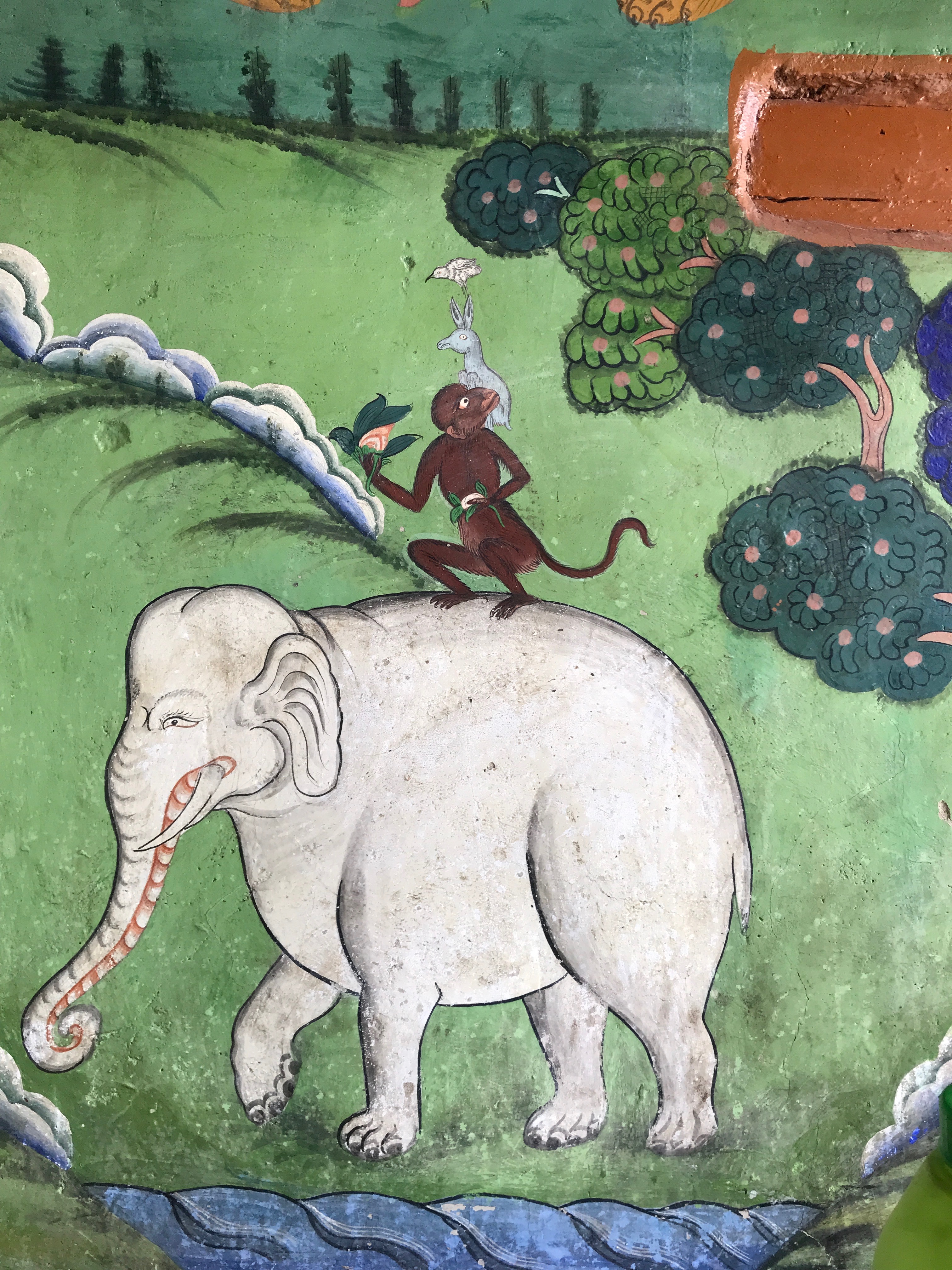 The first time I saw it was at the breathtaking Hemis Monastery in Leh, Ladakh… An elephant carrying a monkey carrying a hare carrying a bird…

I didn’t take any other pictures of the wall drawings around the monastery, but this one really caught my eye: 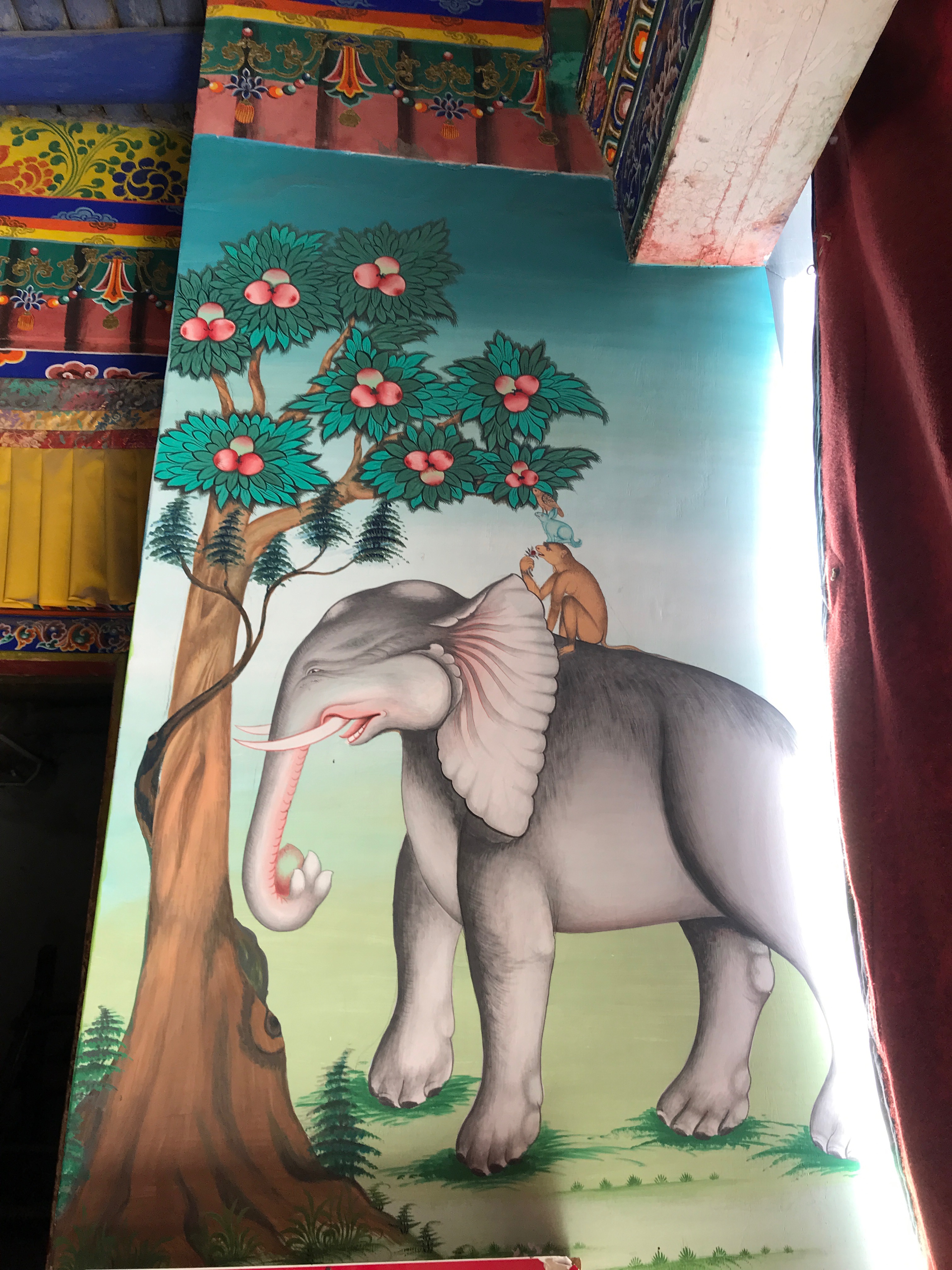 I had no idea what it was all about - I just liked it for some reason. Later on, I kept seeing this imagery come up again and again! There was even a thermos at the Vipassana Meditation course I took with this type of imagery!

Luckily for me, on one of my last days in Leh, I noticed the same imagery at a restaurant I frequented for lunch… but this time it had an inscription at the bottom - The Four Harmonious Friends: 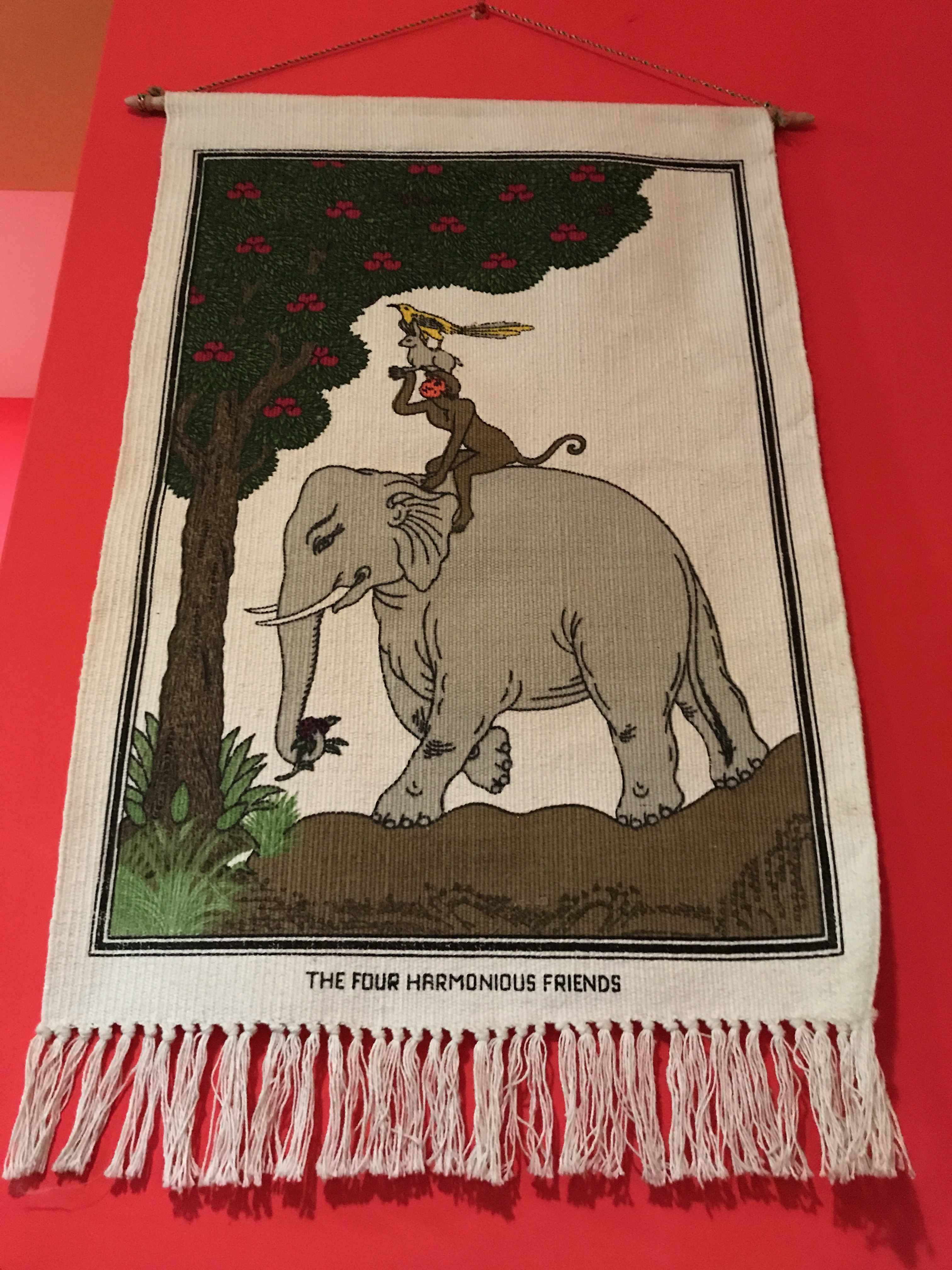 Finally, a reference point to look up! According to Wikipedia:

While the theme of the story is respect for seniority, this is the aspect of it that truly stayed with me:

“The image of the animals standing on each other’s shoulders, on the back of a patient elephant, also portrays social and environmental harmony: the bird finds a seed and plants it, then the rabbit waters it, and the monkey fertilizes it. Once the seed sprouts and begins to grow, the elephant protects it. After some time, the small plant grows into a big, beautiful tree full of healthy fruit. By working together and using their individual talents, the four friends are able to reach and enjoy the fruit.”

So now if you see this beautiful imagery in Buddhist art, you’ll know what it means :)