The Surprise of Buddhism as an Organized Religion 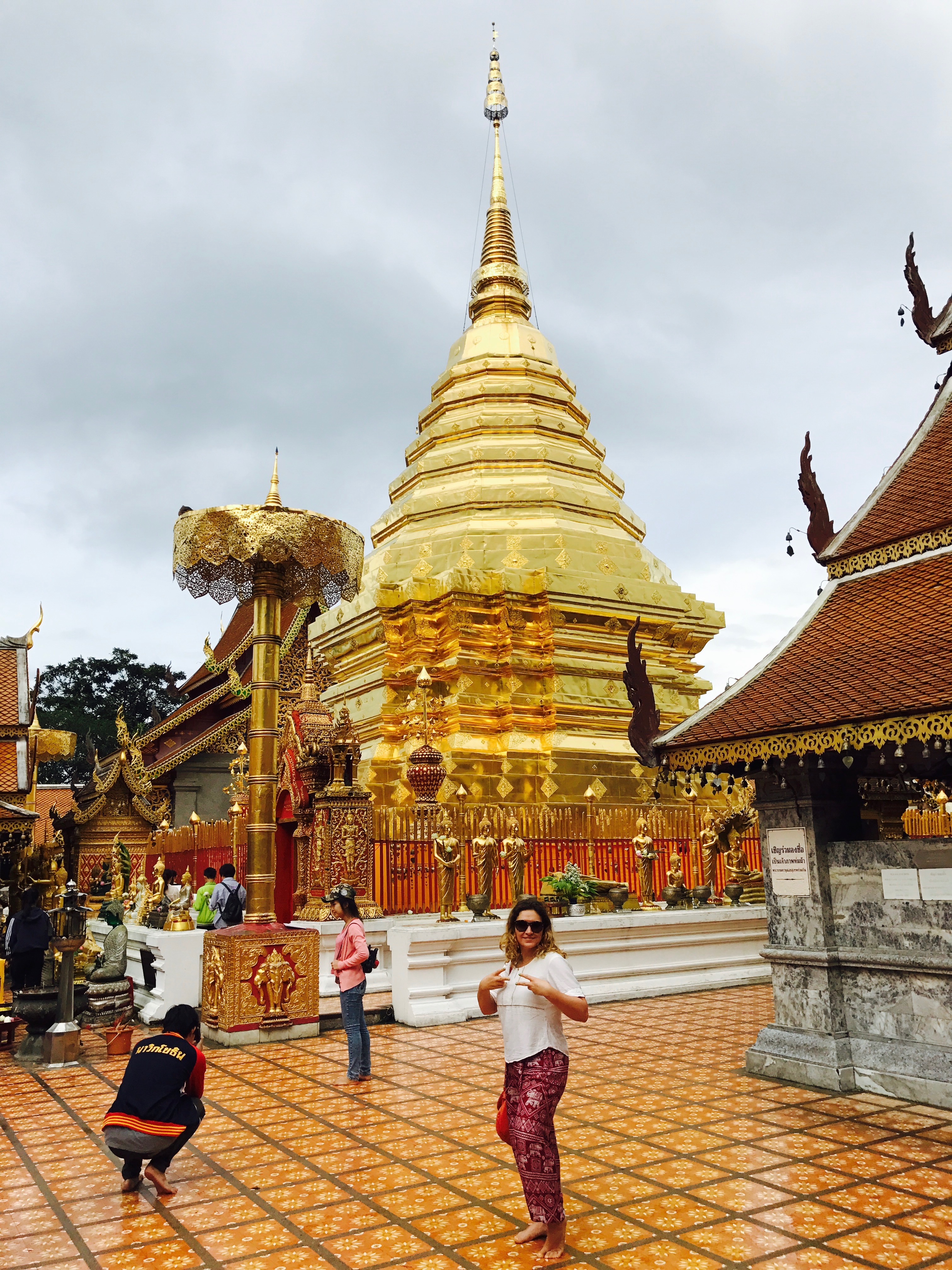 Unfortunately, in the United States schools, we don’t learn much about the world. Out of all my years of schooling, we were only required to take one one-semester world history course in high school - titled “Western Civilizations”. In it, we learned about the history of Europe. As such, we only learned about Eastern countries and cultures in relation to Europe (e.g. spice trade, Britain conquering India).

So for those who are wondering, this is why they call us ignorant Americans. We never have a chance until we travel. Many times, as I land in a new country, I have only slight stereotypes and random thoughts from unknown exposure about it - I learn as I visit! That’s just how it is.

Thailand was no exception. I had no idea that it was a Buddhist country until I started visiting temples and seeing signs about how Thailand is “The Land of Buddhism”. However, in this case, I didn’t really seem to understand Buddhism either.

From my limited understanding of world religions outside of Christianity, Judaism, and some Islam (we don’t learn much about other religions in the US either), I thought of Buddhism as a personal spiritual quest to search for nirvana. Something about zen and meditation… I never imagined it as an organized religion until I visited Thailand!

Knowing that Buddha gave up all his worldly possessions, I was shocked to see the temples focused around money as a way of worship. People stuck money into a stick in front of the Buddha statue! 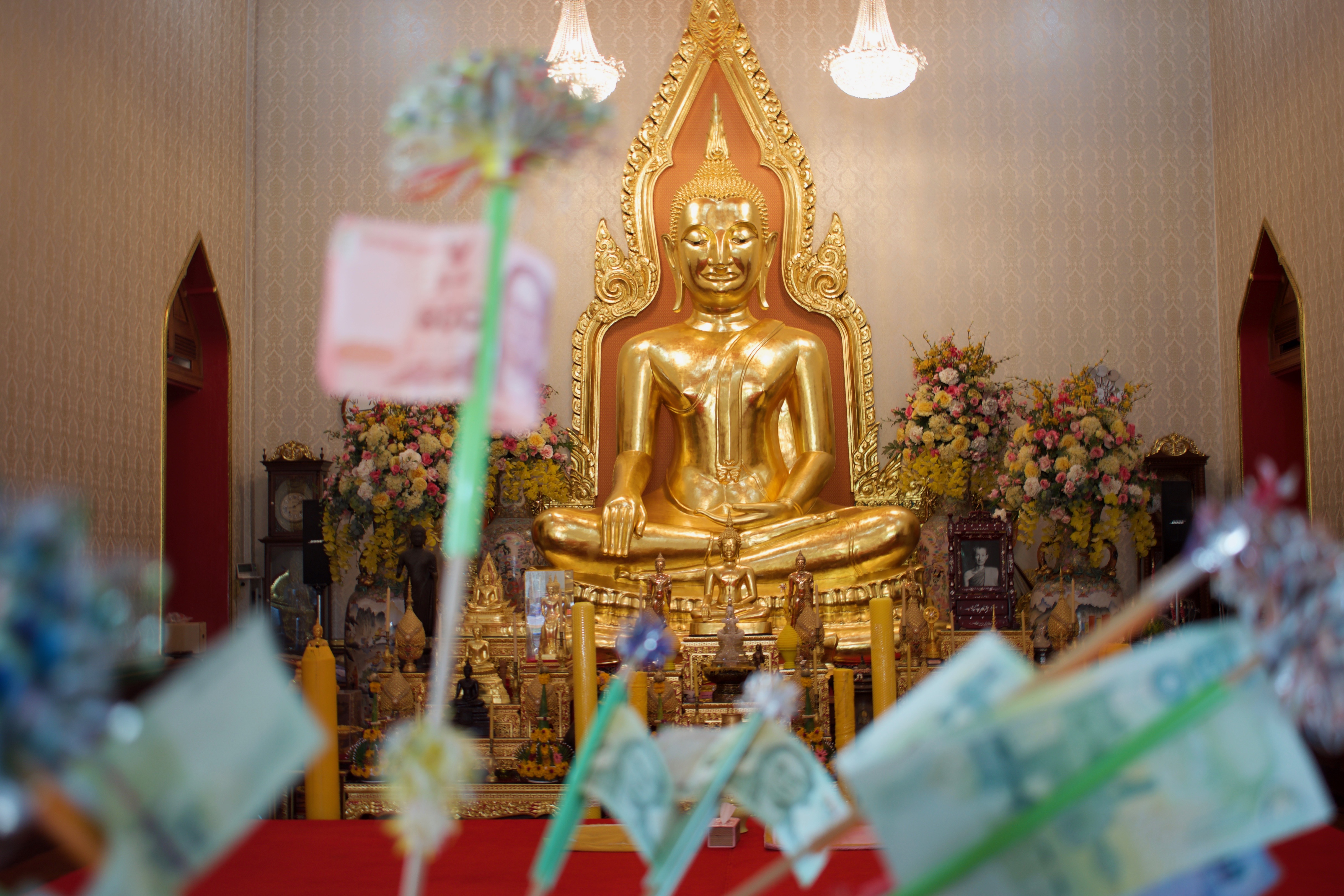 These were super novel ways to collect money for me - including sticking coins on a sticky surface: 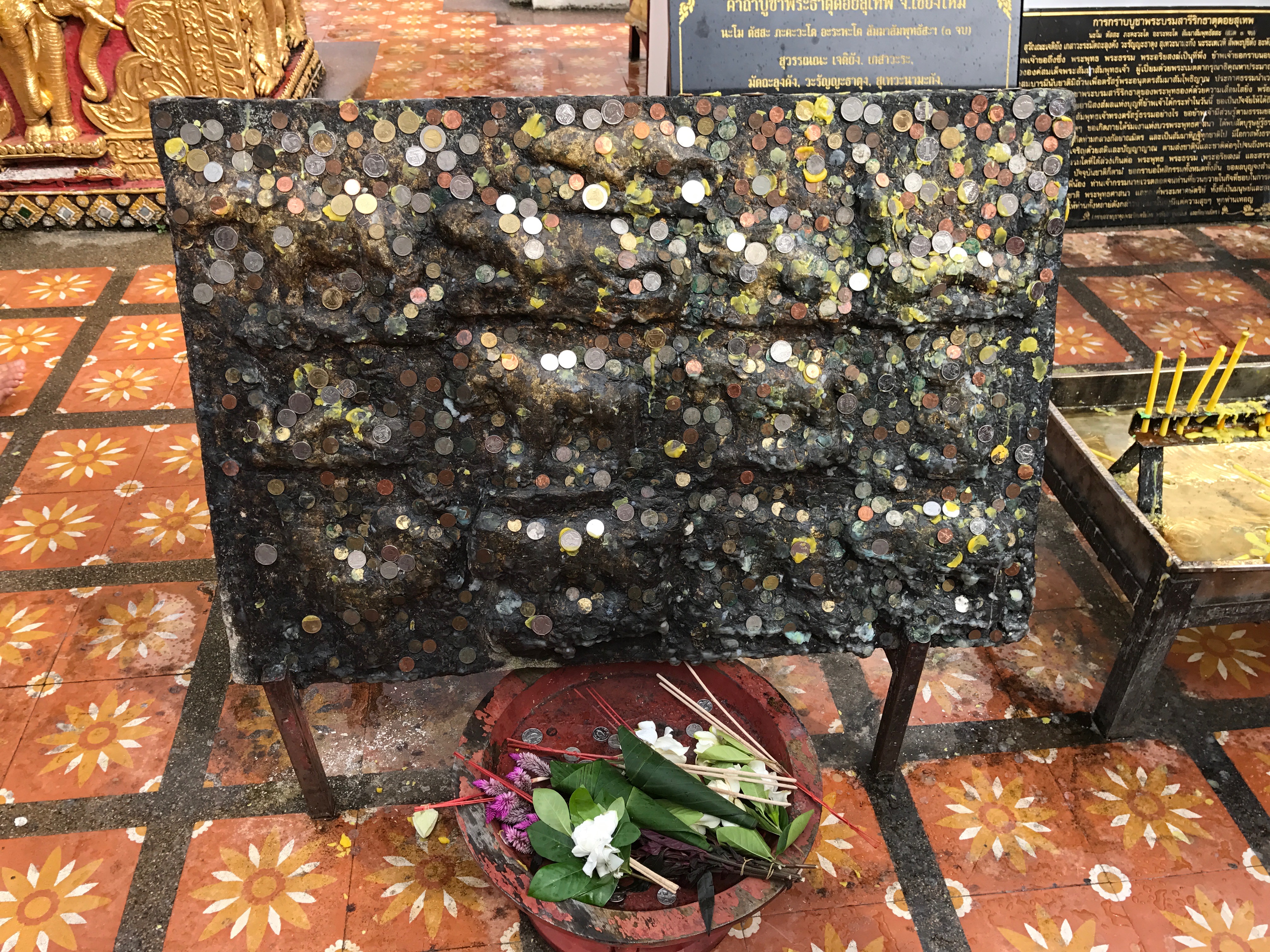 And then there was the normal act of throwing coins in a fountain… with a gold lotus flower in it: 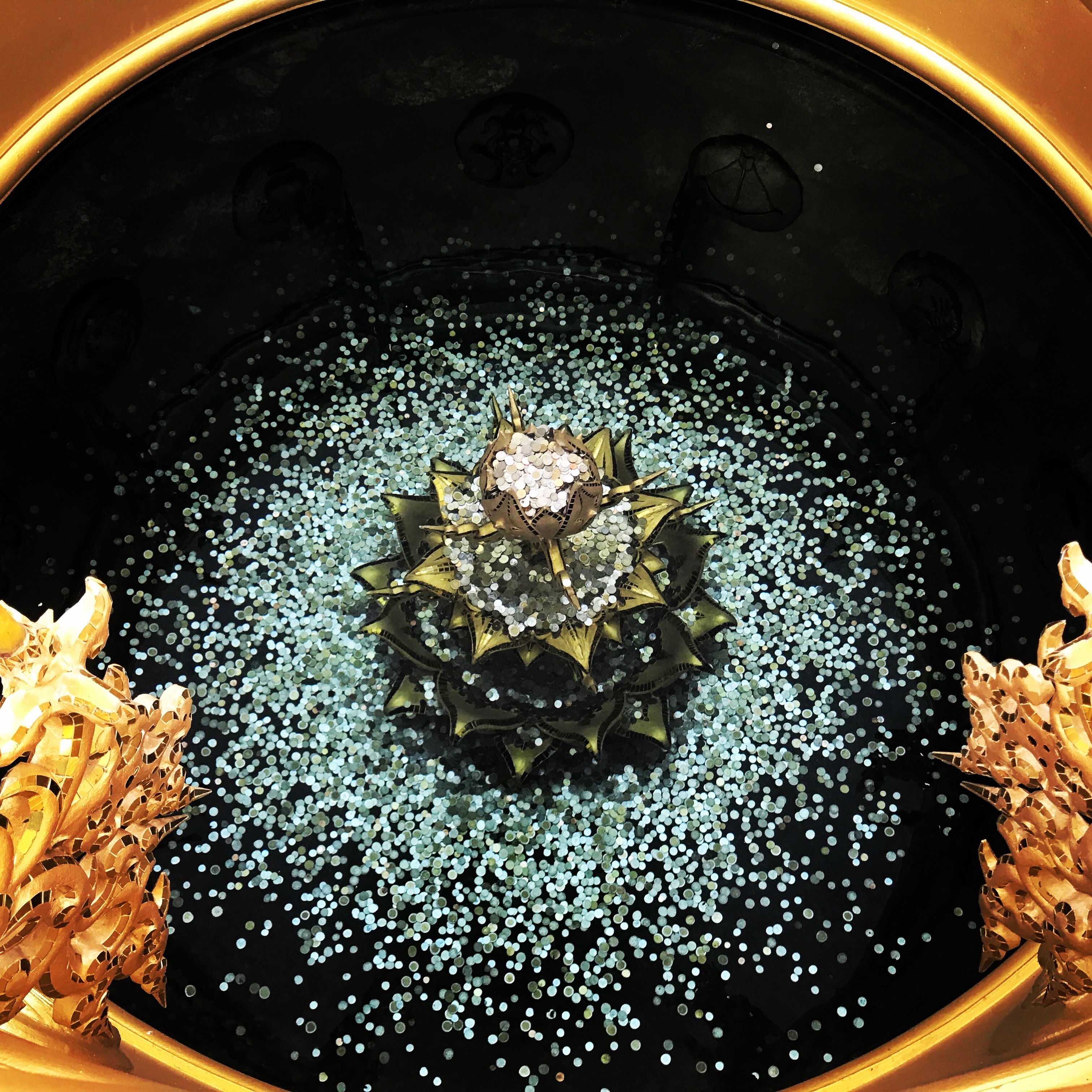 Each temple honored Buddha by building a grander statue than the next. This one was made of solid gold! 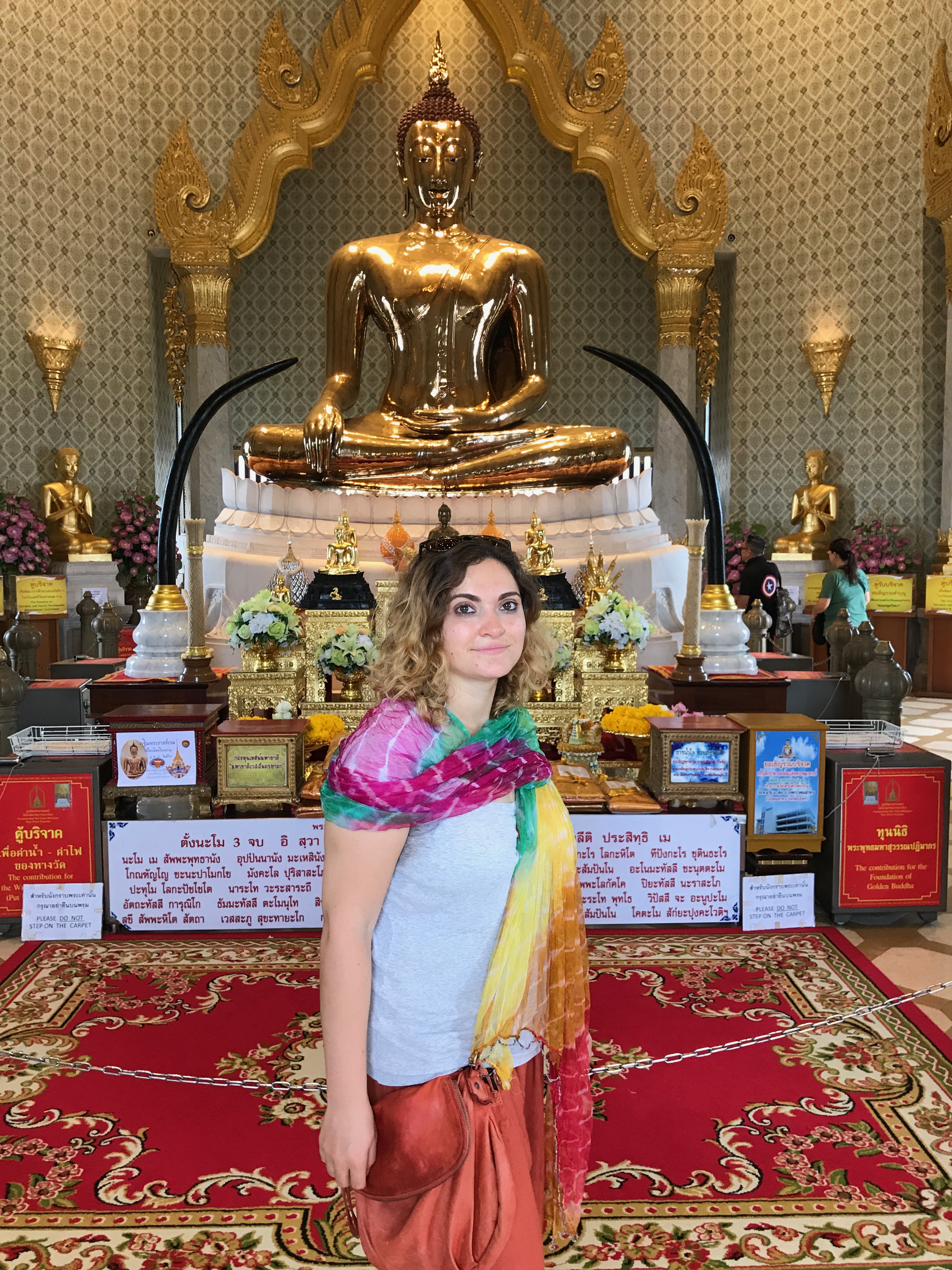 There was a Buddha made out of Jade! 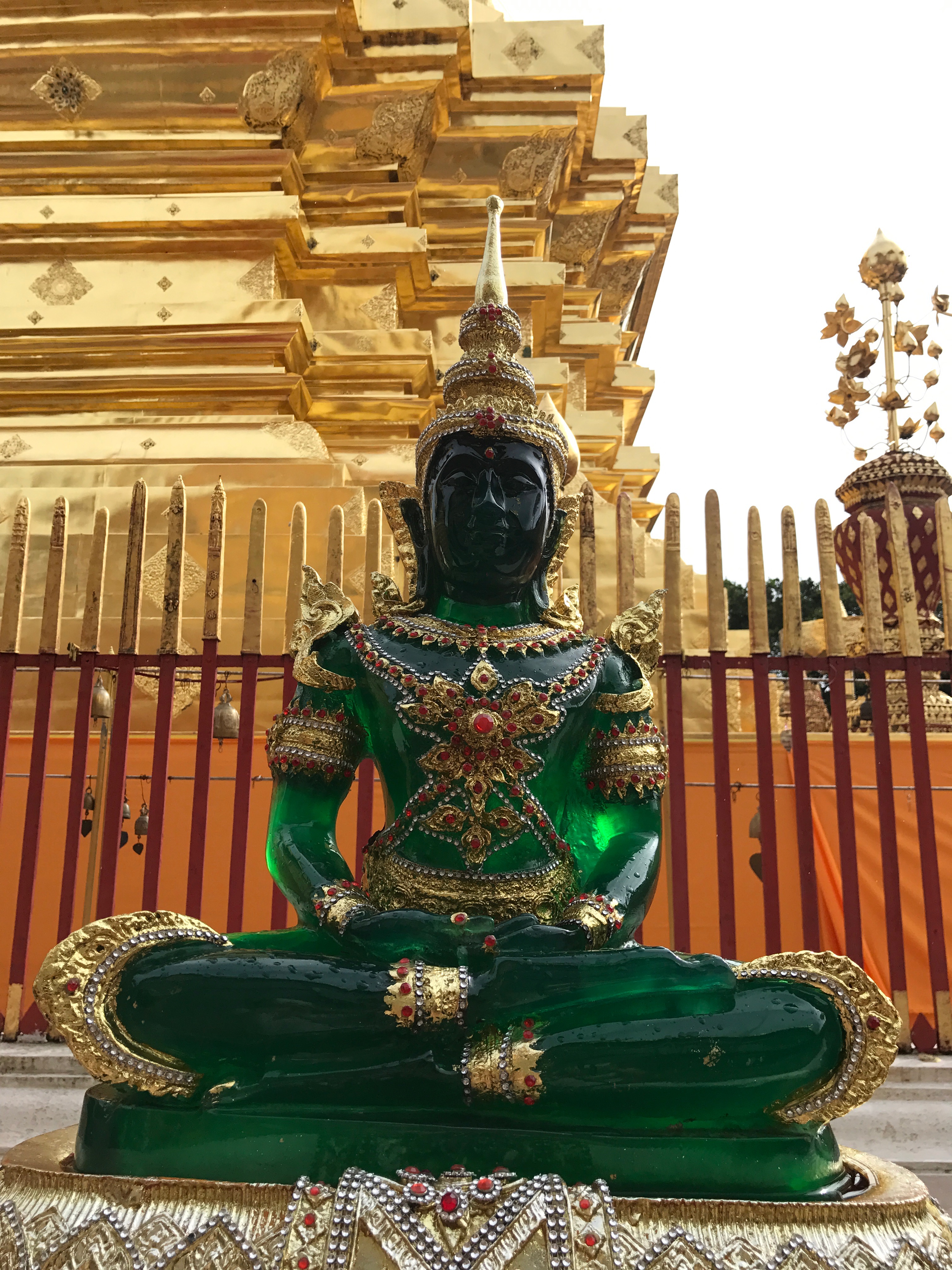 And then there was this amazing big Buddha: 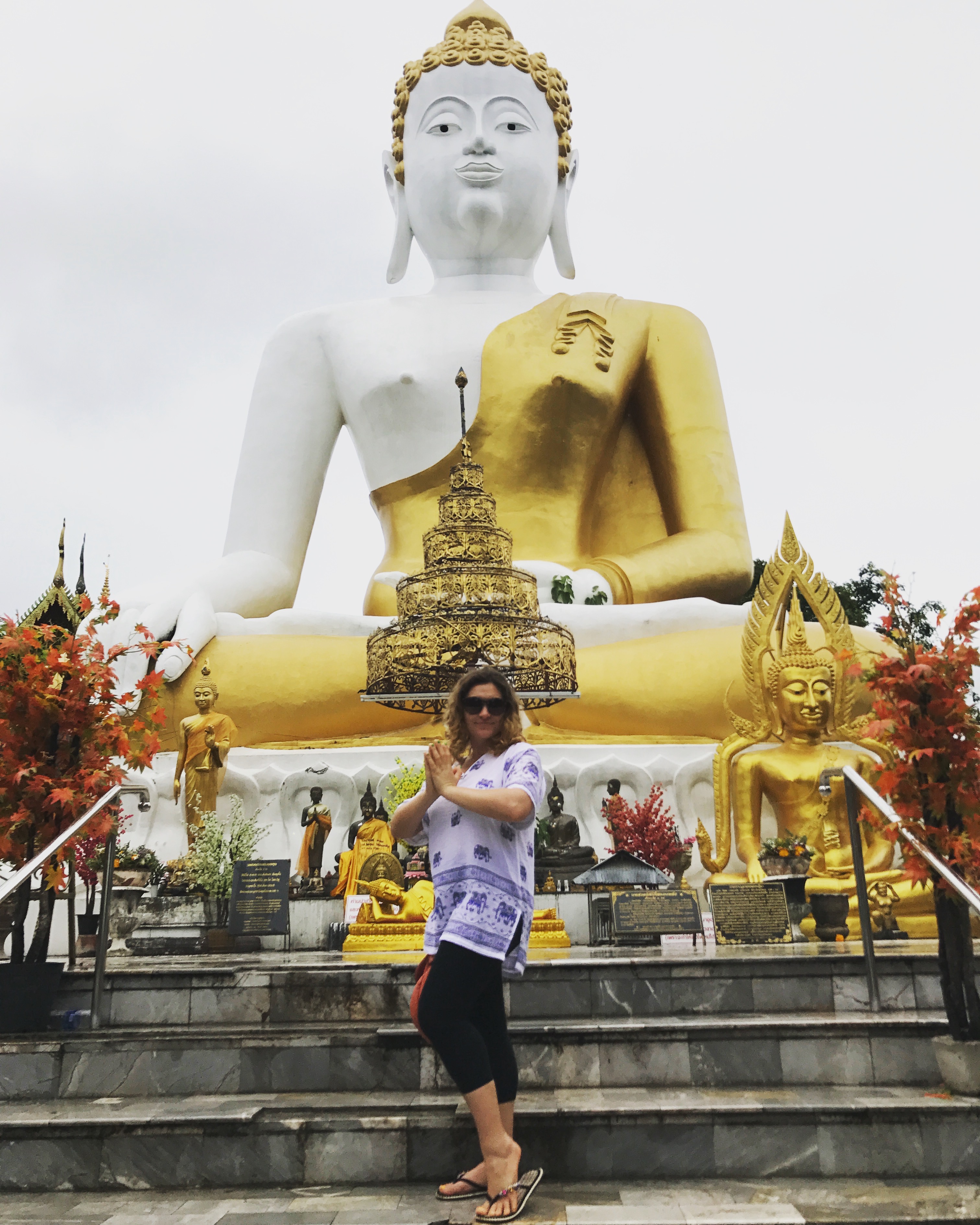 I was just surprised by it. In retrospect, maybe I should not have been!