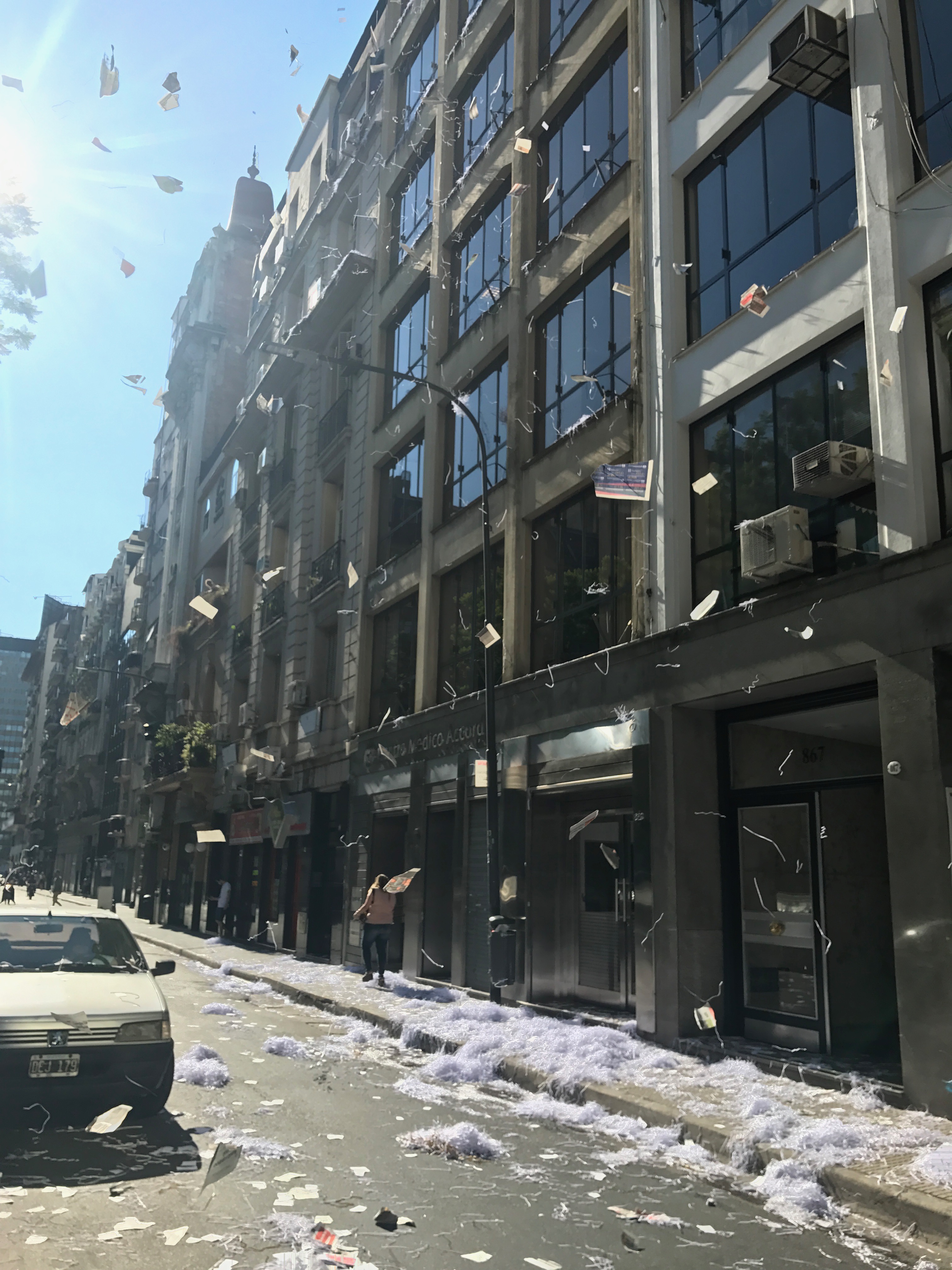 I was walking down the street in Buenos Aires a few days before New Years, and I started noticing a ton of pieces of paper floating around the city. My first instinct was to get angry. It’s pollution! Why would someone throw so many pieces of paper on the street?!!! One piece of paper got stuck to my shoe and I got grossed out. But as I kept walking around for the next few days, I kept noticing these pieces of paper everywhere! At this point, I was confused. Maybe there was some kind of massive recycling truck accident?

Finally, as I was checking out at a store, I saw these pieces of paper float around, coming from the sky now! Still thinking it was some kind of horrible recycling accident causing so much pollution, I asked the store clerk about these papers (in Spanish 😌) expecting her to be as confused as I was. Instead, she explained that it’s a New Years tradition for office workers to shred paper and throw it out the window!

As I walked out of the store, I saw the source of the paper!

Well, that looks like fun! And also snow! In the summer!! If I was an office worker at the end of the year, shredding documents and calendars and throwing them out of the window would be sooooo much fun! Not to mention cathartic!

Apparently in Uruguay, they also add water balloons to this tradition!

@natashathenomad the difference is that we don't shred anything and we add water balloons to the game. pic.twitter.com/zadv4XHzxF

But of course, not everyone is excited about this tradition - given that it does pollute the city. One local I talked to mentioned that it’s a real problem if it rains and all the paper gets wet.

@natashathenomad a really shitty and messy tradition, I might add.

Personally, now that I know about this tradition, I find it pretty entertaining. If I was an office worker, I’d want to do it!! But of course, the other side is messy and ugly and not that great for the earth. My local friends told me the tradition is dying for this reason.